Is This the End of the Line for Your Favorite Store?

Home » Our World » Is This the End of the Line for Your Favorite Store?

Last year set a new record for store closures in the United States. Guess what? This year will be much worse. With the Covid-19 pandemic hitting people around the world between the eyes, many companies already struggling to keep their lights on could be forced to turn them off, for good. Gildshire wanted to find out just how much your favorite store is suffering.

How bad is it?

France and Italy closed their nonessential retailers indefinitely in a nationwide attempt to curb the virus’ spread. Thus far, the United States has not reached that point, but quite a few companies have voluntarily closed their doors indefinitely. That list includes Patagonia, Nike, Urban Outfitters, Apple, and Abercrombie and Fitch. Last weekend, Walmart announced reduced hours at many of their stores, partly to give workers a chance to stock coveted items, such as toilet paper.

That would be a good question for a mob psychologist.

Are workers still getting paid, or are they completely out of luck?

For companies that rely on in-store sales to cover rent, a decision to close a store, even for just a few weeks, is a hard one. The clothing sector will be particularly hard hit by this thing. For most of us, a new suit, handbag, or pair of expensive shoes is the last thing on our minds.

I know malls were already struggling. How are they doing during this crisis?

New Jersey’s American Dream Megamall is closed through March 31, at least. That delays the debut of the retail portion of the American Dream property. That was supposed to happen on March 26. 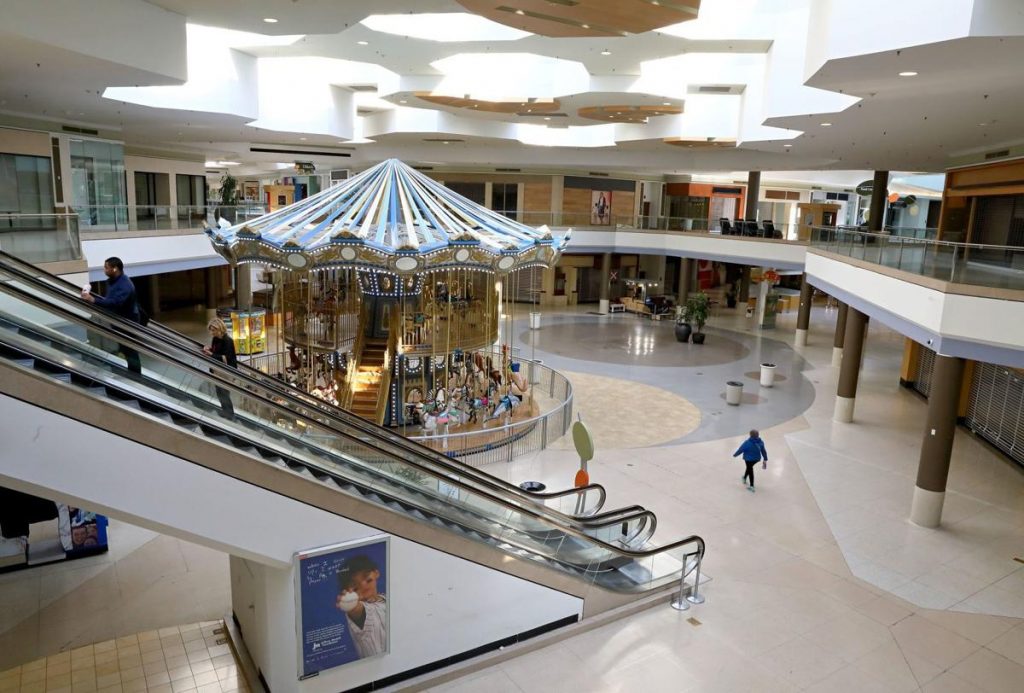 Was your favorite store in the King of Prussia Mall?

The King of Prussia Mall (a Simon property) in Pennsylvania closed every retail tenant in the place that is considered “non-essential.” That blanket closure was based on Gov. Tom Wolf’s recommendation. Doubtless it included “your favorite store” for some folks.

Every “non-essential” property is closed. What does that leave open?

Here is what Vibhu Norby has to say about the situation. He’s the founder of B8ta, which occupies space in 22 malls around the United States.

“Most of the [mall owners] up until Friday … were sort of in reactionary mode, waiting to see instruction from local government. It is not in their nature to be proactive about these things. I don’t think most people understand. The consequences of this are not minimal. This is going to be the death of a lot of companies.”

Entering the third week of the crisis, the future for much of American retail is, frankly, a murky sight. President Trump’s call to “open up America” in the next few weeks will gladden the heart of Wall Street. But, will it be premature and deadly for older Americans and those with pre-existing conditions. Only time will tell. For now, your favorite store may be closing. One more thing to add to the worries that plague us during this difficult time.

Expand the Scope of Your Outdoor Spaces

Why Eating Too Much Fruit Is Bad For You