Vaping is marketed as a better alternative to traditional smoking,  and it seems to have worked, especially among teens. The industry is booming. However, a rapidly-growing flock of cases is forcing the question: Is vaping dangerous?

A brief history of vaping

Herbert A. Gilbert came up with the first e-cigarette in 1963. He got a patent and everything, but when he tried to sell it, cigarette manufacturers weren’t interested. Traditional smoking was popular, and few people were concerned about the health consequences. Fast forward to 2003, when medical researcher and pharmacist Hon Lik started worrying about his addiction to cigarettes. Lung cancer killed his father, and Lik feared the same thing would happen to him. Legend has it that after an inspiring dream, Lik came up with an electronic cigarette that allowed users to inhale what was essentially vaporized nicotine, eliminating the need for tobacco and the toxic chemicals that came with it. He patented both the e-cigarette and liquid, and started selling in Europe and the US in 2006.

Most of the first e-cigarettes were used once, but now, most vapers are using vape pens. Vape pens are a type of e-cigarette, but not all e-cigarettes are vape pens. Vape pens usually have four parts: a battery, electronic circuits, a mouthpiece, and heating element. A plastic “tank” in the mouthpiece holds liquid known as e-liquid or e-juice. This liquid is made by extracting nicotine from tobacco and mixing it with a base. It’s easy to add lots of flavors, too. How much nicotine is in e-juice? It depends. Some don’t have any or a teeny amount, so it’s all about the flavor. Others have high concentrations, and people who are trying to replace traditional smoking usually go with those.

When the user sucks on the mouthpiece, it activates a battery-powered heating element, vaporizing the e-juice for inhalation. When the e-juice is used up, users refill the tank. The battery can cause problems, especially when not cared for properly. It’s a lithium-ion battery, which are naturally unstable. If overcharged or faulty, they can explode. Between 2009-2016, the U.S. Fire Administration reported 195 accidents and 133 injuries, some as serious as broken jaws and teeth. The battery doesn’t make vape pens more dangerous than cellphones or laptops, which use the same type of battery. Vapers should be choosy about the quality of their pens and look for safety features like overcharge protection and venting holes. 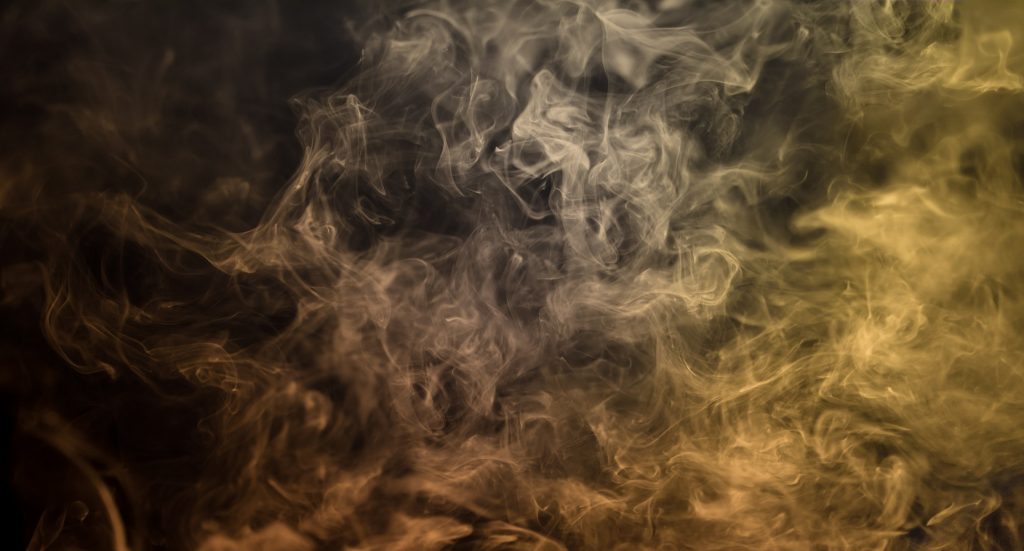 Are claims that e-cigarettes are “healthier” just smoke and mirrors?

Is vaping dangerous because of vitamin E?

The real issue with e-cigarettes and vapes now, however, is the disease. Earlier in September, the CDC said that numbers of severe respiratory illnesses among users (both nicotine and cannabis) have gone up to possibly 450 across 33 states. Five people have died. The investigation is still in its early stages, though the CDC said the lung illnesses were “likely associated with chemical exposure.” It could also be vitamin E acetate, which was found in very high amounts in most of the cannabis-containing vape products analyzed by New York health officials looking at the cases in their state. Vitamin E is normally not harmful, and it’s actually desirable in certain amounts, but when inhaled, it has oil-like effects on the lungs. This discovery could direct the research on whether or not vaping is dangerous.

So is vaping dangerous? Maybe. The Trump administration certainly thinks so, as it recently announced it would pursue a ban on flavored vaping products. This would put vaping companies like Juul in a bind, so we can expect a fight.

The vaping lung disease remains largely a mystery, though it seems to be tied to e-juices with cannabis or nicotine. For weed smokers, there’s another separate perplexing condition: CHS.