It May be Cool, but is the Mach-E a Mustang?

For months now, Ford Motor Company has been teasing the car enthusiast world. A new car was in the offing, and it had something to do with the legendary pony that everyone associates with Ford. Rumors abounded that it would be fast. Now, the truth is out of the garage, and the waiting car world has responded with a resounding…huh? It wears the Mustang badge and has a Mustang nose. But, is the Mach-E a Mustang?

I’m on the edge of my seat. I don’t know what to ask first.

Well, it is a four-door…

Yes, that is the first reaction that many Mustang lovers are having. The new car’s two extra doors set it apart from the traditional Mustang concept. But, like any SUV, it has to…

Oh, you didn’t know that either. Okay, let me describe it from the beginning. The electric motor…

It isn’t all bad news. In fact, this Mustang will go 0-6- like no Mustang you have ever driven. Ford says that it gets to a mile a minute in less than four seconds. At that speed, it will nose ahead of a Tesla by 0.2 seconds. Bill Ford, great-grandson of the very Henry Ford who started the brand says this about it,

Interestingly, this car comes out the same weekend as “Ford versus Ferrari” hits the movie screen. Because these performance numbers put another Ford in the same performance category as the fastest Ferraris on the market.

Well, it goes fast. That’s important for a Mustang. If I can only get my mind around the fact that it has four doors. That’s harder for me than the fact that it’s electric.

Yes, the four-door thing is a sticking point. That’s for sure. But, Ford hopes that you won’t see this as a Mustang replacement, but as more of an extension of the brand, you have grown to love. Ford Motor Company is counting on the performance numbers, and up to 300 miles of range per charge, to make the Mustang SUV worthy competition for Tesla’s Model Y. The new Mustang hits the market late in 2020, with a price of $59,900. The price will drop to 48k the following year when the collector phase wears off. Tesla’s Model Y will drop at about the same time, and at about the same price.

So this is like Ford versus Chevy, meaning the Mustang versus the Camaro, except in electric.

That is the way things seem to be shaping up. Goodness knows, we all love to hear the sound of a V-8 ripping up the pavement, but that was the motor vehicle’s past, glorious as it was. The future of personal transportation lies in the elegant silence of the electric car. It makes sense per mile for us, and it makes all the sense in the world…for the world. You know that it is choking on car fumes. 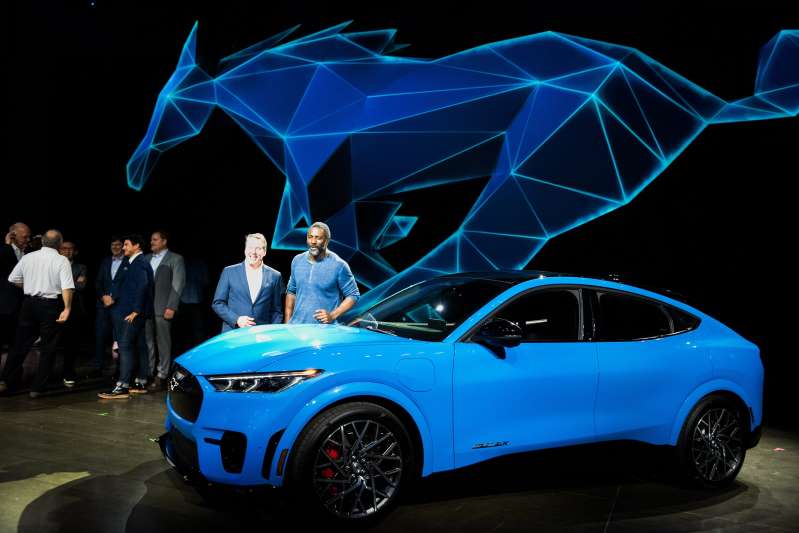 Is the Mach-E a Mustang, or something else? That’s the question facing Ford buyers.

I do know that, and I like most of what you have said. But, four doors?

It’s a brave new world, so Gildshire has decided to be brave in the face of it. Is the Mach-E a Mustang like we have known Mustangs? Not even close, in spite of what Ford tries to say. But, it sounds like a pretty cool ride, nonetheless.