Normally, this part of Brooklyn is pretty quiet. Oh, there is the occasional horn honk or loud argument. But, soon afterward, the quiet descends on this part of the so-called Red Hook neighborhood. That is until last weekend’s Formula E championships raced through town. The cars may be electric, but the action is loud and the crowds boisterous. Even better, the Formula E title was at stake.

In Formula E racing, just as in Formula One and NASCAR, there is a race winner, and then there is a BIG winner. On this day Robin Frijins would be the race winner, while Jean-Eric Vergne goes down in history as the Big Winner, becoming the series’ first two-time champion. DS Techeetah won the team title on this day, after losing to Audi Sport during the 2018 campaign. Here’s how we saw it play out through the sharp eye of our Lev Radin, who was on the scene.

Carnage in the Race’s Second Half

Formula E races are decided by mileage in a set amount of time, rather than distance traveled the fastest. With 40 minutes to go, Geox Dragon’s Jose Maria Lopez could not continue. He sustained damage from a collision with Andre Lotterer. The BMW i8 safety car deployed while wreckers retrieved Lopez’s car. Lotterer had to return to pit row, retired from the race. 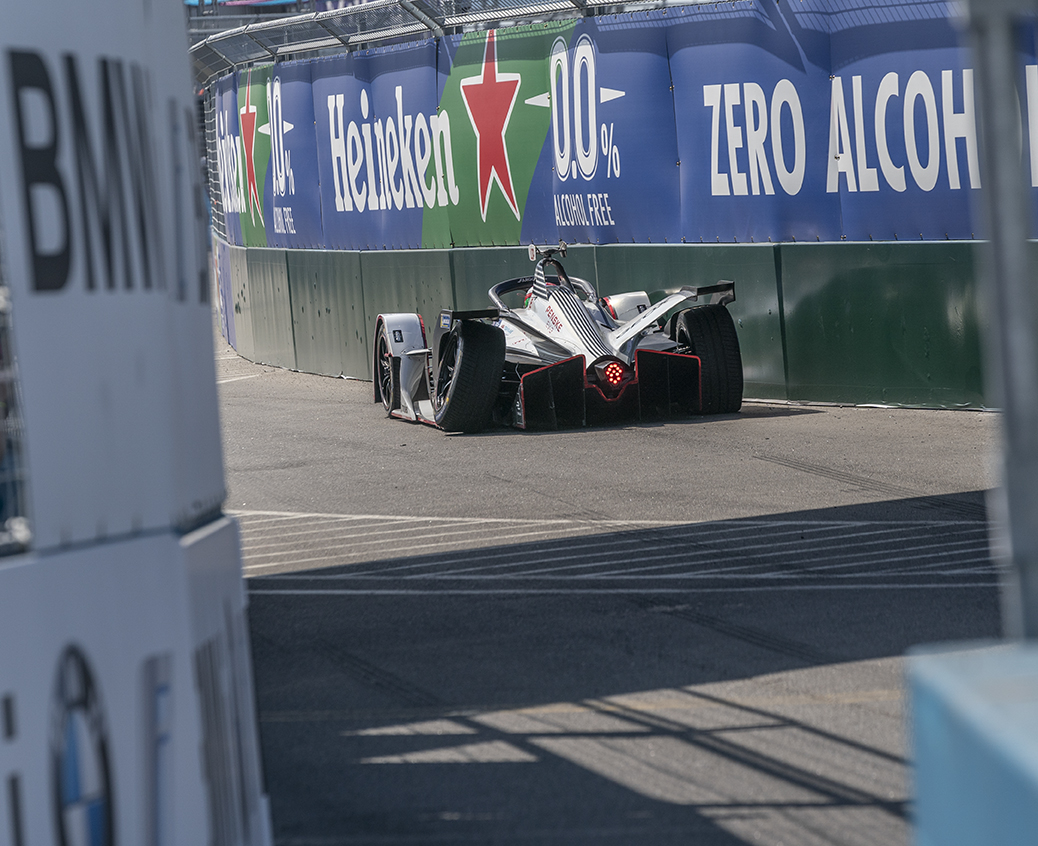 After the safety car returned to the pits, the racing restarted, but this time with all drivers going through the ATTACK MODE Activation Zone to engage ATTACK MODE. That’s where they receive an additional 25kW of power. Each activation lasts for four minutes, and the drivers are permitted to activate the power boost three times during each race.

Re-starting the race in the pole position, BMW’s Andretti Motorsport’s Alex Sims led, followed by Robin Frijns and Nissan e.dams’ Sebastien Buemi. With 25 minutes to go, di Grassi and Vergne moved into ninth and tenth respectively. Both were overall points contenders, but only a win would secure the title for di Grassi, while Vergne needed only eight points for the overall title.

With twenty minutes left, Frijns challenged Sims for the lead, forcing the Brit wide on Turn One and relegating him to second place. In a bold bid, di Grassi passed HWA Racelab’s Stoffel Vandoorne before passing Nissan e. dams rookie Oliver Rowland to move up to seventh. Further back in the pack, Vergne stayed tenth until he passed Vandoorne to finish in ninth.

Frijns held the lead through the last few laps, while Sims and Buemi finished second and third respectively. The only drama remaining would be resolved by a crash. While battling for second in the points championship, di Grassi and Evans collided coming into Turn Eleven. That took both drivers out of the running with just yards to go. 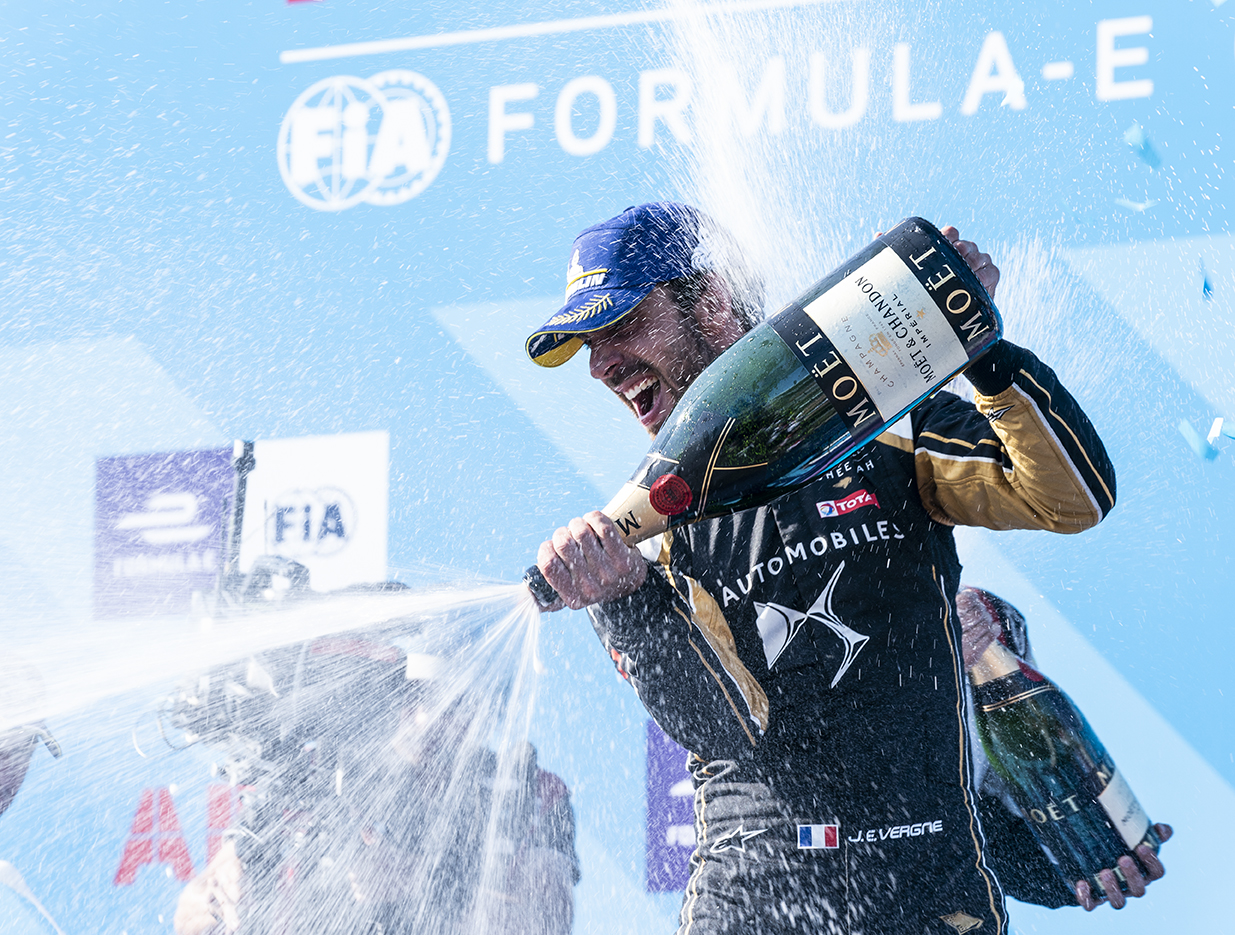 Drained, Vergne lifted his hand and saluted the crowds as he crossed the line. He was the proud owner of historic back-to-back Formula E title wins. Gildshire adds our congratulations for this memorable feat. There appears to be a dynasty brewing in the DS TECHEETAH Formula E team.