Home » Our World » Juneteenth Could Be the Next Federally Recognized Holiday

Although the Emancipation Proclamation declared 1/1/ 1863, to be the end of slavery, not until the war ended two and a half years later were the slaves actually emancipated en masse. Juneteenth, or 6/19, is Emancipation Day. It is a celebration of the date on which Major General Gordon Granger of the Union Army arrived in Galveston, Texas, declaring the end of the Civil War and of the practice of slavery. Was that the beginning of turning Juneteenth to a holiday in this, and other, countries? First, some history.

One of the first orders of business was for General Granger to read to the people of Texas, General Order Number 3 beginning most significantly with:

“The people of Texas are informed that in accordance with a Proclamation from the Executive of the United States, all slaves are free. This involves an absolute equality of rights and rights of property between former masters and slaves, and the connection heretofore existing between them becomes that between employer and hired laborer.”

From that Galveston, Texas origin, the observance of June 19th as the African-American Emancipation Day spread across the U.S and beyond. Today, Juneteenth commemorates African-American freedom with an emphasis on achievement and education. It is a day or even a week, marked with picnic celebrations, family get-togethers, and reunions, and guest speakers. It’s celebratory to be sure, but also a time for reflection mixed in with the rejoicing. Participants use the time for self-assessment. Personal improvement, and planning the future is part of the celebration. The growing popularity of Juneteenth signifies a shift in America that is long overdue.

What kind of shift?

People of all religions, races, and nationalities are starting to join hands. Truthfully acknowledging where we have been as a country and where we hope to go. Sensitized by the experiences of others, we can make significant and lasting improvements in our society.

The truth is, many people have refused to stop fighting the Civil War to this day. The War Between the States, as the South likes to call it, only sharpened what seems to be human nature, meaning the fear of the “other.” 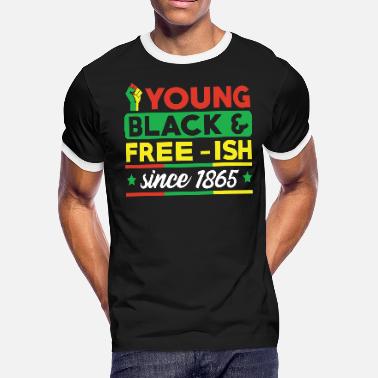 While well-meant efforts, such as the Civil Rights Act of 1964, put a shine on the skin of the pig, race relations are still at pig level to this day. Fortunately, many see a chance for real change in our time…for the first time. A good start would be to make Juneteenth a federally recognized holiday.

I heard the impetus for that may come from a surprising source.

You heard correctly. Nike and forty-seven other companies just made Juneteenth a paid holiday. That is a step toward the goal of making Juneteenth, a criminally little known festivity, a holiday across the land.

You said, “Nike and forty-seven other companies. Did Nike take the lead?

Nike, a company not always on the side of right and good, took the lead. Nike CEO John Donahoe announced the Juneteenth holiday in a letter to employees.

“At Nike, Inc., we aspire to be a leader in building a diverse, inclusive team and culture. We want to be better than society as a whole. I have listened deeply during my first six months and over the past few weeks. What I have learned is that many have felt a disconnect between our external brand and your experience internally. You have told me that we have not consistently supported, recognized, and celebrated our own Black teammates in a manner they deserve. This needs to change.”

The announcement from Nike started an avalanche. Lyft announced that beginning this year, Juneteenth will be an official holiday. The National Football League, Spotify, and Twitter were right behind. The avalanche was on, with little sign of abating.

In 1964, Bob Dylan wrote, “Times They Are A’changin’.” Are race and cultural relations changing in 2020? We think so, and we expect the move to make Juneteenth the next nationally recognized holiday will be an important force.