Home » Our World » Keep It Simple: The Success of In-N-Out

Celebrities consider it a “guilty” pleasure. Adele ate it after a frustrating performance on live TV. It’s the only fast-food burger allowed on the restrictive Whole30 diet. What is it? In-N-Out. For years, this burger empire has stood out from its competition, and in the process, proved you can be a huge success and not sell your soul.

After serving in WWII, Henry Snyder began working for a catering company. He ended up marrying Esther, the manager. Together, they moved to Henry’s hometown of Baldwin Park in Los Angeles, where he opened the first In-N-Out in 1948. The couple committed themselves to fresh food, and unlike other fast-food places, everything was made to order. The other unique feature was that it was a drive-thru stand with a two-way speaker. Other places were using carhops.

The company continued to grow and when Henry died in 1976, his 24-year old son took over. Rich and his brother Guy dramatically expanded the restaurants, so in twenty years, In-N-Out had 93 locations. The presidency stayed in the family, with Esther herself as the head from 1999-2006. When she died, her only grandchild Lynsi was given ownership of the company through a trust, but she didn’t officially take full control until May 2017, when she turned 35. She is one of the world’s youngest billionaires. 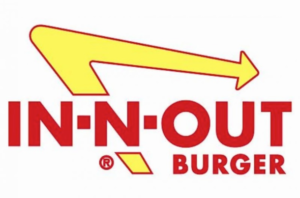 In-N-Out has a very simple menu, which makes sense considering Henry’s motto was, “Keep it real simple. Do one thing, and do it the right way.” They offer three hamburgers, fries, milkshakes in three flavors, and fountain drinks. However, one of the features that fans latched onto was the “secret menu.” It isn’t advertised and spreads by word-of-mouth, which makes customers feel like part of a guarded community. The “secret menu” items include “Animal-Style” fries, which are served with grilled onions and cheese.

In an article for Serious Eats, the website’s chief culinary consultant embarked on a mission to try and get In-N-Out to fulfill any and every menu request, including a burger that’s made of two meat patties, cheese, and diced onion. To his surprise, In-N-Out made just about everything he wanted. 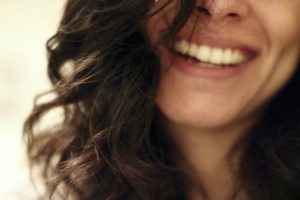 In-N-Out’s status isn’t limited to great American classics. They are one of the few chains in the US to pay employees more than both state and federally-required minimum wages. Their managers make an average salary of $160,000 a year. Lynsi Snyder pours her energy into the employees, and credits them with the chain’s success. Since the work is hard, she wants to be sure everyone feels appreciated and looks forward to coming in every day.

Fast-food culture is categorized by low wages and greedy CEOs. 89% of fast-food workers have experienced wage theft, which is when they aren’t paid what they’re owed, while eateries like McDonald’s and Carl’s Jr are frequently the target of lawsuits. In-N-Out is different. It’s a place you can feel good about visiting.

Bob’s Red Mill is another company that loves its employees, to the extent Bob turned over ownership to them!