Kickoff 2019: Questions Facing the Teams in the AFC North

Home » Our World » Kickoff 2019: Questions Facing the Teams in the AFC North

Less than three weeks to go, football fans! The weather may be steamy, and the backyard grills may be glowing, but football season is bearing down. Gildshire can’t wait! That’s why we wanted to get a jump on the action with our eight-part Kickoff 2019 series. Today, we will tackle the AFC North. Who will win the division, and will there be any surprises? Actually, we can answer the second part right now. Of course, there will be surprises. This is the National Football League, baby! Every week, a new narrative. Let’s talk about the AFC North.

Baltimore Ravens: Last season 10-6. Lost in Wild Card round to the L.A. Chargers.

“And now I will show you a more excellent way.” The Good Book says that, but Ravens’ Head Coach John Harbaugh is saying it, as well. In a league gone pass-happy, the Ravens are the rock less than anyone. In a league where quarterbacks are getting rid of the ball in 1.5 seconds, Ravens quarterback Lamar Jackson is running it! Can this strategy win and win consistently? Or will Harbaugh be looking for work a year from now? It is hard to see how there is a third option.

This MUST be a make or break year for Bengals’ quarterback Andy Dalton. Yes, we probably said that last year and the year before. But, there wasn’t a new Head Coach a year ago. The new guy is Zac Taylor, and he is already showing impatience with his team’s inability to get out of the first round. That’s probably a good thing, as malaise is hard on a franchise. All of that, and this being the last year on Dalton’s deal makes this season an interesting one on the shores of the Ohio River. 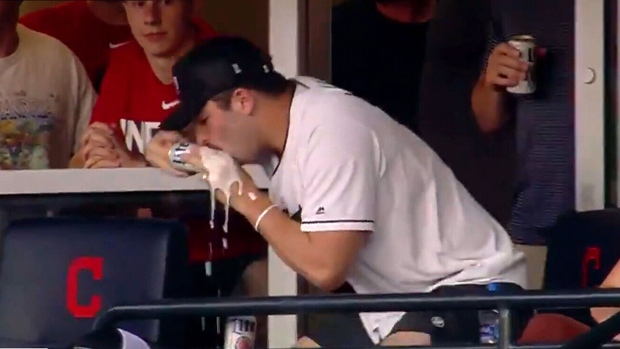 Browns’ quarterback Baker Mayfield can chug a beer. But, can he lead his team to the AFC North championship?

Take a second look at the Browns’ record from last year. To hear the confidence coming out of The Land, 10-6 or 11-5 would seem more likely. The off-season acquisition of star receiver Odell Beckham Jr, the addition of some other offensive weapons, and the second-year status of quarterback Baker Mayfield. Those are the troika of events that have Browns’ fans salivating for the start of the new campaign. Will the team live up to the hype, some of which is predicting a Super Bowl berth? Gildshire will wait and see, but we admit to being skeptical. We think 9-7 and just in, or just out of, the playoffs is more likely.

Compared to the sound and fury emanating from Browns’ camp, the silence has been deafening out of Pittsburgh. But, this is a defining season for Head Coach Mike Tomlin and quarterback Ben Roethlisberger. You’ve heard of addition by subtraction? Well, the Steelers subtracted two distractions, but in so doing they lost a ton of playmaking talent. Will they be a more complete team without running back Le’Veon Bell and wide receiver Antonio Brown? The Steelers say yes, and the Black and Yellow hordes who follow them hope they are right.

The AFC North has more storylines than ever going into the 2019/20 season. How the stories play out will go a long way toward populating the AFC playoffs. We’ll be watching with the rest of you.

Five Of The Best Apps For College Students