This week, in an admission of wrongdoing rocking the automotive world, Japanese supplier Kobe Steel copped to falsifying claims. Per ABC News, they lied in material strength claims. Needless to say, the news quickly reverberated in the car and truck world. 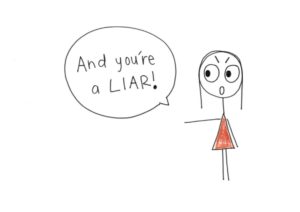 Reaction to Kobe Steel has been swift.

Dating back 112 years, Kobe Steel is Japan’s third-largest steelmaker. According to a company spokesperson, the misrepresentation of quality figures is systemic. Reports state they occurred in all four of the company’s plants. The lies began in 2007.

The exact impact of the steel maker’s indiscretions are still unclear, but Japanese securities analysts predict possible recalls. This is not unlike the faulty airbag situation with Takata Corporation. Takata’s June bankruptcy brought to a close a drawn-out black mark on the auto industry, just as it was suffering from Volkswagen’s emission cheating scandal.

What car companies will suffer? Well, among Kobe Steel’s clients are Toyota, Honda, Subaru, Mitsubishi, Nissan, and Mazda in Japan. GM, and Ford in the U.S. use kobe parts. In other words, almost every car on the streets today. Toyota states that misrepresented Kobe products are in their car hoods, doors, and peripheral areas.

Toyota reacted quickly to the news. “We are rapidly working to identify which vehicle models might be subject to this situation and what parts were used. We recognize that this breach of compliance principles on the part of a supplier is a grave issue,” said a Toyota spokesman.

Meanwhile, Honda says that bad Kobe metals are in its doors and hoods as well. Mazda has confirmed use of Kobe aluminum. Outside of the automotive industry, bogus Kobe products are in planes, trains, and at least one space rocket.

Yes, it appears that bogus parts are on a space rocket. Doubtless, this will lead to a “come to Jesus” moment for at least one rocket maker.

Whether Kobe’s indiscretion will lead to automotive recalls is anyone’s guess, at least for now. Each car maker will examine their Kobe parts inventory to determine if drivers and passengers are in danger. As for Kobe’s future as a company, that tale is still in its infancy. It does not look good. The car industry will react harshly.

Gildshire will monitor the situation, because this is explosive news. Industrial integrity seems in short supply these days, at least when it comes to cars.

Stay tuned, because your safety on the road could be up for grabs. Who knew we had to worry about the metal on our own car?