Hello once again, cinema fans and those who just like a nice $7.00 bag of buttered popcorn. This is our bi-weekly look at the movies that are coming out this weekend. It’s Labor Day weekend, folks! It’s on your hiring paperwork. You’ll see that you are contractually obligated to go see at least one movie before Tuesday.  Gildshire Magazines doesn’t make this stuff up, but we do enforce the rules.

So settle in for some quality entertainment It may be at a modern Movieplex and one of the new releases we are about to discuss. It may be something rich and classy at an art house or independent theater. Or, it may be a Porky’s retrospective at the local dollar theater. (Um, you should seek help if that’s where you’re going this weekend.) Wherever it is, though, you will be supporting one of the truly great entertainment options. So, see a movie or a live play (another favorite pastime of ours) this weekend. If a new release movie is your choice du jour, here are our thoughts.

Close Encounters of the Third Kind: 40th Anniversary Release: Rated PG for some intense sci-fi action, mild language, and thematic elements. Can it really have been 40 years since those five musical notes became a part of the lexicon? “G,” “A”, “F,” (drop an octave) “F,” “C.’ Or, as Maria Von Trapp would sing it, “Re,” “Mi,” “Do,” “Do,” “So.” That was the signature song of the movie-world when Close Encounters hit theaters in 1987. By now, everyone knows the story. A line worker feels mysteriously drawn to a remote location. That’s where the aliens come. What would AM/PM call this movie? Too much good stuff. It stars (as you well remember) Richard Dreyfuss, Teri Garr, Melinda Dillon, and Francois Truffaut. How can it be anything but the Gildshire Movie of the fortnight? Rotten Tomatoes 100, Gildshire 5.0

Goon: The Last of the Enforcers: Rated R for pervasive language, crude sexual content, and bloody sports violence. There are supposed to be four positions in hockey, namely centers, wings, defensemen, and goalies. In reality, there is a fifth position. “Enforcer” is a real position in hockey. He’s the guy who starts the fights to protect the star player. Or, if he doesn’t start them, he ends them with flying fists. This movie is about a hockey player who can’t get the smell of ice and blood out of his system. It stars Seann William Scott, Alison Pill, Marc-Andre Grondin, and Wyatt Russell. Rotten Tomatoes isn’t wild for it, but we’re oddly intrigued. Should we drop the gloves and throw hands? Rotten Tomatoes 52, Gildshire 4.3.

The Layover: Rated R for language throughout, sexual content and some drug material. A Labor Day weekend movie will never be a hit when the main draw for seeing it is “How bad does a movie have to be to get a “zero” from Rotten Tomatoes?” Alas, the big doughnut is the current R/T score for this mess of a film. Our opinion is similar. Kate Upton is beautiful, but do you want to drop $11 plus Milk Duds to go see her on screen? We do not. The Layover also stars Alexandra Daddario, Matt Barr, and Kal Penn. Rotten Tomatoes Bupkus, Gildshire 1.9

Unlocked: Rated R for violence and language. International terror will be the subject of every third Hollywood release from now until the end of time. Bank on that, because movies follow the news. In this one, a disgraced secret agent is called back to work. Unfortunately, the similarity to a good James Bond film seems to end right there. The movie stars Noomi Rapace, Orlando Bloom, Toni Collette, John Malkovich and Michael Douglas (Who is looking more like Hal Holbrook every day. Time marches on for us all.) Rotten Tomatoes 22, Gildshire 2.0 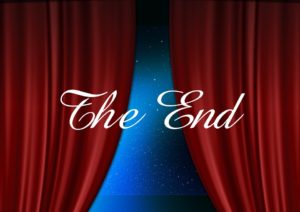 Labor Day Weekend, from the beginning to the end, is a great time to see a movie.

That’s all for this week. Stay cool, everywhere but in Texas and Louisiana. Stay dry and safe down there. Thoughts and prayers from Gildshire Goes to the Movies for all of Hurricane Harvey’s victims and whatever else may fall from the sky. We’ll see you in about two weeks. Until then, Happy Labor Day weekend and the beginning of the new school year.