Largest Aquariums Around The World

There’s something soothing about watching fish. If you aren’t satisfied with a tank at home, maybe it’s time to take a trip to check out something bigger. There are aquariums around the world brimming with gorgeous sea animals from Shanghai, China, to Valencia, Spain. Let’s take a closer look:

Found in the Pudong New District of Shanghai, this giant aquarium is one of the largest in Asia. Exhibits are categorized by geographic region such as China, South America, Australia, the Cold Water Zone, the Polar Zone, and so on. It also features the world’s largest underwater tunnel, which stretches over 500 feet. You can marvel at thousands of sea creatures, like leafy sea dragons, jellyfish, and more. There are even emperor penguins, who don’t live underwater, but depend on the ocean for food.

Japan’s most popular aquarium is located on Okinawa. The island’s unique sea life is featured in an exhibit dedicated to the deep water, where you can see gorgeous bioluminescent fish. The biggest tank, called the Kuroshio Sea exhibit, holds nearly 2 million gallons of water and almost 70 species. The Churaumi aquarium is one of the only places you can see whale sharks, which require a lot of space and care. There’s debate over whether it’s safe for the sharks to be in captivity, so if the idea disturbs you, maybe skip this aquarium. 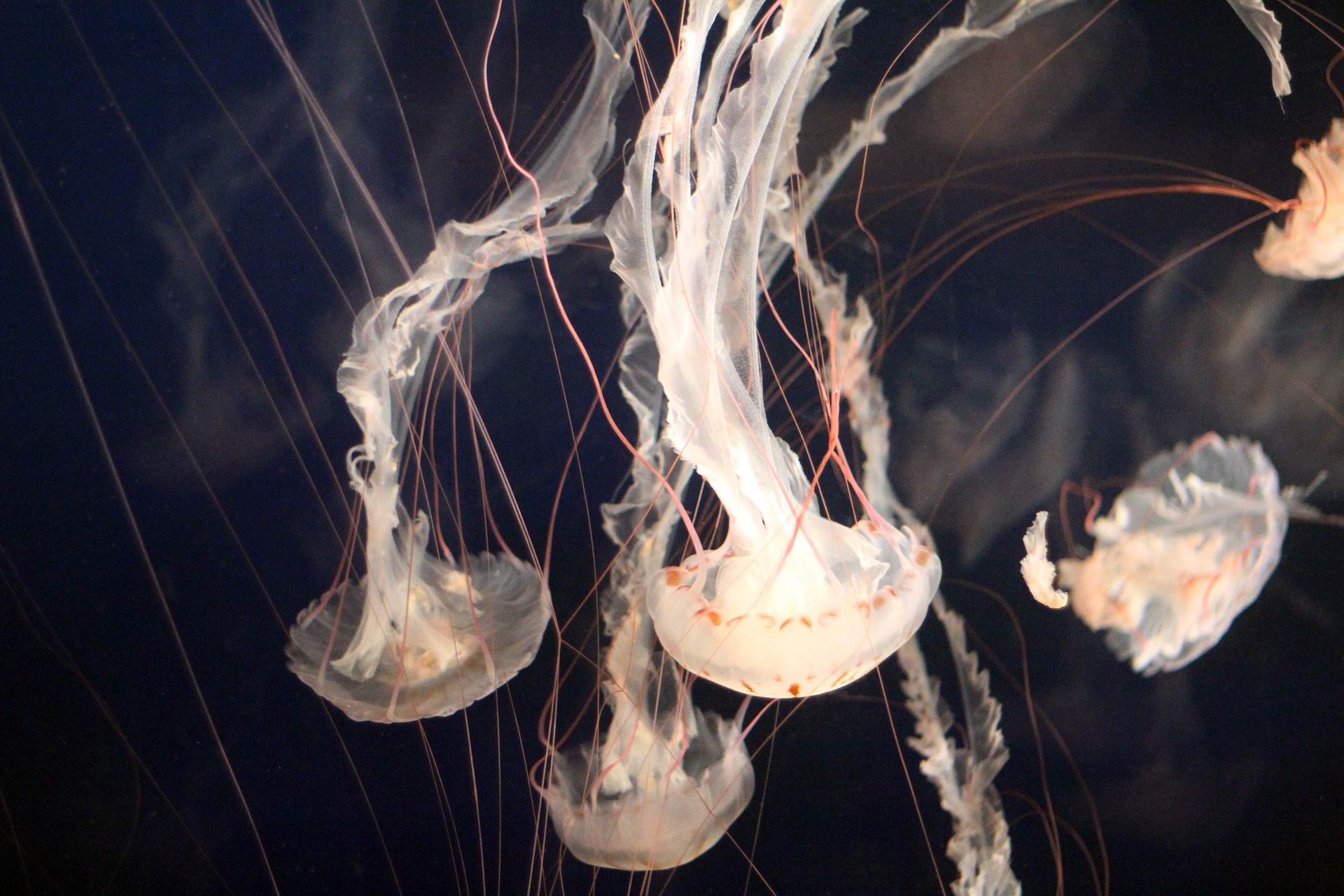 The largest aquarium in the western world is found in Atlanta, Georgia. It features a gigantic tank – the Ocean Voyager exhibit – that contains over 6 million gallons of water. Like Churaumi, it houses whale sharks, as well as beluga whales, dolphins, and manta rays. As we mentioned before, however, there’s concern about keeping whales and dolphins in aquariums, and you should know that two sharks have died in Georgia. The aquarium is doubling down on its shark exhibits, and plans to open an expansion (tens of thousands of square feet) by 2020.

When you’re searching for aquariums around the world, you’ll notice a lot of them are in Asia. One of those, found in Singapore, has the world’s largest collection of manta rays, including the giant oceanic manta ray. At their biggest, these creatures can weigh 3,600 pounds with a 20-foot wingspan. We don’t know how big the S.E.A. manta ray is, but it’s sure to impress. Travel through 49 habitats to the Open Ocean Tank, which has 50,000 animals. You can also find sharks here, specifically the scalloped hammerhead shark and silvertip shark.

If you’re in Valencia, Spain, you’ll hear about the aquarium, which has a unique futuristic design consisting of nine underwater towers. Observe species like jellyfish, oceanic sunfish, seals, belugas, and more. Their biggest tank, simply called “Oceans,” contains species from the Atlantic through Bermuda. It holds almost 2 million gallons of water, and you walk through a cool underwater tunnel to see all the sea life. The aquarium does have a “Dolphinarium” where dolphins perform, however, which is becoming problematic for many people. Keeping dolphins in captivity is a source of controversy for many aquariums around the world.

Some really large aquariums keep dolphins. SeaWorld is arguably the most famous example of dolphins in captivity, but it has a dark history, especially with orcas.

The Best Tips On Paying Back Student Loans