It is said that as California goes, so goes the rest of the country, at least eventually. This week the California State Legislature changed the way that automotive livery company Uber would be treated under the law. Gildshire and other car magazine websites are examing the new law, so we can ascertain the repercussions. One thing is for certain, though. The old ways Uber did business are not the ways they will do business in the future. The laws covering Uber are changing and in a big way. Jalopnik helped us with the research.

Uber has made its living based on two facts, one of them rather odd. First, investment cash from Silicon Valley has been abundant. Nothing odd about that. We should all be so fortunate. However, the company has managed to classify its employees as a form of “non-employee. Why would they do such a thing? To escape the responsibility of a decent living wage, or health care coverage. 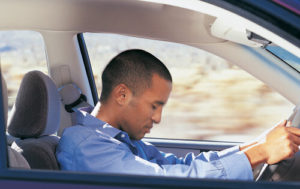 New laws covering Uber may bring about less of this kind of thing.

You have probably seen the blogs. They have titles like “The Time I Drove 20 hours Straight to Make $100 from Uber.” Or, “I Crossed Kansas Driving For Uber and Remember Nothing of It.” These blog entries are entertaining reading. That is until you realize the zombie behind the wheel may have been on I-70 with you!

Well, those days may, indirectly, be coming to an end. The State of California Supreme Court just this week dealt a massive hit to the second part of Uber’s business model.  Monday, the high court made it much harder for companies to classify workers as independent contractors rather than employees. It’s a ruling with sweeping consequences for the gig economy in general. The ruling will make Uber re-examine its business model.

The decision could eventually require Uber, based in California, to follow minimum-wage and overtime laws and to pay workers’ compensation, unemployment insurance, and payroll taxes, potentially upending their business models.

This year, Uber realized a huge tax break from the recently signed into law tax measure. Observers from this and other car magazine websites hope they take some of that windfall and pay a living wage to those who work so hard for them. It’s the right thing to do, regardless of the laws covering Uber.