Is Cheese Tea The Next Food Trend?

Home » Healthy Lifestyle » Is Cheese Tea The Next Food Trend?

One of the biggest food trends in recent years was boba tea – bubble tea – and there might be another one brewing in the United States right now. It’s cheese tea, which started in Taiwanese and Malaysian street stalls, and spread to Singapore and Hong Kong. In Mandarin, it’s known as zhi shi cha.

What is it, exactly? A vendor will pour cold flavored or green tea into a cup and add a fluffy whipped cheese topping. What does this cheese taste like? It varies, depending on the kind of cheese, but it’s always a bit salty. It sounds really strange, even unappetizing, but young people are waiting in lines for hours to get one of the drinks! 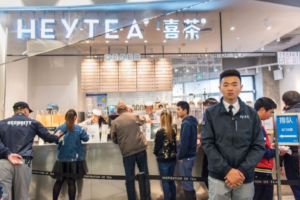 Originally, the cheese was made from powder, but shops like Hey Tea went in a different direction, and helped expand the drink globally. The 21-year old owner – Nie Yunchen – opened his first store in 2012, and after a period of low sales and a relaunch, the first Shanghai “Hey Tea” opened in 2016. It was a huge hit, and customers sometimes waited 6 hours for tea. When Nie heard about cheese tea and how young people were intrigued by it, he quickly began experimenting and used real cheese and cream to whip up the salty topping. Customers can also add fresh fruit to enhance their experience. Nie’s business has since exploded to nearly 70 locations.

Stateside, the new Little Fluffy Head Cafe has made a big first impression with its small-batch cheese teas. Based in LA, the founder Jenny Zheng first encountered cheese tea while visiting China. When she returned, she went into the kitchen and created what she calls “fluffy cream.” Made with heavy whipping cream, cheese, and Himalayan pink salt, it’s mixed right away in the morning before the shop opens. So far, she has made two fluffy creams – cheddar cheese, which has a stronger “cheese” flavor, and a sweeter creme brulee cheese cream. One of the most popular drinks is the Chedd-cha Matcha, an iced matcha latte with the cheddar fluffy crema.

In New York, a Happy Lemon bubble tea stand opened in February of 2017, and offers four kinds of cheese tea, including a chocolate shake with salted cheese. If that’s too weird, they also have a milk tea, green tea, and black tea. Happy Lemon has been around since 2006, and has always made targeting the hip, young people a top priority. That’s definitely been a success, considering how popular cheese tea is on Instagram. Just a quick search will bring up thousands of photos, many with people sporting cheese-foam mustaches. 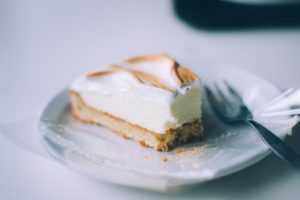 Does cheese tea taste like cheesecake? Judge for yourself!

Why does the cheese and tea pairing work? It’s hard to know unless you try it for yourself, but fans have described how the salty cheese brings out a tea’s natural floral or sweet ones, while ordinarily, the tea would taste bitter on its own. Some even say it’s a bit like cheesecake, which has a tang in addition to sweetness. You can drink the tea any way you want, but it’s said that the best way is to sip it so you get both the tea and topping. That way, you can experience the different, but complementary flavors at once.

Before cheese tea, there was bubble tea. Learn about its history here.

The Top Five Dining Gems in the Mideastern U.S.