In myths around the world, people are often turned to stone. The most famous, at least in the Western world, is probably the story of Medusa, whose gaze turned anyone who looked at her into a statue. She ultimately becomes stone herself when a man uses his mirrored shield to turn her powers against her. For people living with FOP, the feeling of turning to stone is no myth: their soft tissues are becoming bone.

FOP, or fibrodysplasia ossificans progressiva, is the result of a genetic mutation. When the ALK-2 gene is overactive, the patient’s muscles, tendons, ligaments, and other connective tissues gradually turn into bone. For most people, there is some soft tissue that normally becomes bone as they grow, but if you have FOP, that bone formation continues with devastating consequences. It essentially forms a second skeleton, trapping the body and its movements.

For every 2 million people, FOP affects just one individual. That’s about 3,500 people total around the world. The disease doesn’t appear to follow any racial or gender patterns. Once new bone has formed, it can’t be removed or turned back into soft tissue. It literally feels as if the patient is slowing turning into stone. This gives FOP the nickname, “The Stone Man Syndrome.” 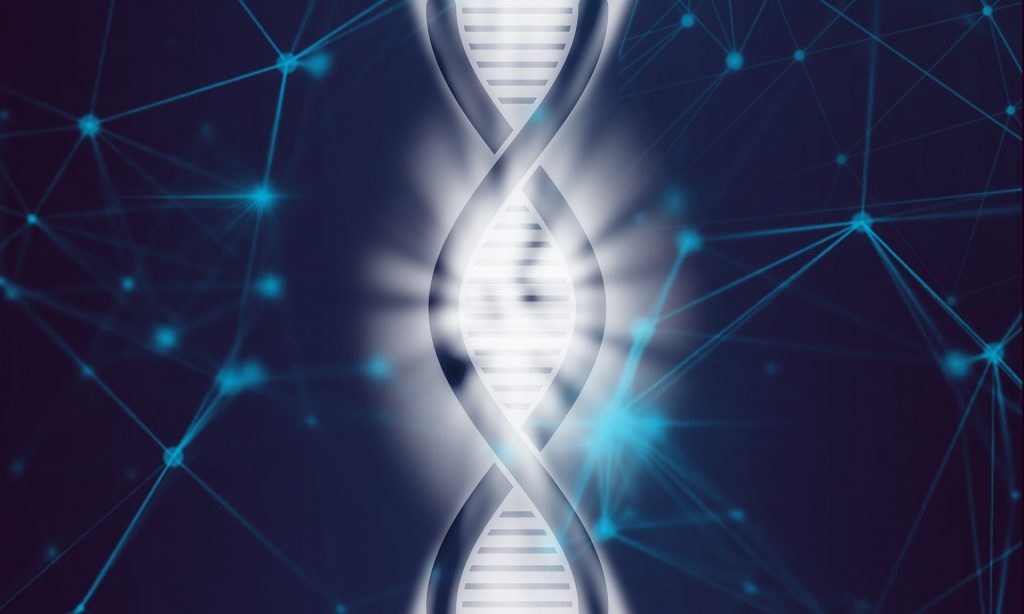 A mutated gene is responsible for FOP

At birth, there are some signs that a person has FOP. Their big toes are shorter than normal and turned towards the other toes. It’s common to see a similar problem with the thumbs. In early childhood, the abnormal bone growth begins around the neck and shoulders, and moves downward. How quickly soft tissue becomes bone varies, and the transformation occurs in “flare-ups” that last between 6-8 weeks. Bridges of bone form, sprouting from nowhere, and freezing movement. Whitney Weldon, who experienced her first major flare-up at 9-years old, describes the feeling as “your bones trying to come out of your skin.”  During flare-ups, a patient can experience pain, swelling, stiffness, and a fever.

As more and more bone growth occurs, a patient can lose numerous bodily abilities, such as keeping their balance, walking, sitting, speaking, and even eating and breathing. Infections in the lungs, nose, and throat become more likely, and there’s a higher likelihood of getting heart failure. The average lifespan for someone with FOP is just 55-years.

There is no cure for FOP and for many years, treatment has been limited. Certain medications can be used to address symptoms like pain, but historically, there hasn’t been anything that can stop the bone growth. However, that could change, thanks to dedicated researchers. There are currently three medicines in human trials.

One of them, known as paloverotene, is designed to target a receptor key that tells the body to start forming cartilage. Cartilage is the first step to soft tissue becoming bone, so it’s good news if the process could be paused at this point. In a 12-week study, patients on this medication experienced 70% less new bone growth during FOP flare-ups. If the drug is approved by the FDA, it represents the first real treatment for those living with FOP.

FOP is very rare, but there are other diseases out there with even fewer reported cases. Here’s a list of the rarest diseases ever recorded.