What? No peanuts and Crackerjack?

Colorado Rockies General Manager Jeff Bridich had this to say about the matter.

“This was a possibility, and so it is not necessarily a surprise. It always seemed somewhat logical that it was going to be hard to have a minor league season. At least, if we were not able to figure out a Major League season.”

Major League Baseball announced the shuttering of the minor league ballparks Tuesday, as the COVID-19 pandemic continued to chew away at all five levels of pro ball. However, most observers believe this is more than just a temporary change in the structure of minor league baseball. Major League Baseball plans to contract 42 farm teams by 2021. That indicates when Minor League Baseball returns, it will have a different structure. Fans from Binghamton who love their Rumble Ponies, to Salem-Keizer who follow the Volcanoes avidly, are not amused.

That does sound ominous. There are tens of thousands of minor league baseball fans.

Between those two, Colorado stands to lose both of its MiLB teams. The rookie-league Grand Junction Rockies and the Rocky Mountain Vibes (Milwaukee affiliate) in Colorado Springs are on the chopping block. 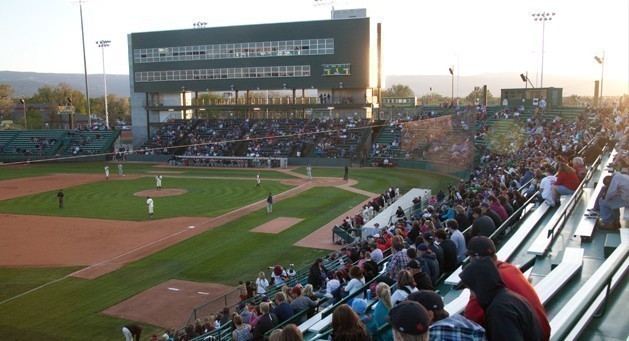 This season, thousands of players who had been counting on jobs this summer now have their calendars completely free. Many clubs are supporting their minor leaguers financially during the pandemic, at least through July.

Minor league baseball president Pat O’Connor said these are “unprecedented times in our country and our organization,” and he is correct. This will be the first summer without some kind of Minor League Baseball in 119 years when MiLB was first founded as the National Association of Professional Baseball Leagues.

For now, minor league team stakeholders are holding the line on the sale or demolition of the ballparks. For the rest of this summer, minor league ballparks around the country are repurposing for other kinds of entertainment. Look carefully, and you might see a jalopy demolition derby where the outfield customarily holds three swift defenders.

“We are looking at it right now as if we will be here for 2021 and more years to come,” Grand Junction Rockies president Mick Ritter said. “That is how we plan to go ahead.”

Tough stretch coming up for all baseball fans.

So, baseball fans have two versions of the Sword of Damocles hanging over their heads. Will their favorite Major League Baseball team get to play even a short season given the virus spikes around the country? But, also, will that heated rivalry between the Vermont Lake Monsters and the Connecticut Tigers ever see another round. You might be surprised at how many people care as much about the latter as the former. Major League Baseball pulls the plug for now, or forever? Gildshire watches with you as these decisions are made.

How to Spend More Quality Time with Your Kids