Home » Healthy Lifestyle » Marriage and Divorce Laws Through the Ages

Societies are often defined and judged by their laws on marriage and family. Many people like to make sweeping proclamations based on what they believe is right or wrong with certain definitions, but the reality is that the definitions of marriage and divorce have changed significantly through time. How? Here are four examples:

In marriage, the ancient Egyptians didn’t hold to all the patriarchal standards of cultures around them. No formal marriage ceremony took place, and though the groom and bride’s father set the terms, the bride enjoyed a lot of freedom once she entered her new home. She arrived with various goods and materials, but they were concerned hers, not her husband’s. Egyptians frequently married for love, but even if they didn’t love each other beforehand, they were expected to respect and grow fond of one another as time went on. Marriage was not only a social or economic arrangement. If things didn’t work out, a couple could divorce. If there were children, they automatically belonged to the mother and left with her. This would have protected women from being trapped with a bad husband because she was afraid for her kids.

Women did not have much independence in marriage in ancient China. Once married, the husband’s family took priority over the bride’s. She was expected to take care of all their needs and obey them, no matter what. She should be happy to do it, too, because if the in-laws decided they didn’t like her attitude, the husband was within his rights to legally divorce his wife.

There’s a famous story about a 12th-century couple, Lu You and Tang Wan, who adored each other, but Lu You’s mother expressed displeasure about her daughter-in law. She believed the marriage distracted Lu You from his goals, which included saving the Song dynasty. Despite still loving Tang Wan, Lu You divorced her. Years later, after Tang Wan had remarried, they happened to meet each other again at Tang Wan’s new home. Heartbroken by the circumstances, Lu You composed a poem on the garden wall. When she saw it, Tang Wan wrote a response next to it. You can find this scene depicted in art, and the tragic love story between these two poets inspired a traditional Yue opera in 1989. 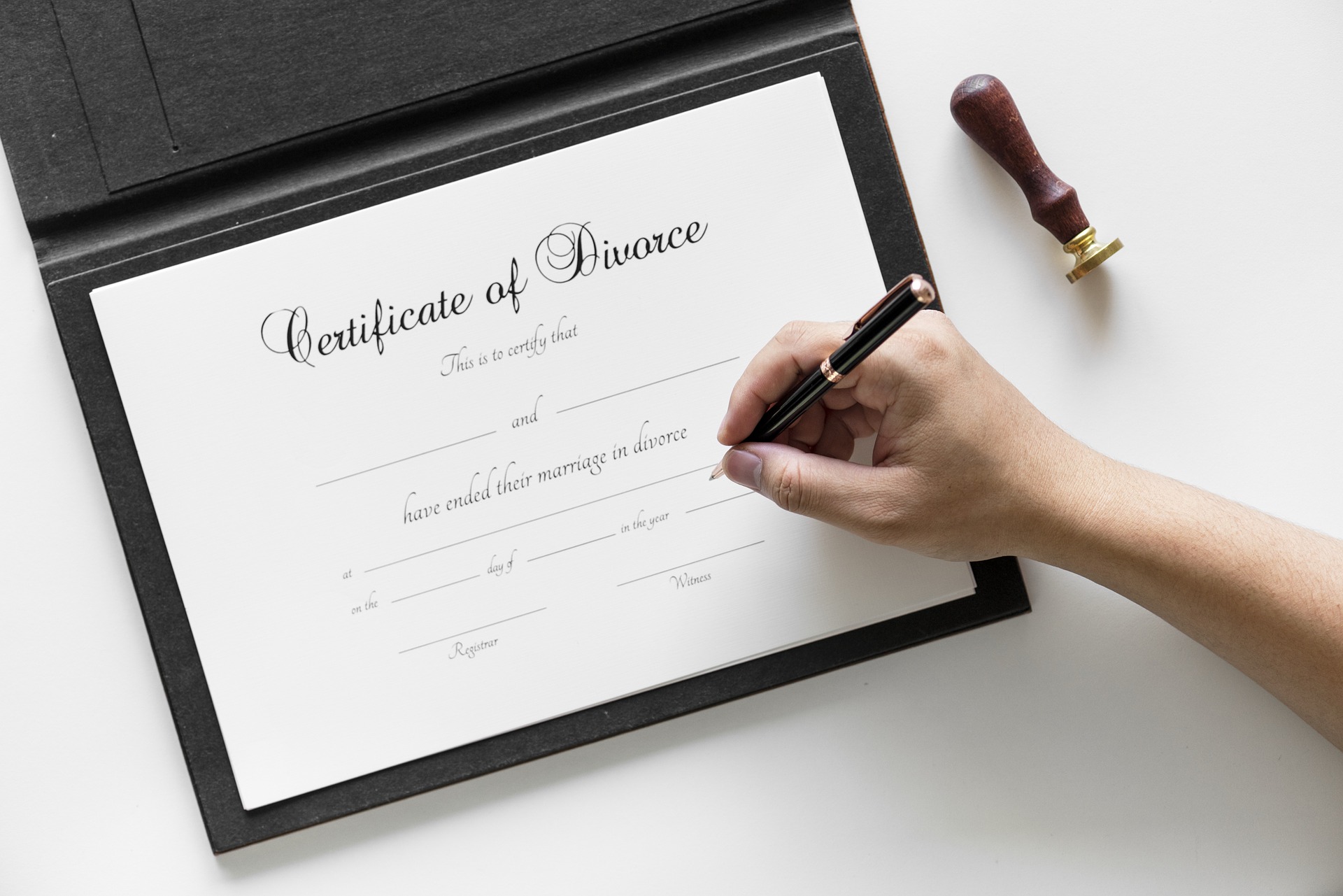 In the 1800’s, the Church of England ruled the laws of marriage and divorce with an iron fist. The ideal was that no one should get divorced, so someone had to have a really good reason, according to the Church. First, a person would have to go through Parliament, which was expensive and lengthy. It also meant your private life would get exposed to the public. When a divorce law was finally put into effect in 1857, it was dominated by men divorcing their wives, and not vice versa. Of the over three hundred cases brought that first year, only four were initiated by women. Unlike men, who only had to prove adultery to get a divorce, women had to prove cheating and some other grievance.

In the early days of America, most state and church authorities recognized common law marriage. To enter into this type of marriage, all a couple had to do was hold hands and verbally exchange vows. No written contract required. They could even do it without a witness, if they later vowed that this “handfasting” ritual had occurred. It was an excellent way of getting out of an arranged marriage with other people and start a life and family.

Sex is an important part of a healthy marriage, but in 20th-century England, talking about it was taboo. Read about the book that defied convention.