Martin Luther King Jr.’s Dream: Where Are We Today?

Home » Our World » Martin Luther King Jr.’s Dream: Where Are We Today?

Today is Martin Luther King Jr. Day. While it is a welcome day off from work or school for some, the legacy of Dr. King stands amongst the very pantheon of legacies in our nation’s history. In his speech, Dr. King made reference to the Emancipation Proclamation that was supposed to bring freedom and equality to the United States. Did it? Not at all. However, looking back at Dr. King’s speech from the perspective of 56 years past, we can see the impact it had on this nation’s discourse. So today, on Dr. King’s day of remembrance, Gildshire is humbled to present the highlights of the speech and compare its aspirations to reality. Where are we now in realizing Dr. King’s dream?

“I have a dream that one day this nation will rise up and live out the true meaning of its creed: “We hold these truths to be self-evident, that all men are created equal.”

The misogyny in the Founding Father’s statement aside, this is a mixed bag. There are educational and career paths open to some blacks that weren’t in 1963. “White only” water fountains are a thing of the past. We elected, and reelected, a black man to the Presidency. That said, anyone who believes there is true equality in this land is deluded, at best, and a part of the problem, at worst.

We have made some progress here. Many a meal is shared between members of former slave families and former slaveowner families. But, wage disparity is worse in Georgia than in many other states. Among Georgia women who hold full-time, year-round jobs, black women are paid 63 cents, compared to a dollar for white males. Brotherhood may be gaining, but wages are continuing to drift apart.

The North Mississippi Daily Journal refuses to allow announcements of same-sex weddings on its pages. So, we aren’t there yet.

“I have a dream that my four little children will one day live in a nation where they will not be judged by the color of their skin but by the content of their character.”

It is said in some corners of the business world that there is one thing a black person cannot be at work. “Average.” Does anyone really want to contest that there is racism in the world? Some little children are judged by the content of their character. However, not too far into adulthood, they are disabused of that notion.

“I have a dream that one day, down in Alabama, with its vicious racists, with its governor having his lips dripping with the words of “interposition” and “nullification” — one day right there in Alabama little black boys and black girls will be able to join hands with little white boys and white girls as sisters and brothers.”

On his deathbed, former Alabama Governor George Wallace repented from the damage his racist policies leveled against blacks. So, there is that. 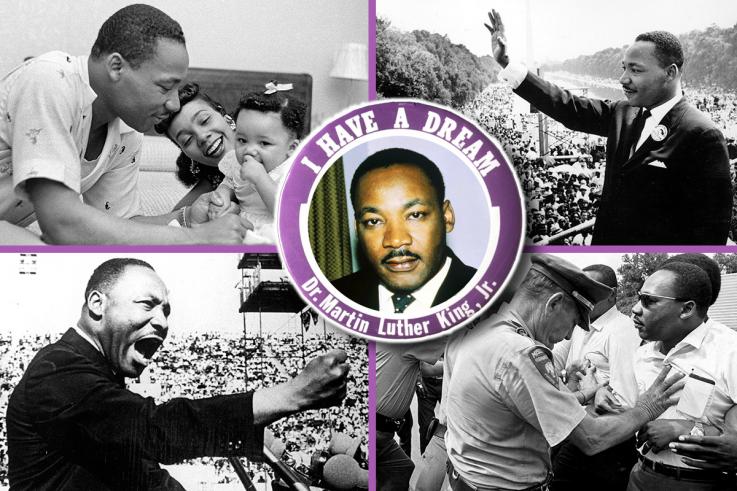 So, where are we today? Not nearly as far down the road toward equality as Dr. King surely hoped we would be. But, he told his followers that he didn’t believe he would be alive to see his dream realized. It was up to those who came after him to make it a reality. It is up to us, and those who come after us to do the hard work to make it a reality. Because there are those in public and private life alike who would see the dream erased from memory, and never spoken of again.

May it never be thus.