Baseball pitcher Satchel Paige once said, “Don’t look behind you, because someone may be gaining.” That adage is the inerrant truth when it comes to the tide of generations. Baby Boomers ruled the world for a good long time. Goodness knows, the randy veterans of World War II came home ready and willing to make so many babies that Baby Boomers filled the planet! Even Boomers, though, were destined to see their influence wane. Generation X came to the fore, followed by a wave of Gen Y. Faster and faster, the tide turned! We ran short on letters, so Millennials got their name from Y2K. They moved and shook a world gone digital. The post-digital age will lead us to the dawning of the Robot Revolution. It will be guided by Generation Z, and whoever comes next.

Already, our world is pivoting due to the moves being made by Millennials, but Gen Z is coming hard! Today, Gildshire looks at some of the names and faces changing the world we know into a world they imagine. These are the success stories of today, poised to be the transformative forces of tomorrow. They saw a need… 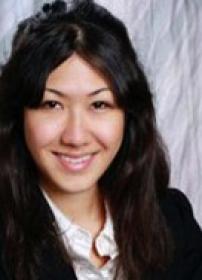 Millennials count Tracy Lawrence one of their own.

Tracy Lawrence, Founder of “Chewse.” This 28-year-old San Franciscan saw a need in the sad sack lunches eaten at work. So, Chewse delivers family-style meals to offices in San Francisco, the East Bay, and Los Angeles. Folks who sign up receive their own meal specialist who plans the office meal schedule and provides access to food from more than 100 top local restaurants.

Jeremy Miller, Founder of “Label.” This 29-year-old New Yorker saw a need in the high prices of designer clothing. So, Label goes head-to-head with traditional retailers by cutting out the middleman, going directly to the consumer with high-end, made-to-order dress shirts, suits, and jackets.

George Matus, Founder of “Teal Drones.” This 20-year-old (told you  Gen Z was coming hard) Utahn saw a need to make drones accessible to everyone! He actually launched his company while he was a sophomore in high school! Mr. Teal’s drones are speed demons, achieving real-world operating speeds up to 70 mph.

Xiaohoa Michelle Ching, Founder of “Literator.” This 28-year-old Oakland, Californian saw a need for student literacy. A daughter of Laotian refugees, she is helping over 1,000 schools worldwide to meet their student’s individual exact literacy needs. 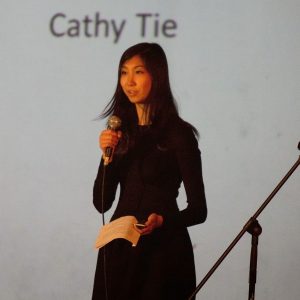 Cathy Tie is all of 21, but a star nonetheless.

Cathy Tie, Founder of “Ranomics.” This 21-year-old Canadian saw a need to understand the gene. So, Ranomics uncovers and tracks gene variants, counting Beijing Genomics and Veritas Genetics among its customers.

Kaitlyn Yang, Founder “Alpha Studios.” This 29-year-old Chinese-born resident of Los Angeles saw a need for state-of-the-art animation. At nine, Kaitlyn Yang emigrated to the United States. After she arrived, young Kaitlyn received a diagnosis of spinal muscular atrophy, which leaves her wheelchair-bound. Undaunted, she graduated from USC’s animation program, to found Alpha Studios, which has 40+ credits to its name, including “Robot Chicken.”

Zachary Weiner, Founder “Overtime.” This 25-year-old New Yorker saw a need for talented high-school athletes to get the word out to colleges. So, Overtime uses a teen-powered contributor network, on a media platform that highlights the most popular high school athletes. Former NBA Commissioner David Stern is an investor. 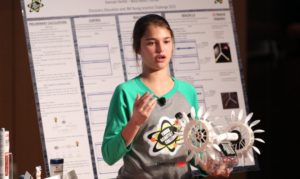 Young, but mighty is Hannah Herbst.

Hannah Herbst, Inventor of “BEACON.” This 19-year-old Floridian saw a need to capture energy from ocean waves. An acronym for Bringing Electricity Access to Countries through Ocean Energy, BEACON is deploying the system to developing countries. That’s where it can power water purification and medical equipment. Better yet, Ms. Herbst is open-sourcing the project. Oh, how expensive is one BEACON? About 12 bucks!

Henry Burner, Founder “Buttonsmith.” This 15-year-old from Redmond, Washington saw a need for…buttons! Buttonsmith began in 2013 out of a fourth-grade class project on trading. He made pinback buttons to sell to his classmates then quickly moved to selling them at local farmers markets. Early success! So, in 2014 he began to sell his products via his website and Amazon. The product catalog grows and grows, now including magnets, lanyards, and fixed-top badge reels. Next up: Tinker Reels. They are badge reels, but with swappable tops.

Does the future look bright or is it easy to believe otherwise. Sometimes the news convinces us there is little hope. However, don’t blink or these Millennials and Gen Z folks will change the world before your closed eyes. Was that something at the door? Oh, yes. It’s a Teal Drone delivering medical supplies to a remote hamlet outside Barstow.