For decades now, soccer (football to the rest of the world) was about to take over the sports landscape. It never came to pass. Fledgling American professional soccer leagues flared up briefly, only to sputter and gutter out. It seemed as if the world’s most popular sport would be forever placed in the back fields of the sports consciousness, where the grass doesn’t grow, while the “real” sports took the best spots. Things have changed, and this country is embracing soccer as never before. It isn’t the National Football League, but Major League Soccer is filling football stadiums with rabid fans. The quality of play is improved and MLS commissioner Don Garber says his league is “a big player.” As the 2019 season gets set to kick off this weekend, we wanted to preview what is to come with the Top questions on the minds of MLS fans.

How many teams in professional sports win championships in their first ten years of existence? A couple? Maybe three? Atlanta FC took that ten-year question and set it on its ear, winning last year’s MLS Cup in just their SECOND year of existence. Can they maintain this level of excellence?

Will FC Cincinnati be relevant early on in their existence?

MLS’ newest team has some veteran presence, but the shallow bench may do them in. Observers will also be curious if Cincinnati can continue to fill 40,000 seat Nippert Stadium after the new car smell fades a bit. 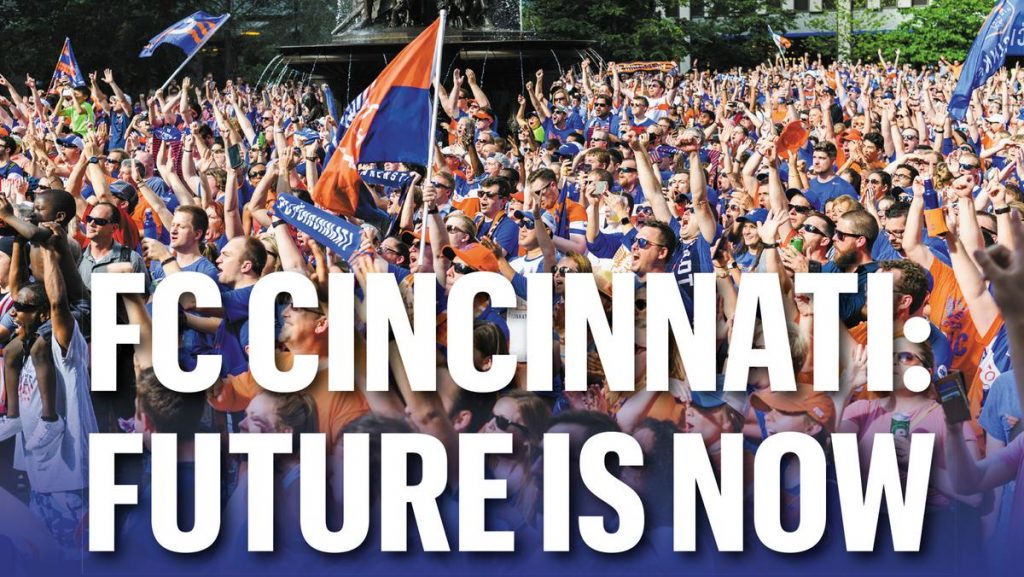 These fans believe FC Cincinnati will be successful in their first MLS season.

Did the Colorado Rapids do enough to regain their standing as elite?

Last year’s Rapids couldn’t find the goal line to save their souls. Some appealing additions to the squad should turn the team’s offense up a notch.

Will the complete changing of the guard in Columbus turn out to be a good thing?

Talk about cleaning house! Everyone from the GM to the concessionaires has been swapped out for new in Columbus. Will the organization gel in time for the Crew to make a run at a title?

Whither the L.A. Galaxy?

For the last two seasons, that could have been spelled “wither.” Two years out of the playoffs have left the impatient Los Angeles fans even less patient than usual. Is this the year the Galaxy return to prominence?

Will Portland’s takeover of the Pacific Northwest continue?

The Seattle Sounders were MLS royalty for a time, while their neighbors in the Rose City were afterthoughts. How times have changed out west! The Timbers narrowly missed an MLS Cup championship last year when they succumbed to Atlanta FC, and they look to get right back on the horse. As for the Sounders, their slow starts over the last couple of years have scuttled any chance they have for postseason honors. Will the pride of the west remain in Portland, or will Seattle wrestle it back?

Does Sporting KC have what it takes?

Western conference regular season points leader Sporting KC retooled a bit in the offseason and confidence has never been higher among the faithful. Is that confidence justified or misplaced?

Those are our questions as the 2019 campaign gets underway this weekend. Check your local listings for the matches in your area. Time to go!