Shows like “Hamilton” remind the world at large why Broadway is such a magical place. If you love musicals and losing yourself in story, you’ll love the upcoming schedule of plays. Even if you aren’t that familiar with Broadway, these shows will appeal to you as many are based on existing TV shows and movies. It will be interesting to see how they translate to the stage.

After a premiere run off-Broadway in 2017, “The Honeymooners” is coming to the big stage at a unspecified date. What theater it will be at is also unknown at this time. Based on the classic TV show, this show stars Michael McGrath (award-winning actor from “Spamalot”), Leslie Kritzer (“Something Rotten!”) Laura Bell Bundy (“Legally Blonde: The Musical), and others. The plot follows Ralph and Ed, who win a big-time jingle contest and head off to Madison Avenue with their wives. The description on the Paper Mill Playhouse, where the show originally premiered, says it is “filled with big laughs and an infectious score.”

Perfect for the stage, “Moulin Rouge!” kicks off with stars Aaron Tveit and Karen Olivo in July. It follows the plot of the 2001 film, where a young writer falls in love with Satine, a singer at the infamous Moulin Rouge. Their love is forbidden, however, as Satine has been promised to a Duke.

Opening in April, “Tootsie” stars Santino Fontana, best-known by TV fans as Greg from “My Crazy Ex Girlfriend.” He takes on the role originated by Dustin Hoffman . As “Dorothy Michaels,” the character  gets work on a Broadway show, which is a shift from the original soap opera setting. In the review from Variety, the show is described as “jaunty” and because it’s been moved up to present day, it is transformed into a satire of “the narcissist male ego.” 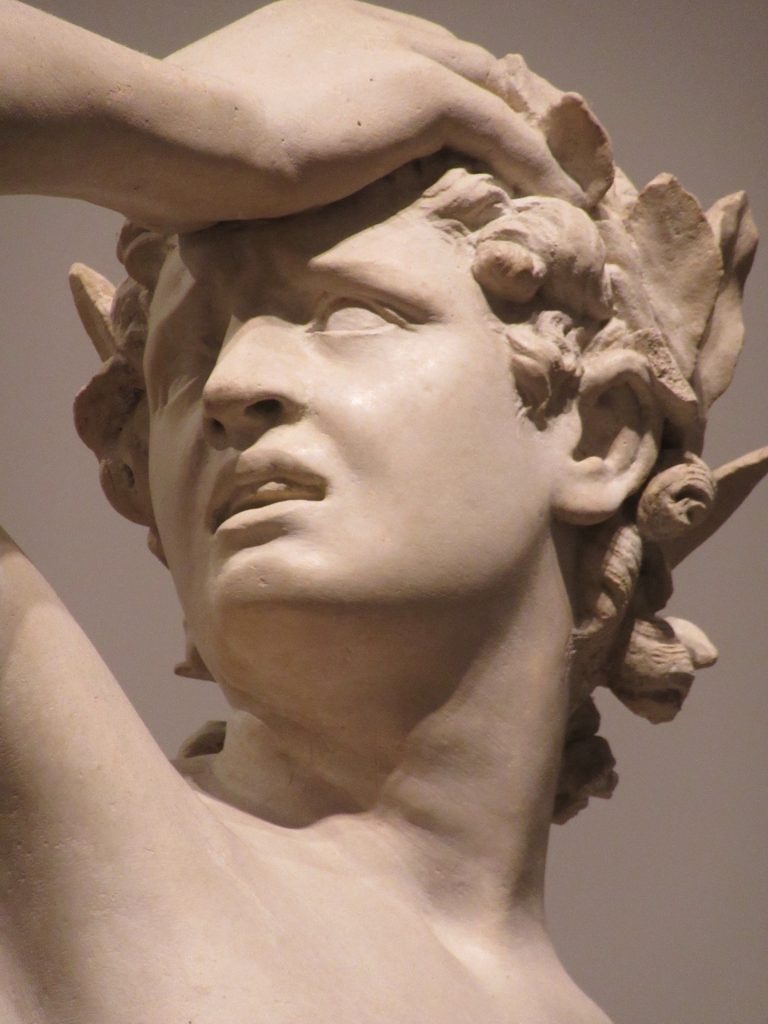 A statue of Orpheus

The story of this show begins way back in 2010 with Anaïs Mitchell’s concept album based on the myth of Orpheus and Eurydice. The musician Orpheus must travel to Hadestown, a factory run by the cold-hearted underworld leader and his unhappy wife Persephone, to save his fiance Eurydice. Described as a folk opera, the stage version of “Hadestown” moves to Broadway in April 2019. Reeve Carney, Patrick Page, Amber Gray, and Eva Marie Noblezada star.

Titus Burgess (“Unbreakable Kimmy Schmidt”) penned the music and lyrics for this adaptation of “The Preacher’s Wife.”  The film, originally released in 1996, stars Denzel Washington and Whitney Houston. While the movie’s gospel soundtrack hit the charts, Burgess chose to write all new music. If you aren’t familiar with the story, it’s about a struggling pastor who gets help from an angel. That angel, however, then falls in love with the preacher’s wife.

After an initial 10-week run in Massachusetts, which sold out, “Jagged Little Pill” moves to Broadway in fall 2019. Inspired by (and including many) songs from Alanis Morissette’s famous “Jagged Little Pill” album from 1995, the plot follows the Healy family, who seem perfect, but are breaking down underneath. Diablo Cody, known for the films “Juno” and “Young Adult,” wrote the musical’s book.

For more 2019 Broadway shows and a taste of some of the non-musical offerings, click here.

Impressions from the Impressionists: What did they Portray and Why?