Most Beautiful Countries in the World

Home » Travel & Nature » Most Beautiful Countries in the World

Every country has something unique from beautiful cities and timeless villages to magnificent parks and spectacular natural scenery. However, some countries are lucky enough to have it all – breathtaking scenery, marvelous cities, great man-made wonders and incredible landscapes. Here are a few of the most beautiful countries in the world.

There is nowhere else in the world that contains a bigger concentration of beauty than Italy. From the awe – inspiring cities of Venice, Florence and Rome and their exquisite architecture to the natural masterpiece that is Tuscany with its rolling hills, vineyards and snow-peaked mountains and the picture postcard perfect Amalfi Coast. And not to mention the locals…Italy is without a doubt the world’s most beautiful country.

While Paris exudes the perfect atmosphere of cultural grandeur, France offers so much more. The country is dotted with Old World villages and regal chateaux that exude elegance and charm from the magnificent Loire Valley to verdant Provence. The world’s greatest palace can be found at Versailles, the Louvre in Paris leaves most other museums behind in its wake and the stunning palm-lined French Riviera is the stuff dreams are made of. France also boasts world-class living in perfectly-preserved towns and in wine-producing regions such as Bordeaux and Champagne, and if that’s not enough, see the majesty of Mont St. Michel and the spectacular panorama of the Chamonix valley. 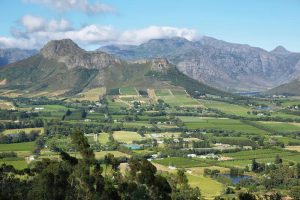 Although riddled with political problems, the beauty of South Africa is undeniable. South Africa offers an epic diversity of landscapes, from the magnificent Blyde River Canyon and the Drakensberg Mountains to the spectacular blue flag beaches of Cape Town and her iconic Table Mountain, one of the natural wonders of the modern world. Rolling vineyards that produce world-class wines, the wildlife-packed paradise of the Elephant Coast and of course, the world-renowned Kruger National Park and the Big Five make for one of the most incredible countries on the planet.

Brazil is truly blessed by nature and home to some of the most incredible natural landscapes on earth. The Amazon speaks for itself, impossible to begin to imagine its magnitude and incomparable when it comes to raw natural beauty and diversity of wildlife, however, the horseshoe-shaped falls of Iguaçu (Angel Falls) and its almost permanent rainbow is one of the world’s most breathtaking sights. Some of the big cities don’t disappoint either, with inspiring their colonial baroque architecture and rich interiors and Rio de Janeiro’s famous Copacabana and Ipanema beaches and Sugarloaf Mountain.