Today, Gildshire kicks off our Black History Month recognition series with a set we call movers and shakers. Some of them are not the best known black leaders of all time. Some of them are names you know very well. But, they have in common the stories they embody about upsetting societal norms when they most needed to be upset. If you are looking for people to emulate, these are the ones. In the days to come, we will highlight black athletes, black entertainers, and black leaders who changed the world.

In 1961, a blind musical prodigy named Stevland Judkins auditioned for Motown Records. He was 11 years of age at the time. In six decades since, Stevie Wonder (so nicknamed by Motown legend Berry Gordy) composed a wide-reaching music catalog of love, justice, compassion, and unity.

Stevie Wonder’s first hit song was “Fingertips, Part Two,” featuring the young talent on the bongos. His latest hit was four years ago. “Faith” (with Ariana Grande) reminded Baby Boomers why we have loved his music for so long and introduced yet another generation to his work.

Yikes! That’s like asking which of my children is my favorite. How about “Sir Duke?” No, “Superstition.” Maybe it’s “Signed, Sealed, Delivered, I’m Yours.”

Sorry, but I can’t pick just one. 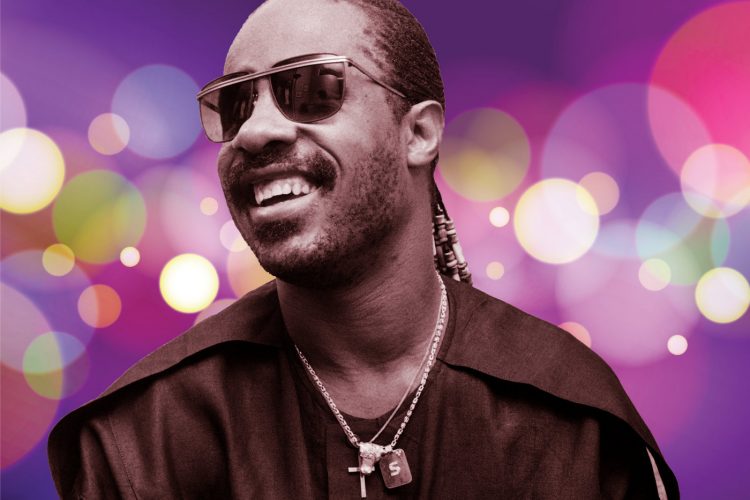 It is only appropriate that we start our Black History Month recognition with one of history’s best movers and shakers: Stevie Wonder.

That’s a good question. Besides being a superb entertainer (and that would have been enough), he was a man in touch with the times. Some of Stevie Wonder’s more important songs included, “You Ain’t Done Nothin’.” That was his musical rebuke to President Nixon for his hands-off stance in response to social unrest in the United States. Wonder also wrote “Happy Birthday,” in tribute to Rev. Dr. Martin Luther King Jr. That song encouraged the establishment of the third Monday in January as a holiday in King’s name. In 1966, Stevie Wonder covered Bob Dylan’s “Blowin’ in the Wind,” in support of the Civil Rights movement in America.

Gildshire believes it is fair to say that no other musician has played the harmonica more aggressively, only to play the piano with such grace right after. It’s because at heart and in spite of his many contributions to the cultural dialogue, Stevie Wonder is a hopeless romantic. After all, who among us hasn’t looked across the room at our very favorite and sang,

“For once in my life, I have someone who needs me, someone I’ve needed so long. For once, I can go unafraid where life leads me, and know I will somehow be strong.”

That was written in 1968 and held in our hearts, timeless ever since.

Over a half-century later, black musicians seem hell-bent on writing about violence and the amassing of personal possessions and doing it without a melody. They should look to Stevie Wonder for inspiration. He could teach them a thing or two about standing tall as a blind, black man in America. Then, he could teach them the meaning of love. One of history’s great movers and shakers: Stevie Wonder.