Every other week, your friends at Gildshire look at the movies that are opening that weekend. We look at the cast, the plot, and some thoughts from the aggregators at Rotten Tomatoes. Finally, we give our opinion in the form of a 1-5 star rating, based on how much we want to see the movie. It is one of our favorite recurring features. Today, we want to look further ahead. These are the movies we look forward to seeing in 2020.

The ongoing story centers on the band of criminal/magicians known as The Four Horsemen. They pull off sleight-of-hand and body performances to steal tons of money. Many times, a third installment means an erosion of the original cast, but that doesn’t appear to be the case in this franchise. These movies aren’t great filmmaking, but they are entertaining, and we expect to see and enjoy this one quite a lot.

NOT THE ONE YOU KNOW. We just wanted to get that out of the way, so we could concentrate on what should be an entertaining night at the movies. The plot has to do with Stéphane (Damien Bonnard). He’s a recent transplant to the anti-crime police unit in Montfermeil. Working with unscrupulous colleagues Gwada (Djebril Zonga), and Chris (Alexis Manenti), Stéphane struggles amidst the tension between local gangs. An arrest turns violent, and the three police officers try to maintain a tenuous hold on the neighborhood tensions.

The plot follows American expatriate Mickey Pearson, played deliciously by Matthew McConaughey, who built a hugely successful London marijuana empire. When he decides to cash out, the news triggers plots, bribery, and blackmail as others try to supplant him on the British pot throne. Mr. McConaughey has yet to let Gildshire down, and we would be surprised if he started in what looks like a stylishly made picture.

Blake Lively is Stephanie Patrick. She’s an ordinary woman bent on a self-destructive path when her family is tragically killed in an airplane crash. When Stephanie discovers a deadly secret about the accident, she enters into a complex world of revenge and redemption. Blake Lively has come into her own in the last few years and is one of Hollywood’s finest young leading ladies.

Birds of Prey (And The Fantabulous Emancipation of One Harley Quinn):

We have to admit that Ms. Quinn has grown on us since she came to movie prominence. In this installment of the Harley Quinn story, Quinn, Black Canary, and Huntress combine forces to protect Cassandra Cain when she finds a diamond owned by Black Mask (Ewan McGregor), who happens to be a kingpin in Gotham City’s crime world. Gildshire predicts this will be the best-received of Harley Quinn’s appearances. DC looks like it has a winner. 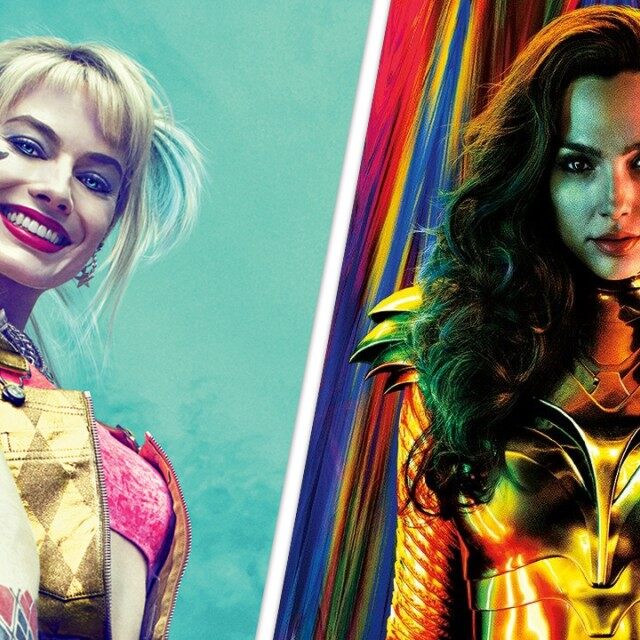 A Harley Quinn movie is a good choice for one of the movies we look forward to seeing in 2020.

The Call of the Wild:

Based on (what else?) the Jack London novel, the story follows John Thornton (played by Harrison Ford) as he searches for gold in the Great White North, aided by his heroic hound.

That’s it for now, but that’s also enough to carry you through the Holiday season in anticipation of the movies we look forwrd to seeing in 2020. Don’t forget to come back next Thursday andevery other Thursday thereafter as we discuss the new releases.