If you like to cook, you can’t afford cutting, dicing, and slicing. Did you know that how you cut your food can really impact the final product? Using a knife cut that isn’t suited to the dish gives you a meal that isn’t quite at its best. In this first article of our series on must-know cooking techniques, we’re getting into all things knife-related. What are the basic knife cuts? And what knives should every cook have on hand?

All these basic knife cuts have fancy French names, but the paysanne is casual. The word means “country-style.” Most people naturally cut this way without thinking about it. It’s a thin slice that follows the shape of whatever you’re cutting. As an example, when you use a paysanne cut on a piece of celery, you’re cutting it vertically across the top into little roundish slices.

Vegetables that have been cut with a baton cut look like thick rectangular sticks. According to the Michelin guide on cuts, you want about 8mm in thickness. If you’re making a chunky soup or stew, you’ll often be asked to cut your ingredients into batons first and then into cubes. This gets you a “medium dice,” which is a very common phrase in recipes. Using the baton cut and then cutting the stick into cubes is the best way to get there.

If you cook with vegetables a lot, you’ve probably seen this word before. Also known as a matchstick cut, you cut your food into thin sticks, like matchsticks. To perform this cut, you first “square off” the vegetable, which means slicing off the top and bottom to get a flat surface. Next, slice the vegetable lengthwise into thin rectangular sticks. Slice lengthwise again to get really thin slices. Stir-fries pretty much always ask for julienned vegetables since they cook very quickly.

To achieve this knife cut, you’ll cube julienned vegetables into cubes around 3mm. Simply put your julienned strips together and cube. You’ll see this cut a lot for preparing sauces or for ingredients that work as garnishes.

This basic knife cut is specific to leafy vegetables and herbs. Take your ingredient and roll tightly. Carefully holding the roll in place, slice across the roll, as if you were cutting coins from a carrot. When all the cuts are made, you end up with ribbons. 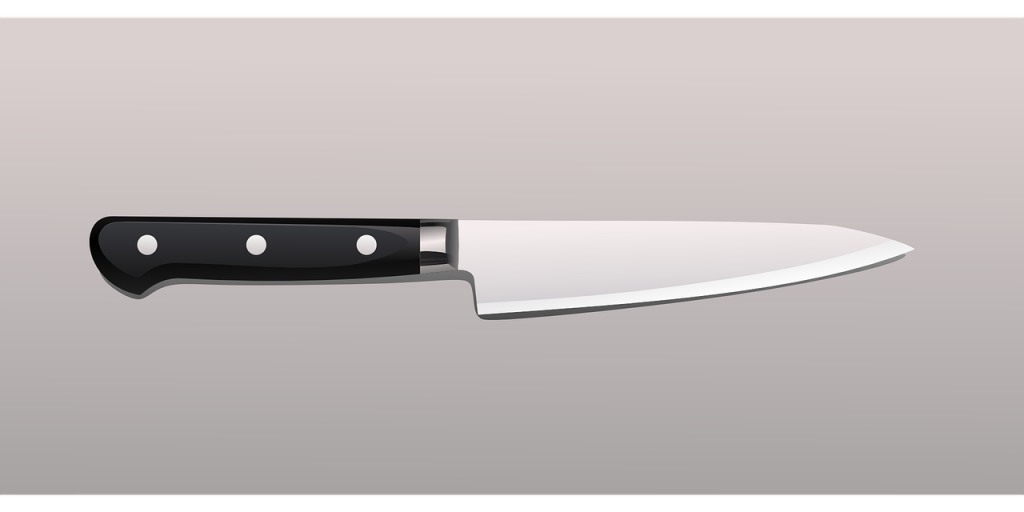 How many knives should you have?

If you aren’t going to get a set of knives, but want to buy them separately, what should you get? There are three must-haves to make your basic knife cuts:

Arguably the most versatile type of knife, the chef’s knife has a broad, sharp blade. It serves many purposes in the kitchen, including cutting vegetables and bread. It isn’t good for more precise cutting or slicing bread.

A bit shorter than a chef’s knife, this is another multi-purpose blade. We recommend a serrated utility knife. It can do pretty much everything a chef’s knife can, but it can also slice bread.

Small with a short-blade, you’ll use this knife for more intricate cutting. If the vegetable you’re working with is small, this is the knife you want.

Knives are a necessity in the kitchen, but what are some other gadgets every chef should have? Here’s a list of ten.

How to be Productive? Manage Your Energy, Not Your Time!