And then there were four. A National Football League playoff season that started with twelve teams is down to deciding who will play in Super Bowl LIV. This Sunday, Jan. 19, the Kansas City Chiefs will host the Tennessee Titans. The winner will travel to Miami two weeks hence to represent the AFC in the Super Bowl. Meanwhile, in the later game this Sunday, the San Francisco 49ers will host the Green Bay Packers to decide the NFC representative in the Super Bowl. How did these four teams get to this point? What are Gildshire’s predictions for the National Football League Conference Championship Sunday matchups? Read on…

How they got here:

Kansas City Chiefs: Winners of the AFC Western Division, the Chiefs won their game on Week 17. That, combined with New England’s home loss to Miami, secured the Number Two seed for Kansas City. The Chiefs rested during Wild Card weekend, needing only to beat the Houston Texans last weekend to play in this week’s conference championship game. The Kansas City/Houston game was endlessly entertaining, with the Texans bolting to a 24-0 lead only to lose the lead. Kansas City, routed in the first half, won going away, 51-31.

Tennessee Titans: The most unlikely of conference championship week participants, the Titans came into the playoffs as the Number Six seed. Winning only nine of their sixteen regular-season games, Tennessee had the worst regular-season record of the AFC playoff participants. On Wild Card weekend, Tennessee went into Foxboro and knocked off the defending Super Bowl champion Patriots. That was a mild surprise, but the real shocker was how the Titans handled the top -seed Baltimore Ravens a week ago. The final score was 28-12, and the game didn’t seem even that close.

Green Bay Packers: Half of the NFC playoff participants could have been considered unworthy, based on statistics. The Philadelphia Eagles limped into their Wild Card game with a Red Cross on their helmets, due to the number of injuries they suffered. The Seattle Seahawks were outscored this season, even as they went 11-5. The Packers, at 14-3 right now, have still been outgained by their opponents. With that many teams flirting with the “fraud” label, one of them was going to be playing this week. Green Bay outlasted Seattle last Sunday to earn this spot.

San Francisco 49ers: Playing in the NFL’s most-difficult division helped sharpen the 49ers for this game and, potentially, the game beyond. But, how easily could the Number Two seed 49ers have been the Number Five seed 49ers? In the last meaningful play of the last game of the season, San Francisco held a Seahawks’ receiver out of the end zone by an eyelash. That play gave San Francisco Wild Card weekend off and established them as home field hosts for their playoff games. Last Sunday, the 49ers handily beat an overmatched Vikings team to advance to this week.

This is the hardest game to handicap in many weeks of football action, both college and pro. I can literally talk myself into either of these teams winning and by ten points or more. Can the Chiefs stop Titans running back Derrick Henry? Can their minds talk their bodies into throwing themselves in his path? If so, the Chiefs win in a walk. If Kansas City’s bodies, battered by six months of NFL pounding, don’t have the fortitude to stop a runaway freight train, Tennessee wins. Since we can talk ourselves into any result, taking the points may be the best course of action. Tennessee +7.5 is the play, but our confidence level is pretty low. 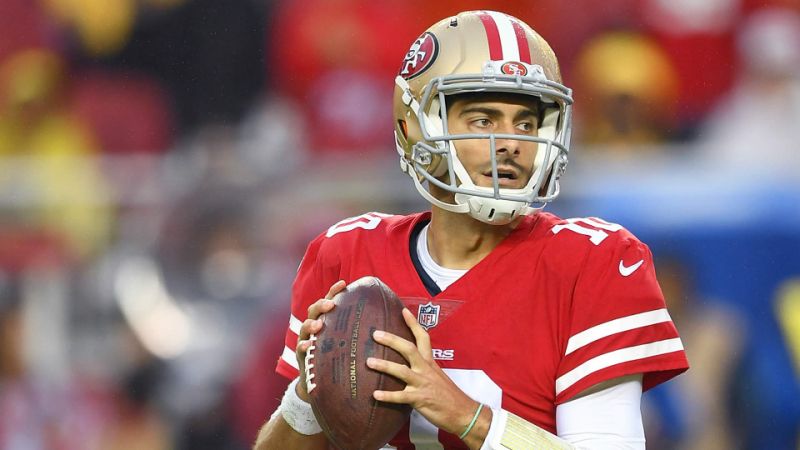 Remember what we said about fraudulent NFC teams? We think this is the week the wheels fall off the Packers. Green Bay can win this game, but only if the 49ers drop the ball, or quarterback Jimmy Garoppolo throws multiple interceptions. It’s hard to give Packers’ quarterback Aaron Rodgers a touchdown, but our play is on San Francisco, minus 7.5. Our confidence level is pretty high.