Much like music is a large part of Native American culture, art holds a special spot. Art has been used as a form of expression for Native Americans for hundreds or even thousands of years. The art of the Native American typically contains a symbol such as an animal or people. Typically used animals are the bear, eagle, or horse. The different art forms are made with various materials that may include cloth, rocks, feather, fabric, or even clay. 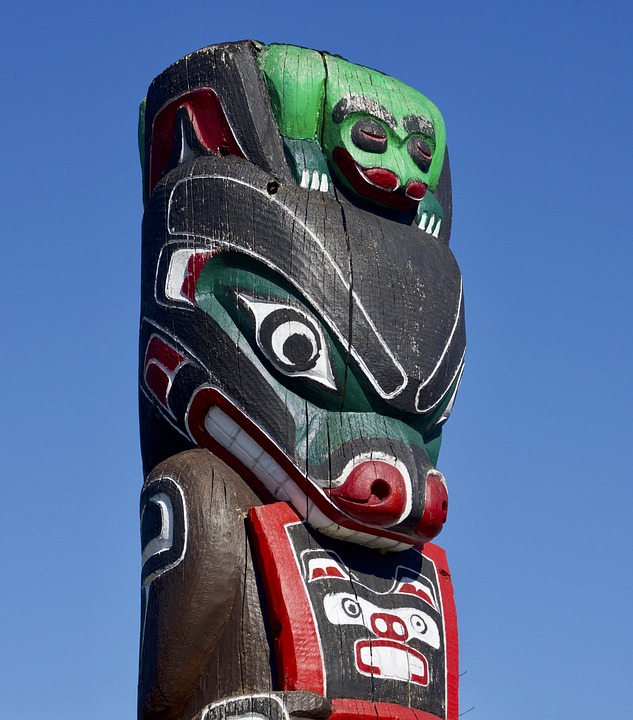 One highly popular art form among Native Americans is basket weaving. This art form serves the dual purpose of creating art and creating a functional vessel. Reeds and cornhusks were often woven together to create intricate baskets. The material could then be dyed to make creative, tribal patterns. The result was a beautiful piece of art that was useful. Women, especially those of the Navajo tribe, were very well known for their hand woven baskets. Many were so talented that a rainbow pattern could be created. Additionally, many Native Americans use weaving skills to create colorfully dyed blankets.

In order to pay homage to their animal guides and spirits, Native Americans often carved their images out of various objects. Some used whale teeth to carve out animal images, especially those of water animals such as a walrus. Animals such as bears or eagles were often made of rock or wood. One of the most well-known art forms of Native Americans is the totem pole. Typically carved out of wood, the intricate wooden sculptures represented generations of family members. Each face in the totem pole served as a symbol. Sometimes the faces were actual faces, but other times they were animal representations, often with wings.

Native Americans considered many items as art form, even instruments and weapons. This is due to the fact that each item took a great deal of time and effort to create by hand. Each item was special in some way. Even today there are numerous Native Americans that still practice the various art forms. Are you a fan of Native American art?