If you’re a fan of video games, you’ve probably at least heard of the “Uncharted” series and “The Last of Us,” the thoughtful and emotional zombie title. Naughty Dog is the company behind these mega-hits, and they represent a unique and effective business in the often-chaotic and always exciting video-game field. Who is Naughty Dog? What’s their secret? 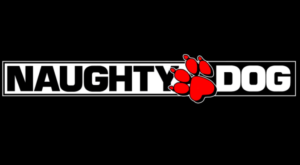 Friends Andy Gavin and Jason Rubin founded Naughty Dog in 1984 as independent developers. Back in the day, graphics were primitive enough that just two guys could create a whole video game by themselves. In the 1990’s, they made two successful games, and in 1996, they released the first “Crash Bandicoot.” This marked a shift from their other games, and ushered in an era with Naughty Dog as a developer of character-based platform games with 3D graphics. The “Crash Bandicoot” series was a big hit, and in 2001, Sony Computer Entertainment bought the company. In 2007, they released their first PS3 game: “Uncharted: Drake’s Fortune.”

The “Uncharted” series is one of the most popular game franchises ever. It consists of four games featuring Nathan Drake and one spin-off. “Uncharted 4: A Thief’s End” is widely-considered one of the most stunning games ever made. It has over 1,000 story sequences, 34,000 animations, and 14.5 hours of animation time. How did Naughty Dog pull this off?

All the scenes start out in “previz,” which is an abbreviation of “previsualization.” It’s like blocking a scene on a stage before actors come in. Naughty Dog does both digital previz, where animators use crude character model animations and different environments, and live action. This is different than mocap, because it’s just for reference. People act out different motions like shooting, getting attacked, and running while being filmed. Naughty Dog does have a mocap studio, but because it’s an expensive process, they use it at a later phase of game development. 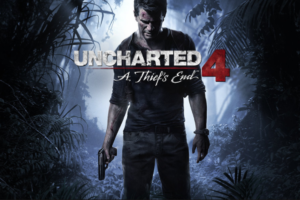 Cover art for the final Drake entry in the “Uncharted” series

One of the most impressive innovations with “Uncharted 4” were the transitions. As an example, in an earlier game, players have the opportunity to pet a dog by hitting the Triangle button. In the old games, Drake would instantly materialize in front of the dog before petting it. In the new transitions, Drake actually walks over to the dog first, like a normal person would. This creates a much more realistic, seamless experience for the player.

Naughty Dog also stands apart from other companies because of the work environment. There’s little to no middle management, and game developers work completely independently from the bosses at Sony. This encourages the flow of ideas and new technologies without bureaucracy getting in the way. What does the future hold for Naughty Dog? With the “Uncharted” series complete, they’re promoting the upcoming “The Last of Us II,” which has fans buzzing. That game is built with the engine used for all the “Uncharted” games. Because the move to PS2 to PS3 was so difficult, Naughty Dog created an engine that could stand the test of time. Given how good the trailer for “The Last of Us II” looks, it looks like they had the right idea.

Video game graphics have come a long way since the early days of Pac-Man and Mario. Take a look at the journey here.