The Versace Pre-Fall Runway Show was held on December 2nd, 2018 at the American Stock Exchange Building in New York. This show is the first time Versace has ever held a runway showcase for a pre-fall season. In fact, this showcase is the first time that the luxury brand has been shown in America. December 2nd also happens to be Gianni Versace’s birthday (founder of Versace and current Vice President and chief designer of Versace, Donatella Versace’s, late brother). All lovers of fashion awaited this show and wondered what to expect.

To describe the show, Versace posted this statement on their website:

“VERSACE MEN AND WOMEN SWIFTLY MOVE BETWEEN THEIR MYTHOLOGICAL WORLD AND THEIR COSMOPOLITAN, MODERN CITY LIFE.

THEIR SECRET? A VERSACE STATE OF MIND.” 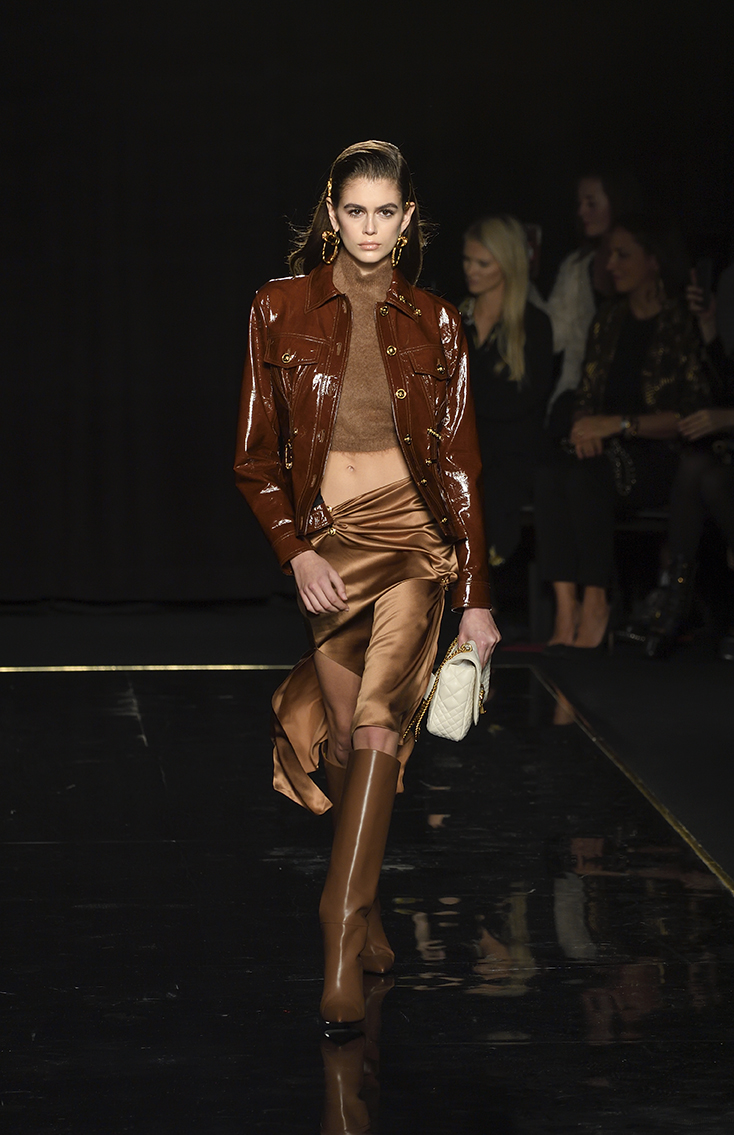 Speaking of a “mythological world” brings up connotations of a fantasy life and the “modern city life” makes one think of a busy New York City street. Plus, you cannot miss the reference in the last statement as the popular way to describe New York City, yet this time is a Versace State of Mind.

In terms of location, Donatella Versace herself released a statement saying “I am very excited to present Versace for the very first time in New York. I wanted to pay homage to this incredible city, bringing the sartorial heritage of Milan and fusing it with the energy of New York and its eclectic nature. This collection is the result of this.”  This collection certainly speaks volumes to its influences. The vibrancy of the designs exudes feelings of New York, while the rebirth of the safety pins, array of prints, and earthy tones exude reminiscings of Italy and the origins of Versace as a label. The bright, fluffy knits, shiny pleather, skin tight and revealing silhouettes, kilts, safety pins, and logos are the very aspects that brought Versace its fame 30 or so years ago.

Enmeshing the stimulating, colorful prints that Versace has been known for, with lively animal prints, the concept of New York as a “concrete jungle” was taken quite seriously.  From leggings with zebra stripes to blazers with giraffe spots, the jungle aspect was highlighted. And as if that were not enough, the venue was set up with a large, gilded torch in the center of the runway. The torch, which was a replica of the Statue of Liberty represented “enlightenment, empowerment and freedom,” according to Donatella Versace’s Instagram post. The New York incorporation in the collection was completed when models walked out with luggage emblazoned with Versace logos. These outfits were the epitome of women on the go in New York City and drove home the combination that Donatella Versace was aiming for. 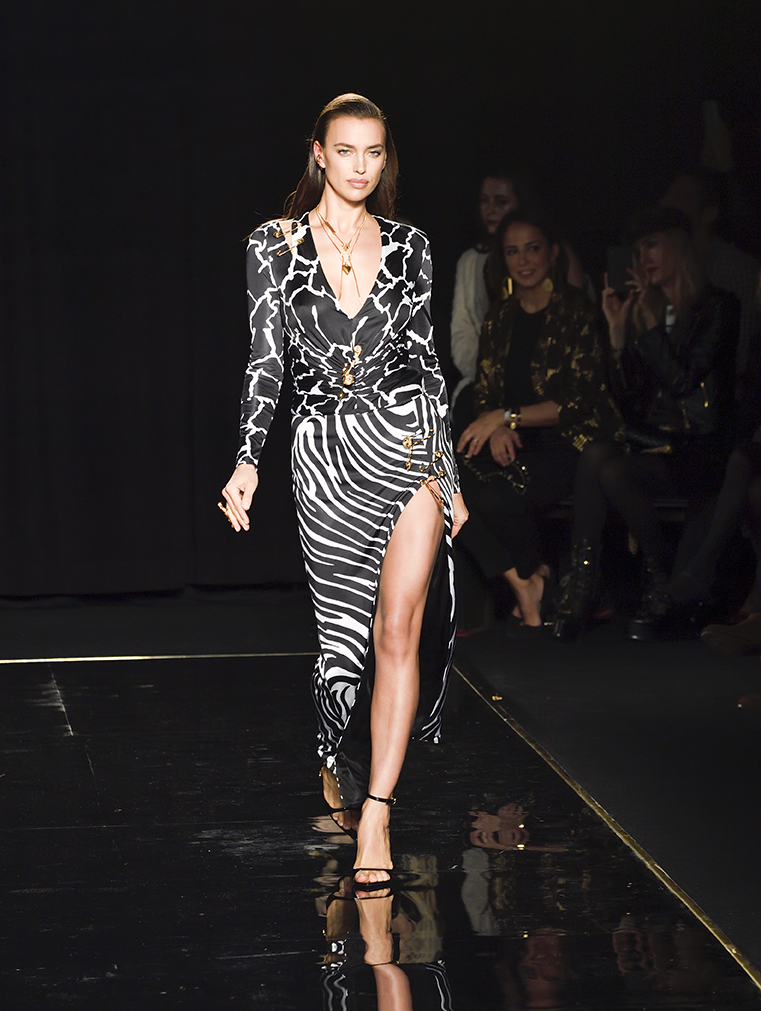 The celebration of traditions, while pushing boundaries, is strikingly futuristic. Donatella Versace brought back two iconic, statement dresses. The first, the black safety pin dress from Spring 1994 made famous by Elizabeth Hurley. This dress has reincarnated as one shoulder mesh long sleeve gown, still held together by strategically placed safety pins. Secondly, the “barely-there” gown worn by Jennifer Lopez to the Grammys in 2000. This dress was re-done in a multicolored, heart pattern, but flows the same way it did when Jennifer Lopez wore the palm tree print original. Donatella Versace actually went a step further with the “barely-there” gown in that she had the same model, Amber Valletta, present the “barely-there” gown again this time around, just as she had back in Spring 2000.

Overall, the show was vibrant and exciting, a small taste of what we imagine Versace was at its height in the 90’s. The showcase featured a myriad of vivacious, multi-colored prints leaving no doubt that Versace is making strides, embracing its history, and ensuring that everyone knows it, regardless of where in the world we are.

The Best Christmas Markets in the World