This week, your most-comprehensive and best online art magazines are covering New York City’s 2018 Tribeca Film Festival. Gildshire added our voice to the mix, with a look at some of the best-received films of the festival. Today, we dive even deeper into this most-prestigious gathering of movie glitterati. These are the movies we will make appointment theater attendance when they come to a Movieplex near us.

Seven Stages to Achieve Eternal Bliss By Passing Through The Gateway Chosen By the Holy Storsh: (Good luck to the guy or gal who hangs the marquee at your local theater.) Marked as a dark comedy this Viviendo Caldinelli piece is more quirky than out and out comedic. In it, a newlywed couple finds their dream home in Los Angeles, and for a startlingly low rent. Good start, no?  It turns out an enigmatic guru committed suicide in the apartment’s bathtub. That would be bad enough. However, it gets worse. A string of cultists routinely breaks into the young couple’s home to ceremonially off themselves in his honor. Gildshire likes some bizzaro in our comedy and this one serves up a healthy plateful.

Jellyfish: Children forced to grow up too soon are often fodder for films with sad endings. They work hard, become depressed, and then desperate. Handy victims for exploitative adults they fall into drink, drugs, or prostitution. That IS NOT the story here. Young Sarah has the weight of her family’s crises wearing her out. She finds an emotional, and creative, out through stand-up comedy! Young Liv Hill is getting major buzz for her performance. Gildshire can’t wait to partake. 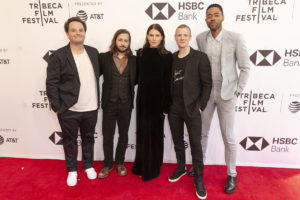 In a Relationship: The arc of a relationship is common rom-com and rom-drama fodder. A couple falls head over heels (after a meet-cute). Certain the other party is perfection personified, they move in together. From there, however, the romance erodes and is discarded, or else reborn into something new. If the movie is dramatic in nature, it follows that the relationship is discarded, but if comedy is the goal, the relationship renews. In this film, however, two different relationships are under the microscope. One is at the beginning and one is at the junction. This is Director Sam Boyd’s first outing. Gildshire sees potential in Boyd and in the dual focus of this movie.

Diane: Some films reach out to us because of the plot. Some reach out because of a favorite Director. Often, films appeal to us because of a singular star. But, some films reach out to us because of the ensemble cast. Such is the case with “Diane.” Mary Kay Place is receiving applause for her performance in the titular role, and we’re sure she’s going to be great, but the ensemble in this film is made up of magnificent actors. Gildshire can’t wait to watch them play together. Ms. Place plays a 70+-year-old humanitarian, surrounded by people worse off than herself. Eventually, though, she must turn her gaze from them to herself. It co-stars Estelle Parsons, Andrea Martin, Deirdre O’Connell, and Jake Lacy.

To Dust: Humans have a fascination with death. The mechanics of it, what comes after, the meaning of it juxtaposed with life. All of these have been discussed in tome and theatrical work. In this one, a Hasidic cantor in upstate New York struggles to make peace with his loss. It sounds dark, doesn’t it? Even maudlin. But, out of this set piece comes a sort of buddy comedy! That’s right, the cantor and his professor pal examine how the human body integrates with the ground. In so doing, they seek peace for the cantor. Some movies are hard to explain and some are even harder to explain why they have appeal. This is one of those. That said, Gildshire finds “To Dust” a fascinating piece of work. 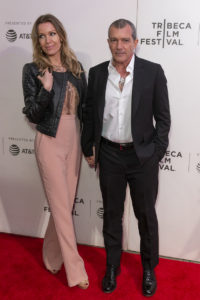 Finally, we are intrigued by a miniseries to be aired on The Smithsonian Network. Indeed, Tribeca dabbles in the small screen, as well. The best online art magazines are covering this aspect of the festival, as well.

Genius: Picasso: Last year’s Part One of The Smithsonian’s Genius series was about Albert Einstein. We learned his strengths and his weaknesses. The series was nominated for both a Golden Globe and a Screen Actor’s Guild Award. Part Two begins this week. “Picasso” explores the Spanish expatriate’s devotion to his craft, his contribution to modern art, and his turbulent personal life. (All geniuses seem to have a turbulent personal life.) An active artist for over eight decades, Pablo Picasso is a transcendent painter and well-worth a miniseries of his own. Part One of the “Genius” series taught us to look forward to Part Two, as it may be even better.

Nothing To Sneeze At: Black Pepper As Kitchen Staple