Tastefully understated. Nuanced and restrained. Stiff upper lipped, and inscrutable. Wait! That was the Downton Abbey movie! New York Comic Con was none of those things. Instead, it was a half week worth of, in your face loud, and garish, “how do ya’ like me now?” Gildshire’s Lev Radin, who may or may not have been in costume, attended the gathering. The pictures are his, but the atmosphere at the Javits Center was all excitement all the time.

Well, large crowds gathered at the preview for the latest installment in the Walking Dead franchise. It’s all about teens coming-of-age in the apocalyptic future (which, if you’re following the news, could be a week from Wednesday.) The early buzz indicates this could be the biggest undead thriller of them all. 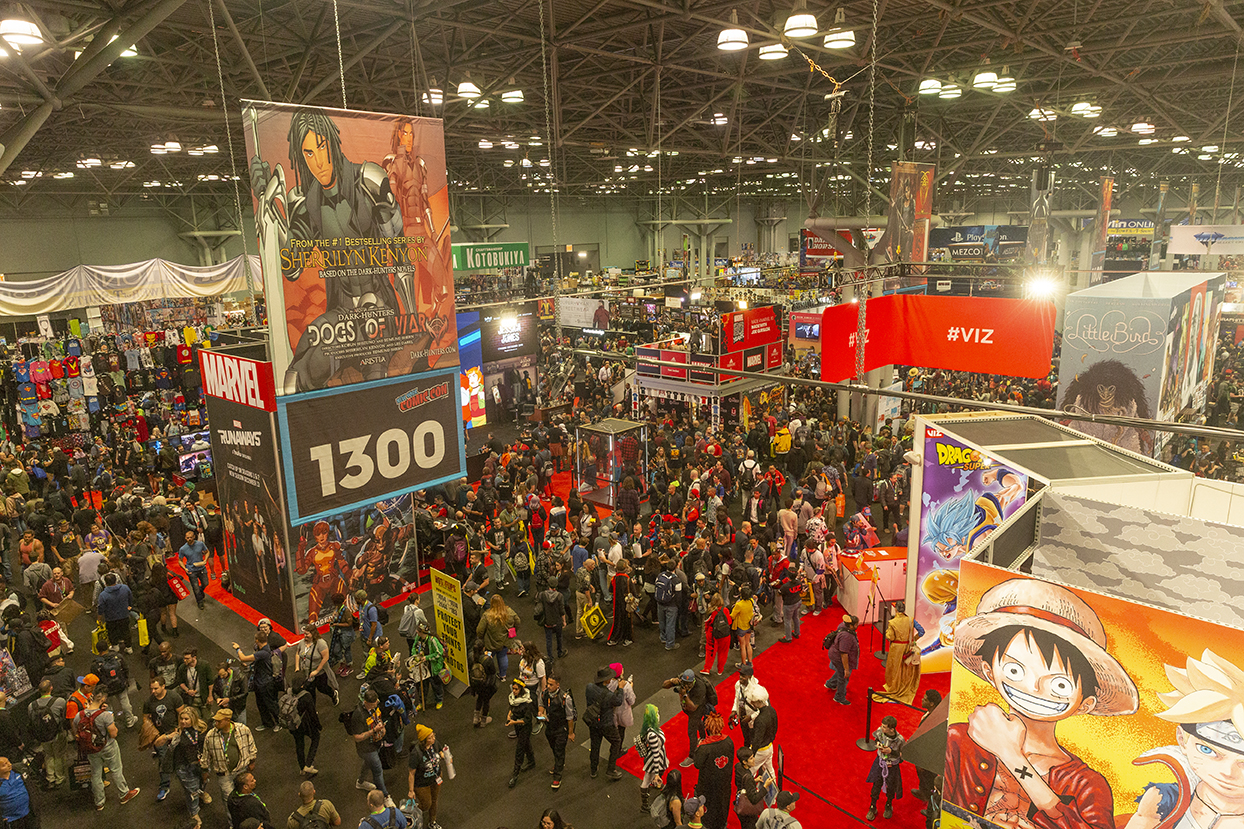 Actually, it is unnamed at the moment. Gildshire thought that “Dawson’s Creaky Neck” might be a good title. But no one has been knocking down our doors with rights’ requests and checks, so maybe that’s just us.

I’ll try to come up with a name, but that is a good one.

Another big moment in the show was when the trailer for the new Picard movie dropped. I don’t want to give it away, but… Oh, okay, okay, I’ll tell you. Picard gets Data out of a drawer in the desk in Picard’s own office. Apparently, Data has been resting(?) there all this time, waiting for a time when he is needed. The crowd gasped over that one. It, for sure, made me excited to see the movie, no matter when it comes out. 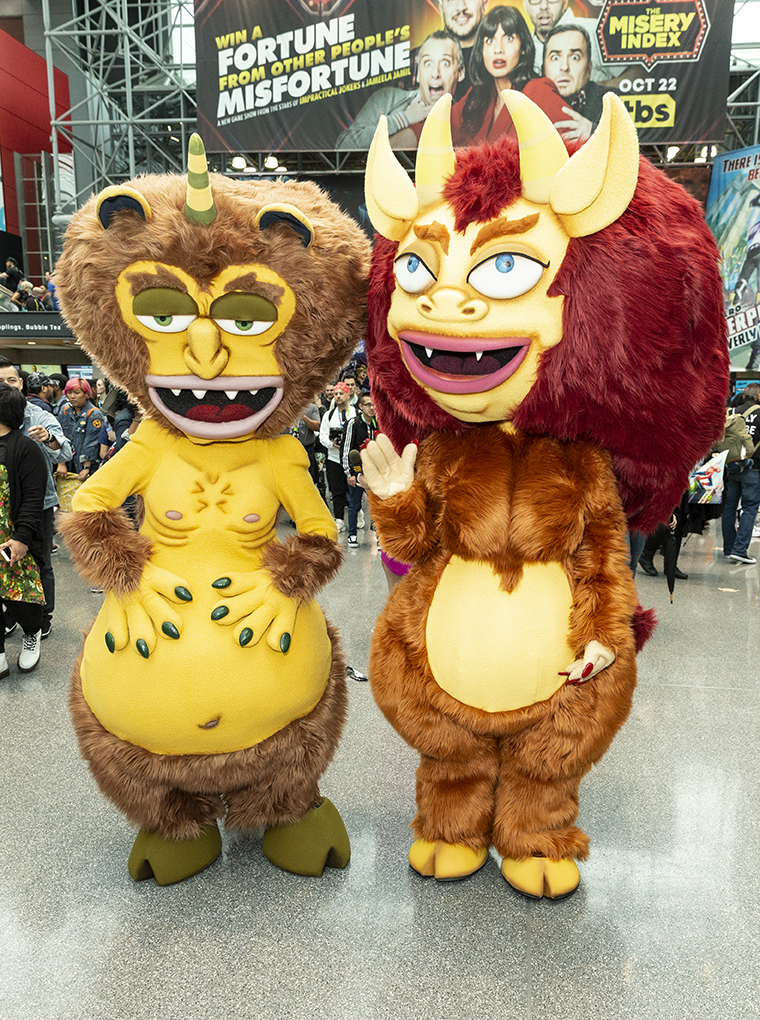 Were there any surprise appearances? Those are the best.

You should have heard the crowd go wild when the entire cast of the Birds of Prey series showed up! Margot Robbie is a particular favorite in this series. She drew quite a crowd and no little amount of applause. Of course, Ms. Robbie is at the top of her game right now and is knocking the cover off the ball in everything she does.

Another crowd favorite, and one of Gildshire’s favorites, as well, was Ashley Eckstein. More popularly known as Ahsoka Tano from the Star Wars series, she was on hand to help judge the cosplay contest and probably, after Margot Robbie, got the second loudest crowd response when she was introduced.

Now, feel free to call Gildshire silly, sappy, and other names that make us feel bad. But, we had a favorite moment during New York Comic Con 2019 that had nothing to do with the displays, the cosplay, or anything having to do with the Marvel or DC Universe.

A favorite that wasn’t about any of that? I can’t wait to hear about this!

There was a marriage proposal in front of the Outlander display. He cried, and she cried. Then everyone who witnessed the moment cried along with them. It was the most touching moment I have seen in a long time.

That’s okay, I’m getting a little misty myself. It sounds like New York Comic Con was well worth attending.

Comic cons all over the country are great, but there is something about a gathering like this one in New York City. It’s pretty special.