New York Fashion Week 2019, a week that many waited for with much anticipation. And needless to say, we were not disappointed. So many wonderful designers showed their upcoming Fall & Winter collections, so many wonderful pieces were shown on the runways. The Go Red For Women Red Dress Collection, Pamella Roland, and Christian Siriano are just three of the many shows that wowed the audience.

Perhaps the most fitting for a show in February was the 15th annual Go Red For Women Red Dress Collection 2019 presented by the American Heart Association and Macy’s, held at the Hammerstein Ballroom. Every year, the American Heart Association in conjunction with Macy’s exhibits red gowns modeled by celebrities to raise awareness for women’s cardiovascular disease. This year, the show was hosted by Top Chef’s Padma Lakshmi, featured Amy Robach (ABC News/Good Morning America), Nicole Ari Parker (Empire, Boogie Nights),Laurie Hernandez (gymnast), and several others as models, as well as musical performances by Eve and The War and Treaty. From sleeveless to cape-like, each dress varied in style, shade, and pattern, illustrating the many forms a “simple” red dress can take on. 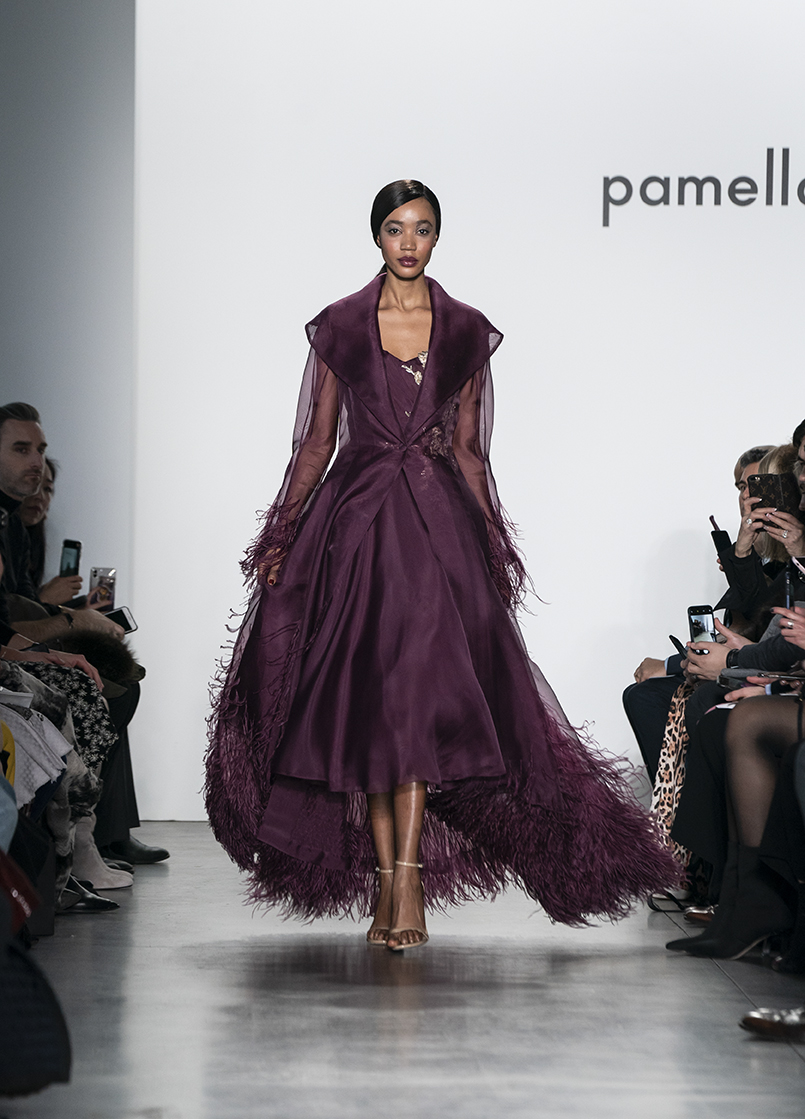 Pamella Roland’s show was filled with dresses that screamed with Hollywood potential. Many gleamed like stained glass windows in shades of deep purple, blue and green. From degrade floral printed Mikado and organza to stretch crepe to lace, each piece was comprised of exquisite fabric. The embroidered pieces were elevated each look to a new level; there were 3D floral appliques, confetti beading, colorful ostrich feathers, ornate metallic threadwork, ombre signature sequins, pearls, and liner mixed-element embellishments.

Roland revealed that over the past few years, her business has doubled. She stated that her company is giving its customers what they want: great cocktail dresses and gowns. In fact, as a request from her customers, her designs had increased use of feathers. Clearly what she is doing is bringing success to her business and pleasure to her customers. While her designers are not very different from past collections, who would be complaining? Everything was gorgeous and what the public wants. 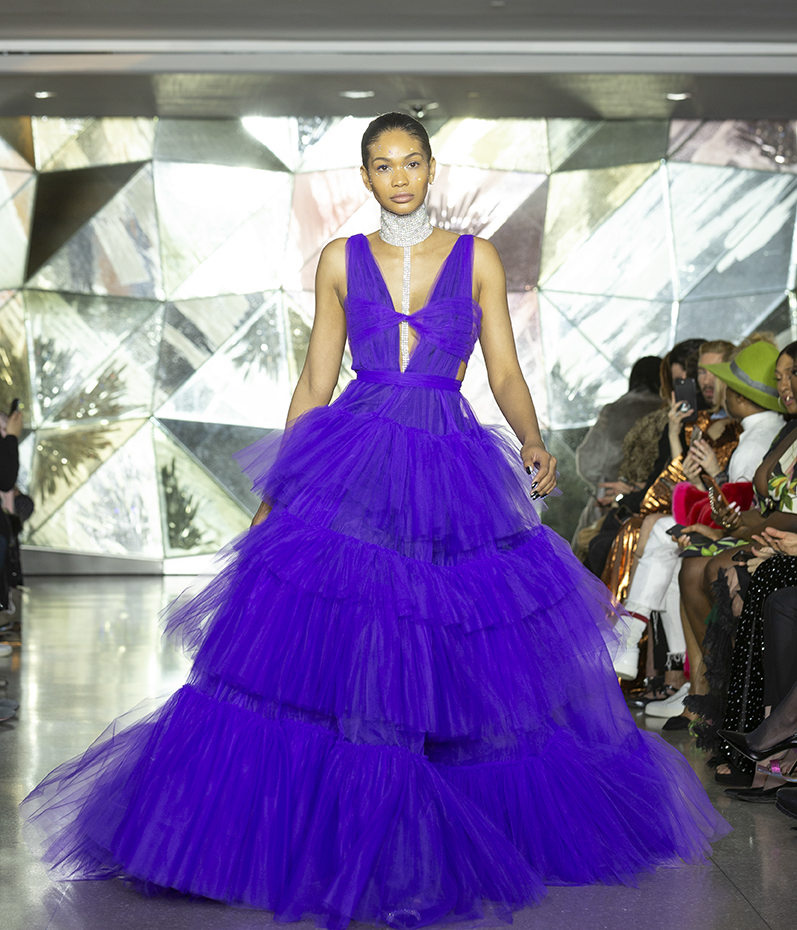 Christian Siriano has given a show to talk about for quite a while now. His runways are always one of the most diverse during New York Fashion week in terms of race, gender, and body size, and this year was no different. Siriano has said, “We try to find a great mix of beautiful people from all cultures and walks of life. Obviously, you can’t do everything because it’s only 45 to 50 looks, but my collections usually have a very strong theme or idea. The clothes already make everything cohesive, so even if all of the people in the show are totally different, I’m pretty good at making it still feel like one voice.” His goal with his runway show is clearly to ensure that his customers can picture themselves in his clothing and be encouraged to wear it.

The collection itself was very futuristic as if society were to live amongst the stars. Siriano backstage said, “I’m thinking of futurism and what do people think about that, what does futuristic mean to everybody else? So mine was if you had to live in a different realm, a different world, how would you dress, and what would your social calendar be like. What would inspire you?” For him, he imagined that outfits would be in shades of silver, gray, black, and purple, each color having a name reminiscent of outer space. For example, this pulsar purple, V-neck tiered tulle gown shown. Various fabrics contained these colors, such as chiffon, tulle, and silk (Siriano’s signatures). However, Siriano also branched out by adding an assortment of meshes. These meshes varied from clingy and studded with crystals, too stiff and structured. Both versions added texture to the collection.

How to Find the Perfect Pair of Jeans