New York Fashion Week is a time of splashy entrances, loud music, and enough lights to illuminate the Las Vegas Strip. But, there is another, more subtle, message behind the mayhem. The expansion of a brand isn’t as readily noticed as a boa with an eight-foot wingspan. But, it will show up on the bottom line, while the boa will show up on the carpet. Laquan Smith is looking to expand his already considerable appeal with his turn at New York Fashion Week 2019. Gildshire was there for the show, and here now with the deets. 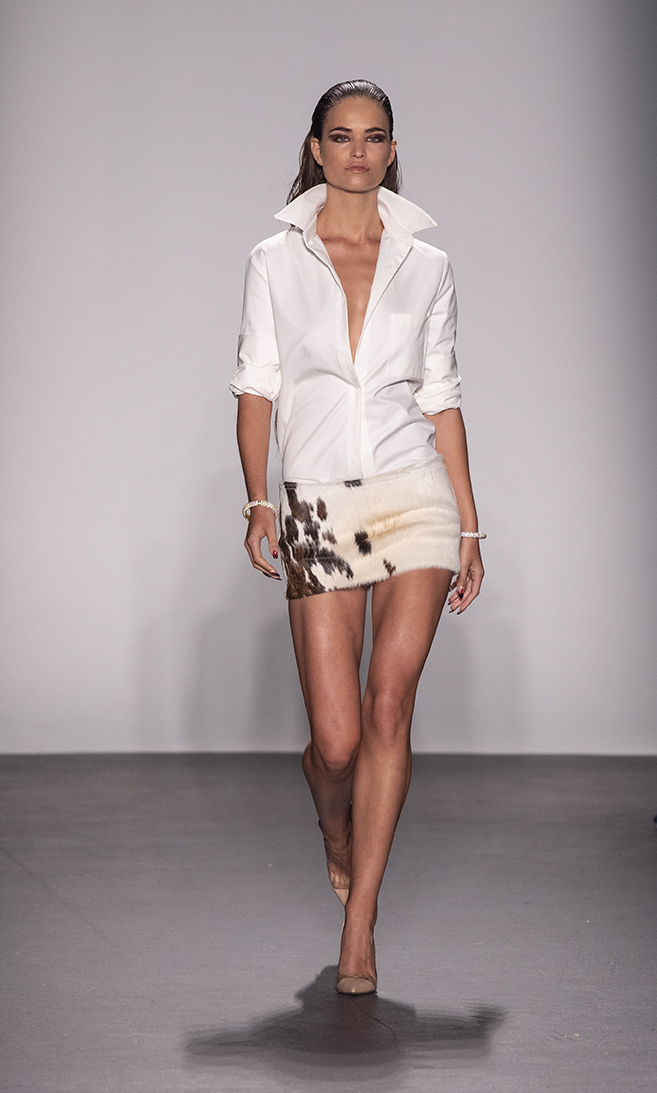 Step One: Make Sure the Beautiful People Wear Your Line.

Mr. Smith is a favorite among those beautiful people, and he returned their admiration by stocking the runway with some of the most striking models in the fashion show biz. He chose Slick Woods and Cindy Bruna to strut their stuff during the proceedings, and Winnie Harlow closed out the show. Off the runway, famous beauties such as Rihanna, Kylie Jenner, Joan Collins, and Mariah Carey, descended on Laquan Smith’s transparent mesh onesie, each imagining how the second skin would enhance their own.

Step Two: Show That Your Line Evolves with the Times.

Smith morphed his brand from his signature 3-D leggings to an expertly-crafted line of evening dress and separates. Did his fans like the changes? Evidently so, as he counts among his fashion adherents Rihanna, Lady Gaga, Beyoncé, and the entire Kardashian clan.

The changes didn’t cause Laquan Smith to vary from his foundations. He still builds his entire collection in Long Island City, Queens, and has no intention of moving from the space anytime soon. 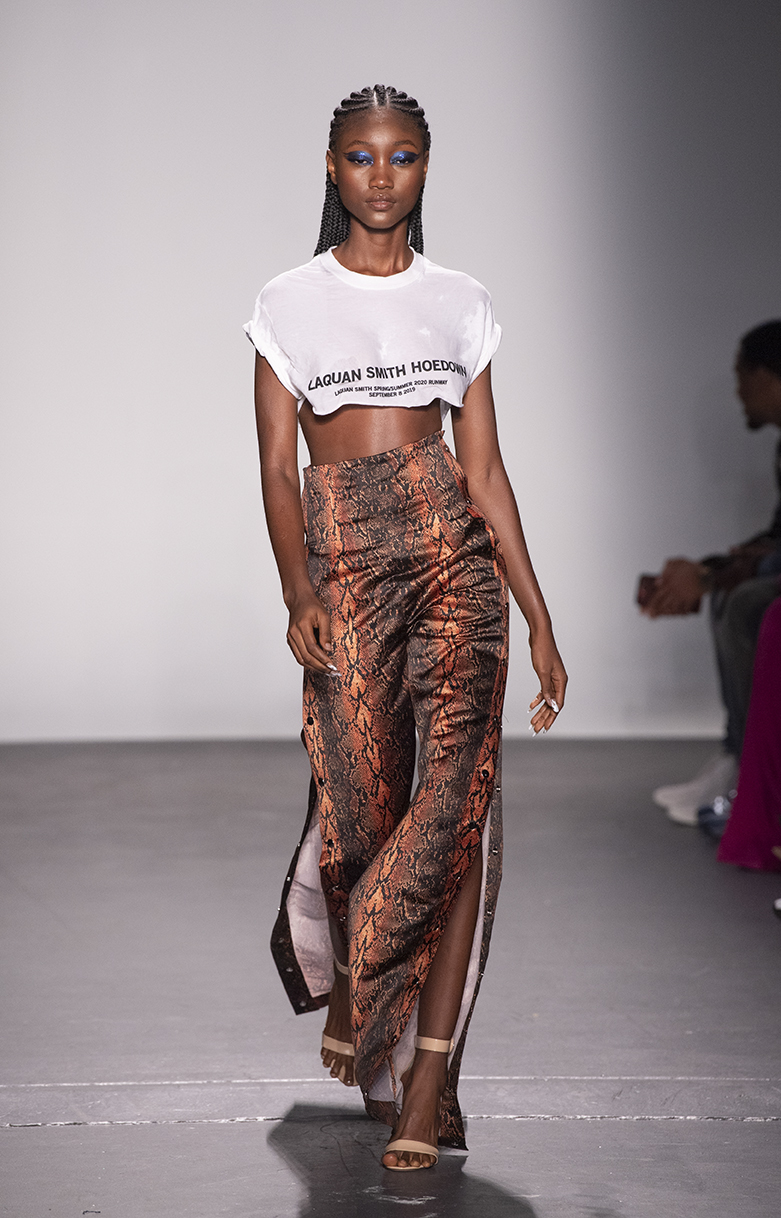 What Parts of His Spring 2020 Line Made the Most Noise at NYFW?

Bodysuits and splashy provocative fare aplenty were Laquan Smith’s stock-in-trade at his show. But the attire carried a distinctive theme. It was a hoedown in the middle of New York City! In addition to the previously mentioned models, singer Trevor Jackson, and Halima Aden appeared. When Harlow closed the show wearing a white, bedazzled bridal minidress, complete with black veil and cowboy hat, the crowd gasped in wonder and delight.

Smith and the Jordache house combined on a smaller collection. This included tight denim shirts with built-in bustiers, and, inevitably men’s, um, rear-endless chaps. The TV series “Big Little Lies” is a favorite among those in the fashion crowd, and why not, as it is a classy bit of entertainment. It had its own moment on the runway. If you watch the show, (and you should), you will remember Renata screaming, “I will not not be rich” to her husband. Laquan Smith put that phrase on a tee.

“The inspiration is biker, wrangler, sexy, provocative, western, glamour,” Smith said when asked about his line.

“I want to be the new American sexy,” he said. “There’s been such a wave of sportswear and streetwear, but we’re missing sexiness. If I can fill that void in the market today, then that’s what I’ll do.”

Change is constant in the fashion industry, and Laquan Smith has his ear to the ground and a finger in the wind. His shows are always entertaining, and his go-around at New York Fashion Week 2019 was no exception…nor did Gildshire expect it to be.