NFL 2018 Draft: Teams in search of a Playmaker Wide Receiver

All eyes are on the top prospects leading up to the 2018 NFL draft. One of the names that will be heavily watched over the next few weeks is wide receiver Calvin Ridley. 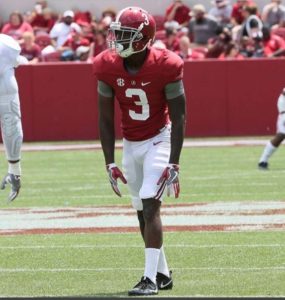 Ridley who might not be the biggest, strongest or fastest receiver in the 2018 NFL Draft is a pure playmaker who lacked the opportunity to shine at times this past season. That was not due to his type of talent but the lack of passing attack the Crimson Tide showcased as a running first offense.

Once predicted at times to fall into the mid portion of the draft anywhere from 14 to 20, now is projected by many draft experts to be off the board before the 10th overall pick. While Ridley holds the top spot at the receiver position, other players like Equanimeous St. Brown, Courtland Sutton, Christian Kirk and Auden Tate all have a chance to solidify their stock over the next few weeks while possibly landing in the first or second round of the NFL draft.

As the 2018 NFL Draft continues to draw closer, one big question many fans and experts will be asking is when will Ridley get drafted as well as how many of these talented receivers will be left on the board on day 2 of the NFL Draft. Here are a few teams that are in search of a playmaker wide receiver. 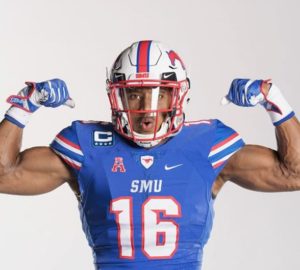 It is hard to say if the Ravens might be the number one team in search of a playmaker wide receiver. That said the team lacked a playmaker after Steve Smith retired and Jeremy Maclin failed to produce in his first season in Baltimore. It is common sense they will address this gap this offseason in hopes of finding some weapons for Flacco, and the receiver position in the draft will be key. Many linked them to Ridley with Ozzie Newsome’s draft history of Crimson Tide players, however Ridley will be off the board by the time the Ravens are on the clock.

After failing to land that talented wide receiver just a few years back with their first round selection of Kevin White. The Bears will be in the market for another wide receiver in this year’s draft and with the number eight pick overall, they would be in line to land any of the top receivers in this year’s draft. While we could easily see Ridley fall to them there, the Bears may have to trade up for him as a team like the Indianapolis Colts or even the New York Jets could select him.

While the check book of owner Jerry Jones could open up to resign Dez Bryant, his production and injury concerns should force the Cowboys into looking at wide receivers in this year’s draft.  While they sit behind a few teams that need receivers like the Ravens and Bears, the Cowboys should have an opportunity to find a playmaker this year. While Sutton fits the bill as a big threat, a player like Christian Kirk of Texas A&M has the speed and craftiness to be a slot receiver or a deep threat similar to Brandin Cooks.

Along with these three teams that are in need of a wide receiver, teams like the Carolina Panthers, Cleveland Browns, Indianapolis Colts, Atlanta Falcons and New England Patriots all could look to draft on early in 2018.