Predicting This Week’s NFL Divisional Round

Football fans have been in spasms of joy over the last couple of weeks. The playoffs began in the NFL, and the College Football Championships culminated in Clemson’s dominating performance in taking down the Alabama Crimson Tide. This week, the National Football League ratchets up the action. The eventual Super Bowl winner will play this week, and the journey to finding out the big winner only becomes more intense. Gildshire is all-NFL all the time in this edition of our sports spotlight. Come along and see what we have to say about the NFL Divisional Round! All times eastern. 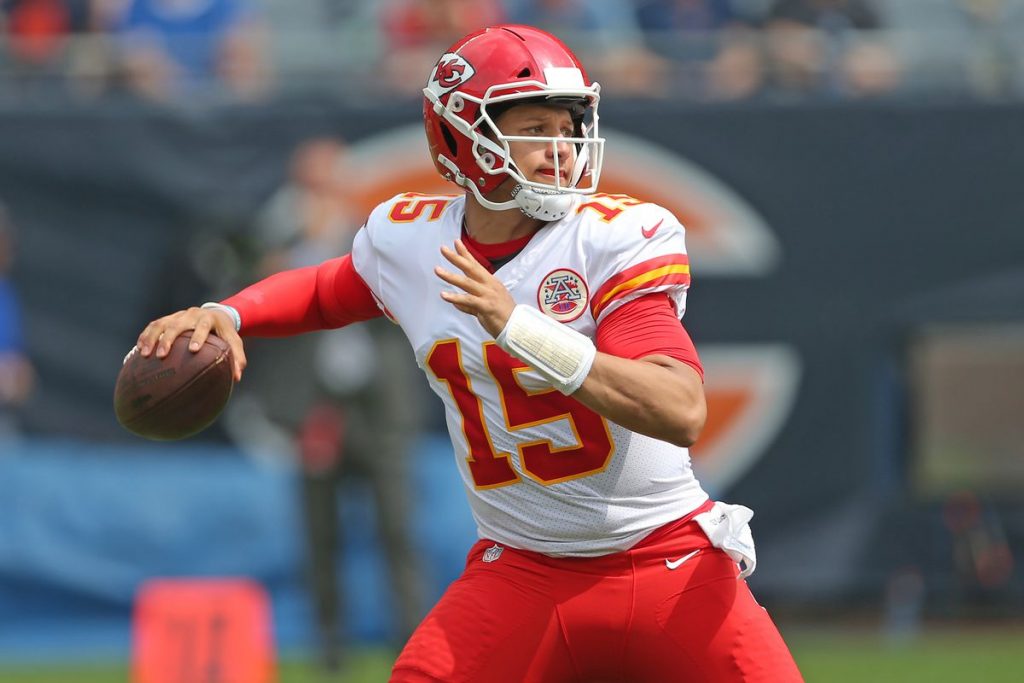 Young Patrick Mahomes is ready for his NFL Divisional Round test against Indianapolis.

The hottest quarterback in the game travels to Kansas City to face the most exciting quarterback in the game. Talk about a prime-time matchup to start the NFL Divisional Round in the middle of Saturday afternoon! Colts’ quarterback Andrew Luck is healthier than he has been since he was drafted and is playing that way, as well. The Chiefs and their wunderkind Patrick Mahomes can light up the scoreboard like no other. Kansas City is a five-point favorite in a game that could be played in a snowstorm. We’ll take the Chiefs to cover the number against the dome-home Colts. NBC has the call.

What a bizarre scene we expect to see when the Rams and Cowboys kick off Saturday evening from the L.A. Coliseum. The Rams’ home will be half Cowboy fans. The ‘Boys travel as well as any fan base in any sport, and the NFL in Los Angeles is still a semi-new phenomenon. The Rams had last weekend off, while the Cowboys were getting an unexpectedly tough tussle from the Seahawks. L.A. was the chic pick for much of the season and, though they have fallen off of late, we think they will have enough to get past Dallas. We’re not comfortable giving the seven points. We’ll pass on this game but, if forced to lean, we lean on Dallas. Fox has the call.

Patriots’ quarterback Tom Brady’s mind is quick, and his arm is deadly accurate. How can you tell that Ole’ Tom is on the bad side of forty? He creaks when he moves around in the pocket. Chargers’ quarterback Philip Rivers is glad to be playing against Brady because that way he can look young. After all, Rivers is “only” 37 years old. These two veterans clash in a compelling NFL Divisional Round game that could determine the AFC entrant in the Super Bowl. Brady has the mystique, but Rivers has the weapons. Not to disrespect mystique, but we choose weapons. Take the four points in our best bet of the week. CBS has the call.

The reigning Super Bowl champs take on the current Super Bowl favorites in the last playoff game of an action-packed weekend. The Eagles have an interesting quarterback situation in that starter Carson Wentz is the better player, but the team plays better with Nick Foles behind center. This is unprecedented in our memory. The Saints simply play great at home. We know better than to bet against Drew Brees under that dome. We’re on the Saints. We don’t relish giving eight points, so this is a small wager. Fox is on the call, with their Number One team of Joe Buck and Troy Aikman on the mike.

That’s our take on the NFL Divisional Round. Enjoy the games, and we’ll be back next week. See you then!

How To Make The Most Of Your Food Processor

Let There Be Light: Choosing The Best Lighting Fixtures For Your Space And Decor Style