NFL Games You Can Afford to See in Person

Even though temperatures are still pretty high in most of the country, the light outside looks somehow different. Shorter days and longer nights herald the close of summer and the start of footba… er, fall. Well, we let our true feelings slip out, didn’t we? Our bad, but we can’t help it. The cheers of the crowd, the smells in the parking lot as the grills sear some beef, the overwhelming head rush as your team scores the game-clinching touchdown. It is true what they say. The best time you’ll have this year will be while attending one, or more, NFL games.

“Sounds fantastic, but isn’t one NFL game awfully pricey? Not to mention ‘or more’”

That’s true in many (okay, most) cases, but that’s why Gildshire called all over the country to find great games that you can afford. Here was our gameday breakdown. 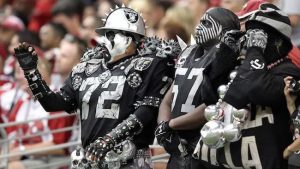 There are some essential parts of the gameday experience. The first is that you are going with a friend or significant other. So all of this is for two people. That means game tickets, two hot dogs, two cups of beer for one, two cups of soda for the other. Add in the price to park your home-team bumper sticker emblazoned car, and we’re golden. We selected the best (in our opinion) home game to be played at these stadiums during the 2018/19 NFL season. Are you ready for this? 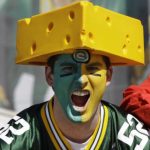 “My cheesehead is on. Please let Lambeau Field in Green Bay be an affordable stadium.”

We recommend the Sept. 16 home opener versus the New England Patriots. This is a revenge game for Jacksonville. In last season’s AFC Championship game the Jags had the Patriots down late, only to lose.

We recommend the Dec. 30 game against the Oakland Raiders. Someone’s playoff lives will be hanging in the balance. Besides, AFC West divisional games just have that certain extra spice.

We recommend Oct. 7 against the Tennessee Titans. It’s unlikely that Buffalo will dethrone the Pats for first place in the AFC East. Tennessee is the kind of squad the Bills might compete with to make the playoffs.

We recommend the Sept. 9 game versus the Pittsburgh Steelers. Gildshire is hearing a buzz that this Browns team may be the best one in a long while, and the Steelers are known for slow starts and fast finishes.

We recommend the Nov. 11 game versus the New Orleans Saints. The Saints won’t be back in Cincinnati for a while, and Drew Brees will have retired by then.

We’re sorry about this Green Bay Packers situation, but Lambeau Field is the fifth most expensive place to see a game.” 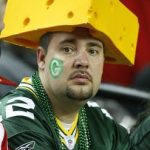 “My cheesehead is sad.”

Victorian Medicines You Should Definitely Not Try