NFL Positive and Negative Surprises at the Quarter Pole

The National Football League arrived at the quarter pole this week with the wild and woolly Monday Night Football game between Kansas City and Washington. Though there is (Say this with deep intonation like an announcer.) “a lot of football left to be played,” some storylines are coming into focus. Today, Gildshire’s Sport Magazine examines the positive and negative in what we have seen thus far. Think of it as the yin and yang of early-season NFL football. 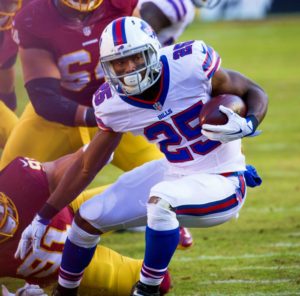 Yin, Buffalo Bills: The Buffalo Bills came into the NFL season about as far under the radar as a groundhog. In the same division as the vaunted New England Patriots, Buffalo was expected to fade into the snowbound north even earlier than normal. Instead, the Bills are alone at the top of the division with a 3-1 record.  Credit the defense, ranked fifth in the 16-team AFC. Quarterback Tyrod Taylor has been judicious with the ball. His five TDs versus just one interception tells that tale.

Yang, New York Giants:  More than one observer predicted a division championship, if not more, for Big Blue. Instead, it has been the Giants’ fans who have been big-time blue. Winless after four trips to the post, Giants’ quarterback Eli Manning is taking the heat, but Manning has been average. The 15th-ranked rushing attack in the NFC that should hang its head in shame. The 13th-ranked defense is part of the problem.

Yin, New York Jets: If I had given odds before the season that the Jets would be two games better than the Giants at this point, the odds would have been in the 75/1 range. That’s how startling the “J.E.T.S Jets, Jets, Jets” four-game performance has been. The Jets are middle-of-the-road offensively and defensively. Color their fans amazed!

Yang, Oakland Raiders: The chic pick to represent the AFC in February’s Super Bowl, the 2-2 Silver and Soot have been anything but super. Now, Raiders’ quarterback Derek Carr has a bad back that will keep him out of the lineup for 2-6 weeks. The Raiders might be able to weather two weeks without the dynamic Carr. Six weeks without him will be the end of the line for the 2017-18 Raiders.

How “perception is everything” is the NFL? The Jets are a yin at 2-2, while the Raiders are a yang with the same record. 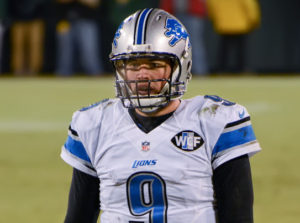 Yin, Detroit Lions: Lions’ fans are used to looking up at Green Bay’s Aaron Rodgers and his three-day growth, wishing they had his team. This year, though, the Lions’ faithful are happy to have Matthew Stafford and the team he leads. Detroit and Green Bay have identical 3-1 records, but the Lions have been much more impressive along the way. Is this the year that Thanksgiving morning (on the west coast) is must-see TV? If the Lions continue to impress, the answer would be “yes.”

Yang, Los Angeles Chargers: The Chargers’ 0-4 record isn’t completely startling, but the whole Charger experience is a bit desultory. They can’t fill a barely 30,000 seat stadium, and they aren’t even making news in the Southland. It is more than possible that the Chargers’ brass wishes it had re-thought San Diego. Quarterback Philip Rivers deserves better than this as his career begins to wane.

Yin, Los Angeles Rams: The Rams are 3-1, but it is how they are doing it that makes L.A. football fans excited. Second-year quarterback Jared Goff is leading a high-scoring offense that the Showtime-loving Angelenos are buying into. A division most observers conceded to Seattle looks like a struggle into Christmas. That’s a month after most of us saw Seattle clinching another division crown. 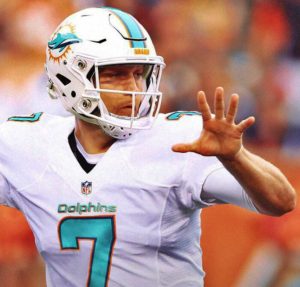 Yang, Miami Dolphins: Dolphins’ quarterback Jay Cutler was headed for the broadcast booth when Miami lured him into training camp. First, came a hurricane, which postponed a game. Next came an unsuccessful trip to London. After three games (So, we get it, they haven’t arrived at the quarter pole just yet.) the Dolphins are averaging 8.3 points per game. That’s pitiful! They’re lucky to be 1-2.

That’s what the NFL landscape looks like at this juncture. We’ll be back when the teams have played eight games (More or less, as bye weeks mess with continuity.) We’ll see how these teams, and the rest of the league, look at that point. Enjoy the games. You know we will.

Natural Disasters and Your Insurance Coverage

Mass Production Farming Processes and the Impact on the Environment