Japan’s World No. 1 women’s tennis player, Naomi Osaka, stepped out onto the court for her first-round at the US Open and stunned the crowd wearing an exclusive NikeCourt x Sacai outfit, designed by Chitose Abe. Nike has been her apparel sponsor since 2019, but really blew her away with this incredibly innovative design.

Osaka is ranked No. 4 by the Women’s Tennis Association and is the first Asian player to hold the top ranking in singles. Her successes in the tennis world combined with her multi-ethnic background and shy, candid personality has made her one of the most marketable women athletes. In fact, in 2019 she ranked second in endorsement income behind only Serena Williams.

As the first athlete to ever wear the exclusive NikeCourt x Sacai performance apparel, Osaka says that the designing process was “a little bit rushed”, though “they were so kind.” This debut black and orange outfit consisted of a double layer skirt and bodysuit. Osaka claims to only have had a say in the color choice, that her favorite color is black and “everyone” knows that, and feels that it is the “cutest thing” she has ever worn. To further this feeling, Osaka said:

“I instantly loved what Chitose drew down. There are so many things I love about this outfit. I love pleated skirts, and this one isn’t just a normal pleated skirt; it feels a little bit abstract in a sense, because it has a lot of different things going on. In the back, I have a ruffle piece that is also cut out, which is nice.” 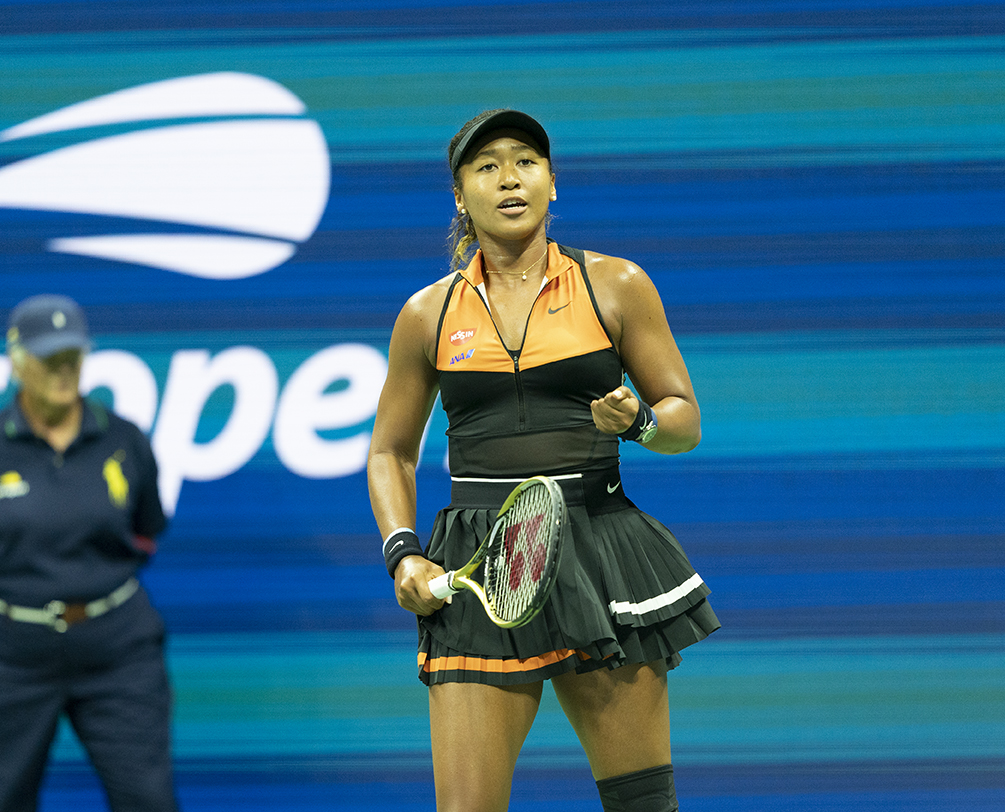 This collaboration came about as Nike has been stepping up their game by collaborating with various innovative designers. The NikeCourt x Sakai collaboration is the result of Nike and Sacai, a Japanese womenswear label headed by Chitose Abe, joining forces to launch this urban, sporty, easy to wear line. Abe’s designs have been known for being that as well as edgy so combine with Nike’s sportswear, the collaboration was expected to embody playful innovations, which is what they seem to have achieved.

In the beginning stages of the designing the collection, Abe searched Nike’s archives and found inspiration that matched her own aesthetic preferences for bright colors, original silhouettes, and utilitarian sportswear. Abe said in a Business of Fashion interview, “Nike is a classic and an original that has a purity about it and a familiarity to the silhouettes that they’ve created over the years, so it’s a perfect fit with my aesthetic and inspiration.” On the flip side, the Vice President and Creative Director of Nike Sportswear claimed, “Many of her collections have inspired the design team at Nike, through her elegant and graceful application of materials.”

Osaka’s outfit is the outcome of Abe’s specialization of crafting silhouettes and Nike’s focus on the technology of fabric. Her bi-layer pleated skirt is a twist on the standard skirt by adding depth and dimension where there normally is not. The pop of orange against the black captures the eye of the viewer and connects the outfit to look more like a dress, giving a more elegant appearance. At closer glance, the outfit looks like a contemporary bodysuit bridging the past traditions with modern day trends of tennis.

Wearing this outfit for the year’s final major was a great choice because over the years, Flushing, Queens (where the season always ends) has become a runway of sorts for tennis fashion. Affirming the synergy of tennis’s athleticism and style, the outfits match the intensity of the game. Osaka’s and the collaboration between Nike and Sakai has given that fashion works and tennis world alike something to talk about. We hope to see more great collaborations in the future!