No, the Voynich Manuscript Has Not Been Solved

In 1912, a strange book was discovered. Known as the Voynich manuscript (after the man who discovered it, Wilfred Voynich), it dates back to the 15th century and is completely encrypted in a strange language. Its illustrations were even stranger, and included plants that don’t exist, women in strange machines, and Zodiac symbols. Medievalists, linguists, and other experts have poured over its contents for decades, hoping to one d ay learn its secrets.

This past September, a man claimed to have solved the Voynich puzzle, and online headlines went crazy. “Voynich Manuscript solved!” they read, and for a short period of time, people were excited. Nicholas Gibbs’ theory was that the manuscript was a customized book about women’s medicine, and that the strange language is actually an abbreviated form of Latin. 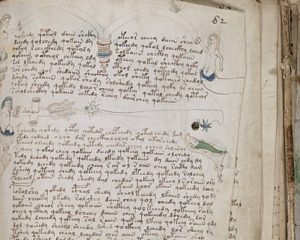 Page from the manuscript

At first glance, this seems like a plausible theory among dozens, but other researchers were quick to jump in. First of all, the basis of Gibbs’ “Latin abbreviation” theory is that the book must have included an index at some point, which would allow a person to see what the abbreviations stood for. Basing an argument on a hypothesis with no actual proof isn’t very credible. Gibbs did attempt to translate two paragraphs of the manuscript, where each character represents a Latin word, but others pointed out that the Latin doesn’t even make sense.

The other part of Gibbs’ theory – that the book is about health – is probably right, but it’s hardly a new discovery. Experts have agreed for quite a while that based on the illustrations, the book has something to do with health, and the fact that the figures pictured are women indicates specifically gynecology. Historians are annoyed that Gibbs drummed up such enthusiastic headlines when he really just used already-existing research and then a vague idea about abbreviations and a missing index. Apparently, he didn’t even talk to the library where the original Voynich Manuscript is kept. 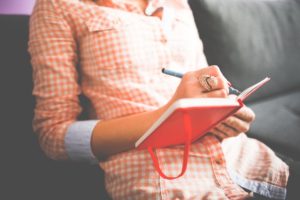 Is the Voynich manuscript an alien’s diary. Unlikely.

Gibbs’ theory is hardly the most far-out. As is to be expected when anything goes unexplained, some people out there credit aliens. Their reasoning? The language doesn’t exist. Saying that we should “consider all possibilities,” the theorist also muses that the book might be the diary of a stranded alien. Obviously, no historian or cryptologist takes these types of ideas seriously.

One that that is considered is that the book might be a hoax or joke. According to hearsay, Rudolf II might have bought the book from a known con man, Edward Kelley. His partner Dr. John Dee was an astrologer and mystic, so together, they might have created the book and sold it for some quick profit. Edward Kelley ended up jailed in a tower by Rudolf for failing to create gold through alchemy. Kelley fell to his death from his prison, and perhaps took the truth about the Voynich Manuscript to his grave.

The Voynich Manuscript is digitized, so now anyone with some time and enough curiosity can try to decipher it. This irritates historians, because it generates a swarm of inaccurate and half-baked theories that overtake the legitimate ones. I say, the more the merrier, because why should something this intriguing be left only to the academics?

Nicholas Gibbs theorized about a lost index that would solve the Voynich manuscript. What other “lost” books are out there?

The Top Five Dining Gems in the Northeast