The Nutty Narrative of Nutella

Americans love Nutella, the smooth chocolate-hazelnut spread that’s delicious on toast and spoons, but Europe is even crazier about it. In January of 2018, a dramatic discount in France sparked riots as people fought to get their hands on as many jars as they could carry. An over-the-top reaction? Maybe, but Nutella is very important to Europe, especially Italy, where it was created. When did it first appear? 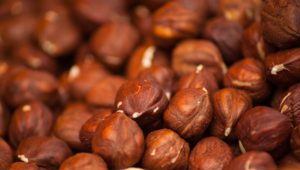 For years, the Italian city of Turin was known for its chocolate. In 1806, Napoleon threatened that status by conquering his way across Europe. Turin couldn’t access their supply of cacao beans from Britain. As legend tells it, Turin took advantage of Piedmont, the northwestern part of Italy, and its hazelnut trees. When smashed, hazelnuts bear a similar texture to cocoa powder, so Turin chocolatiers blended cocoa and crushed hazelnuts into a delicious treat. Historians question this story, however, because at this time, people only drank chocolate, they didn’t eat it in spreads or bars. There’s also doubt that Turin had the kind of technology necessary to grind enough hazelnuts to mass produce their chocolate-nut concoction.

Whether or not the legend of Turin is true, a chocolate-hazelnut blend definitely appeared at the 1866 Turin Carnival. They called the treat “gianduia” after a famous Turinese carnival character. Choosing this name shows how significant the chocolate was to the area and to Italy as a whole, since in 1861, Italy held its first parliament as a unified country. The new government’s location? Turin.

The birth of Nutella

In 1946, Italians faced a new chocolate supply problem. War raged, and the pastry chef Pietro Ferrero decided to make gianduia again. He shaped a thick bar from sugar, hazelnuts, and cocoa, giving it the name “Giandujot.” Despite costing 4-5 times less than regular chocolate, Giandujot was still too pricey for most people, but the seed of genius had been planted. 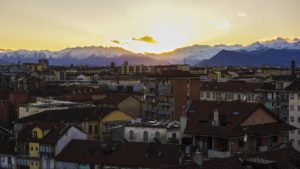 The city of Turin

In 1949, Pietro died, and his son Michele took over. There are two stories about what happens next: one is that during the summer heat, the Giandujot bars melted, so stores began selling it as a spread. The other story is that when the bars melted in a warehouse, retailers scooped what remained into jars. Regardless of why, Ferrero began selling “La Supercrema” in 1951, making the chocolate easier to spread and cheaper, so people could enjoy the treat on a daily basis and not just on special occasions.

Ferrero soon changed the name to “Nutella” for legal reasons and added an undisclosed amount of palm oil to the recipe. It became a common breakfast and snack spread, reaching Asia and the United States in the 1980’s.

Globally, a jar of Nutella sells every 2 ½ seconds. At Columbia University, an expose revealed they were spending $6,000 per week on the spread to keep up with student demand. Apparently, the dining hall went through 100 pounds per day. We mentioned riots after steep discounts, and people will sometimes go even farther. In 2013, thieves made off with 6 tons (5.5 metric tons) of Nutella valued at about $20,000. 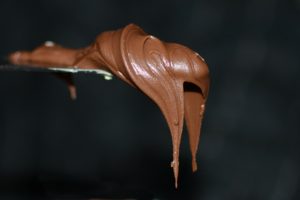 The unmistakable texture and taste of Nutella

You can find Nutella knockoffs everywhere from companies like Hershey, Justin’s, and Nocciolata, an organic chocolate-hazelnut spread. However, it’s hard to capture either the smoothness or the perfect flavor balance that Nutella possesses. There are many imitators, but only one original.

Nutella is often paired with peanut butter in a sandwich, but when (and why) did the original PB&J become popular?

Stolen: The Changelings of Ireland