Sometimes called “Madonna of the East,” Ofra Haza’s life bears all the elements of a rags-to-riches story torn from celebrity gossip magazines online. She released 16 gold and platinum albums, achieved international fame, and died tragically young. She was born in Tel Aviv to parents who had immigrated from Yemen. Yemenite Jews have a challenging history. The largest immigration was nicknamed “Operation Magic Carpet” when 49,000 Yemenite Jews moved to Israel between 1949 and 1950. The official story is that Israel “rescued” these Jews from oppression in a foreign land, but the reality is more complicated. Yemenite Jews like Ofra Haza and her family often faced segregation and discrimination in Israel. 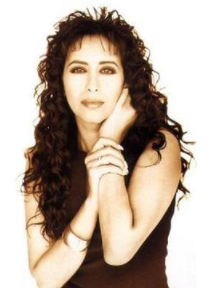 This was the world Ofra Haza was born into. From a young age, she excelled at music. At 12, she joined a theater group, where Bezalel Aloni noticed her. He became her manager and musical mentor. He originally didn’t even dream of becoming a songwriter, but when he wrote for Ofra, the songs became hits. By 19, Ofra was Israel’s most popular pop star, and journalists called her “the Madonna of the East.” In 1983, she performed at the Eurovision song contest, and placed second. In 1984, she released the album that would change everything.

Titled “Songs of Yemen,” Ofra recorded spiritual and secular songs passed down for generations. The album shocked fans. Ofra hadn’t drawn attention to her Yemenite roots before. Many radio stations in Israel wouldn’t even play the new music. This was the album that gained the attention of the international music world, however. The album included the song “Im Nin’alu.” The remixed version exploded in Europe in 1988, climbing the charts and hitting #1 in some countries. In the U.S., it peaked at #15 on the Billboard Hot Dance Club Play list. 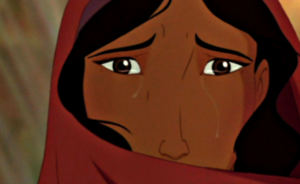 Ofra continued to gain recognition. She performed in Europe and North America. Her 13th album “Shaday” sold over a million copies. In 1993, she became the first Israeli singer in history to receive a Grammy nomination. “Kirya” didn’t win for the World Music category, but it represented a huge milestone. No Israeli singer has since been nominated. In 1998, she took the role of Moses’ mother in the animated film The Prince of Egypt. Her performance of “Deliver Us” resonated with the younger generations across the globe. Ofra ended up recording 17 versions of the song in different languages. 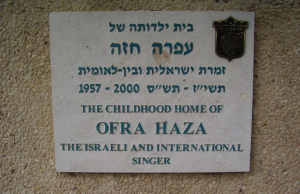 The Prince of Egypt proved to be one of Ofra’s last high-profile projects. She had married in 1997 and fans assumed she would settle down and have a child. However, in February of 2000, she went to the hospital and stayed for nearly two weeks. On the 23rd, the shocking news broke that she had died at age 41. Organ failure, the press said. However, it eventually came out that Ofra had died from AIDS-related complications. Immediately, grief-stricken fans blamed her husband, so the family released an updated cause of death. After a miscarriage, she had been infected by a blood transfusion. Because of the stigma, even the hospital workers where Ofra died hadn’t known about the diagnosis.

Though her life ended in tragedy and many believe the press violated her privacy, Ofra Haza’s legacy cannot be denied. The beauty of her voice broke barriers in Israel and reached the international community in a way no other global artist had before. Her songs have been sampled by artists as diverse as Snoop Dog to Sarah Brightman. To hear Ofra Haza’s breakthrough hit “Im Nin’alu,” click here.

For more celebrity gossip magazines online, check out the article about Bert Williams, another performer who rose to fame in an inhospitable environment.