Eight years ago, no one was intoning “Hey, Google,” into the air. Ten years ago, “Siri” was a cool name to give your newborn daughter, but you wouldn’t expect her to answer questions about the current weather in Mumbai. The term “smartphone” came into the lexicon in 1995, but who would have predicted you could use yours to check your door locks from thousands of miles away. Today, these are commonplace occurrences, and Generation Z will blanch at the thought of a world that doesn’t include Alexa. Are we done, at least for a while? Is technology taking a breather for a bit? Not even! Change is on the way, and the way we shop online will be at the focal point. Here are some ideas about why and the online shopping changes Gildshire anticipates seeing by the end of next year.

This could be one of about ten big-box stores.

Many of the online shopping developments on Gildshire’s mind for 2019 come courtesy of the death knell for big-box stores that couldn’t, or wouldn’t, adapt to the way people shop in this century. The decline has been fast and the results tragic for employees.

Twenty years ago, Sears and Toys “R” Us brought traffic into the mall’s parking lot. Now, Sears is dying, and Toys “R” Us has expired already. Not coincidentally, malls anchored by these former retail giants are wallowing in rough seas without a rescue ship in sight.

Toys “R” Us made the news, but Best Buy will close stores in the next two years. Earlier this year, Sam’s Club closed stores without even warning the employees on the schedule that day. Bon-Ton liquidated its retail stores near the same time that Sam’s Club went toes up. Who will be next? We expect more traditional retail stores to go down this same path during 2019. Big-name retailers are flying distress flags. 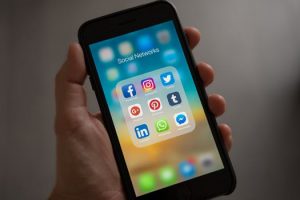 There are 314 million active social network accounts in this country alone. That said, most users have yet to hit the “buy” button from ads that show up on social media feeds. But, that may change by as early as the spring of 2019. The catalyst that will bring about the change is the ability to load a payment source on to your Instagram or Snapchat account. Social media is impulse (do you remember that post you made and regretted it later?) and one-button payments through PayPal, Amazon Pay, and Venmo is impulse realized.

The Rise Of the Voice Assistants

Hopefully, you said this one aloud, like a video game boss, using your thunder voice. To date, Millennials and Gen Z are the shining starlights of online shopping, however, don’t count out older people, who eventually catch the new tech vibe. When they discover voice assistants, they will quickly learn that speaking doesn’t hurt arthritic and carpal-tunneled hands. When that happens, change will be underway. There are still an awful lot of Baby Boomers who will be talkative with their speakers in the very near future.

Explosion Of Online Shopping for Groceries 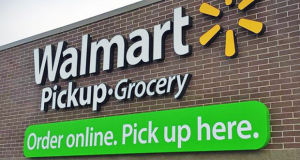 Walmart made online shopping for groceries both cool and convenient.

I am sure you are aware that Amazon purchased Whole Foods. They didn’t do it to get the best price on quinoa and kale. Amazon is looking to get ahead in the booming online shopping movement where groceries are concerned. Click-and-collect is the next big thing in grocery acquisition, as Amazon and Target take aim at Walmart who has the early lead when it comes to selected-by-the grocer orders brought to your car.

Those are Gildshire’s predictions for next, but we know our limitations. Each New Year’s Eve we look into the past and say, “We didn’t see that coming.” When we’re surprised next year, you’ll know first. That’s why we always say, “Keep an eye on us.” Gildshire’s Mall of Magazines is a one-stop for information. Now, if we only had an Annie’s Pretzel and a Cinnabon, we would be a real mall.