If you’re pear-shaped and you know it, clap your hands.

Proud to Be a Pear.

Now that you have, you can join millions of women around the world who are also aware of the fact that they have a body type that can be viewed as a blessing or a curse, depending on one’s perception of it. As we all know, the female body can come in several different shapes: the “pear”, the “apple”, tall and angular, short and solid, lean, curvy and everything in between. However only those of us who fall on the pear shaped side of the physique spectrum know the unique benefits  that pear-shaped pride brings as well as the drawbacks that having one presents. 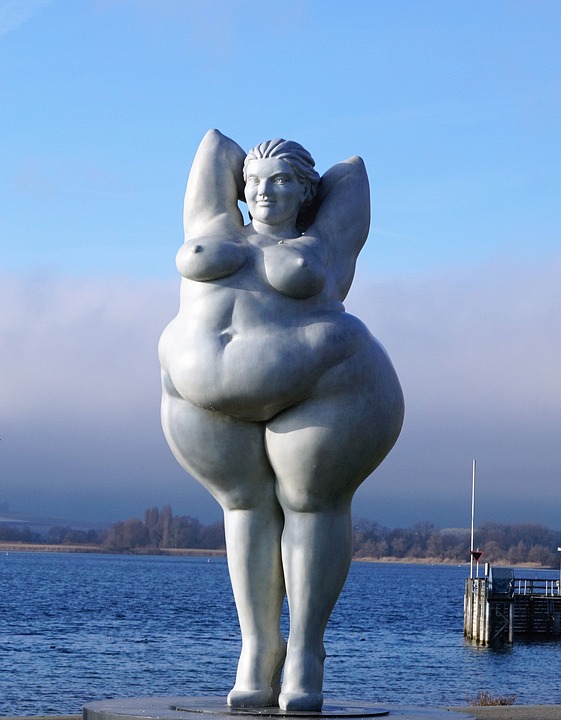 Through out history, curvier shapes were much admired because they symbolized fertility.

The downside of pear-shaped pride is the obvious which is the fact that those with such body types tend to appear bottom-heavy. Weight tends to gravitate towards the posterior, thighs and hips which can be difficult areas to tone and successfully work off. As a result, depending on the “severity” of things, a woman can appear disproportionate, especially if they have narrow shoulders that don’t offset the size of their lower halves. Then there’s the issue of clothing. Finding dresses that the larger size of one’s hips and thighs while still being a perfect fit on the upper body can present a challenge that many retailers in the fashion industry have either chosen to disregard or are simply unaware of. However there are benefits too which include, but are not limited to the simple fact that the pear shape can often create a slightly exaggerated yet attractive female silhouette. Undoubtedly, the ultimate Jessica Rabbit-esque femme fatale, with womanly thighs and wide, “child-bearing” hips, can represent a type of femininity reminiscent women captured in early 18th century oil paintings lying languidly on a chaise lounge. From a less aesthetic and more practical standpoint, it also means that weight gain can be less obvious for us pear-shaped princesses. This is primarily due to the fact that the extra pounds don’t typically settle in areas that are immediately noticeable such as the face, upper body, and stomach.

Regardless of Shape, Love Yourself.

However ultimately, the moral of the story isn’t that one should walk around with unwavering pear-shaped pride if they have a pear-shaped body. The point is that it’s important to take pride in whatever body one has and treat it with TLC since, at the end of the day, it’s the only one all of us ever get.

Follow the Advice You Would Give to Your Younger Self