Ancient people gathering oysters for food discovered pearls, luminous white gemstones hiding in the mouth of the ocean creature. Historians know that pearls are the world’s oldest gemstone worn as jewelry before any other stone; the oldest known example dates back to 420 B.C.E. Today, we associate pearls with old Hollywood glamour (or Lisa Simpson) and excess. How have pearls been viewed throughout history?

For elite eyes only

Pearls become symbols of purity and status. Subjects would gift them to Chinese royalty and during his reign, Julius Caesar made it illegal for anybody but the ruling classes to wear them. During the Middle ages in Europe, that tradition continued, and only the richest members of society wore them. Knights would even carry pearls into battle for good luck. By the time of the Tudors, designers began incorporating pearls in more innovative ways. Elizabeth I had pearls sewn all over her dresses, shoes, and even wigs. 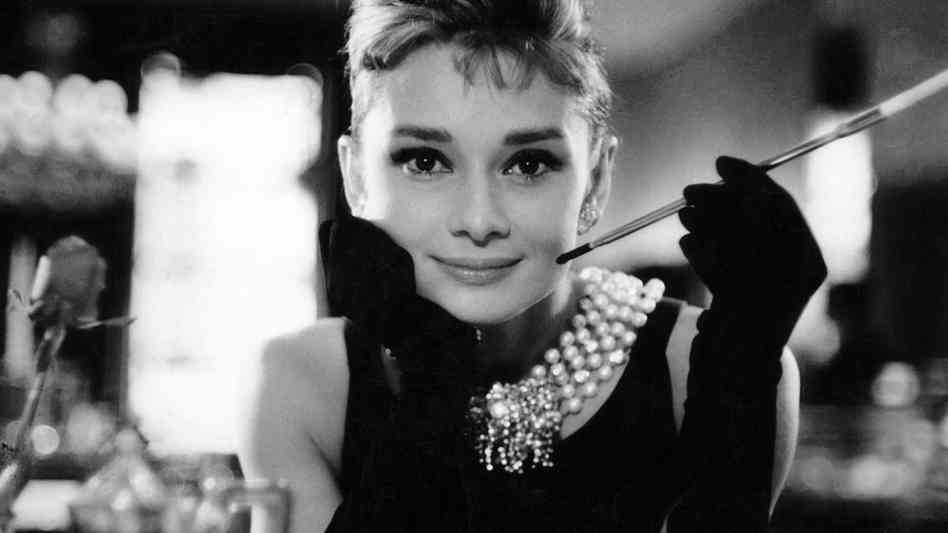 The World’s Oldest Gemstone: Holly Golightly from Breakfast at Tiffany’s also wore pearls, and the look of the little black dress and gleaming white globes became an iconic image.

In the modern world, pearls held their place as jewelry for the elite. For her 1936 portrait, Coco Chanel wore multiple strands of pearls, making it clear that her brand was about luxury and class. Holly Golightly from Breakfast at Tiffany’s also wore pearls, and the look of the little black dress and gleaming white globes became an iconic image. During the 1970’s and push against consumerism and excess, pearls went out of fashion, but they came roaring back in the 1980’s. Today, the classic strand is seen as a bit old-fashioned by many, but you’ll see the gem used in more unique, innovative ways.

Natural pearls are actually extremely rare, with antique necklaces and earrings selling at auction for millions of dollars. The natural pearl shortage started decades ago, prompting research into how to make pearls artificially. Kokicho Mikimoto employed a method in 1893 after buying his first oyster farm in 1888. After that, cultured pearls (also known as farmed pearls) became widely-accessible.

How do you make cultured pearls? Let’s go over how pearls are made naturally first: a grain of sand or small dirt particle gets stuck inside an oyster shell. To prevent it from damaging the soft insides, the oyster will layer it in mucus secretion, which eventually harden into the round gemstone. In modern farms, pearl technicians actually open the oyster, careful to not hurt or kill it, and surgically implant a bead of shell and piece of mantle tissue. The oyster will then begin the layering process in the sea; they are kept in mesh pockets and fed by nutrient-rich bays protected from the wild.

The pearl-making process takes months, with the technicians closely monitoring the oysters, their water temperature with state of the art water temperature sensors, and removing parasites. When it comes time to harvest, only a small percentage of the millions of “pearled” oysters will actually produce a pearl. Less than 5% end up creating pearls that will make it to market.

A rainbow of color

What about black pearls? The Tahitian black-lipped oyster creates naturally-black gems. If the pearl ends up forming near the oyster’s thick black band (which is white or silver in other types of oysters), the pearl absorbs the color. Black pearls range from silvery-gray to midnight-black, depending on how close they are to that color band.

You aren’t just limited to white or black pearls. The Akoya pearl oyster creates blue pearls, but they are rare. The United States loves pink pearls, which the endangered queen conch snail forms. Technicians don’t know how to culture pink pearls, so most are dyed. The golden-lipped oyster creates gold pearls, which often shine with overtones of pink. Because pearls are luminous, you’ll find lots of overtones in blue, blue-green, purple, and so on.

The golden-lipped oyster creates gold pearls, which often shine with overtones of pink.

Always a rebel, the late Alexander McQueen made a dress for singer Bjork that consisted of just strands of pearls held together using body piercings.

Five Things that Have a Bad Impact on Your Gut

How to Know if You are in a Karmic Relationship?