Why Are People Drinking Vinegar?

You may have heard tell of the health benefits of apple cider vinegar, especially the organic kind with the “mother” intact, but have you seen those videos of people drinking it straight? It’s a little like the “Cinnamon Challenge” everyone was doing a while back, but drinking vinegar is supposed to be a health thing. Does it work? Can it help you lose weight, as many insist? 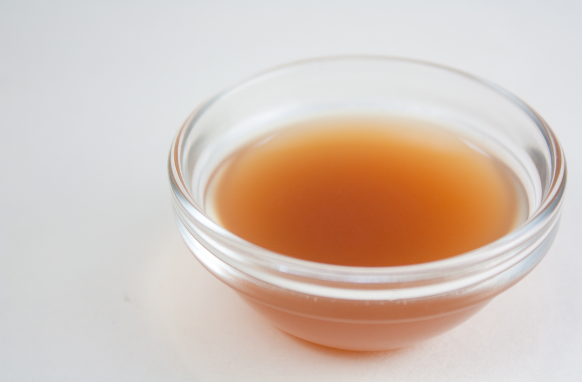 In studies, apple cider vinegar has been shown to make some people feel full, so when taken before a meal, people eat less. There’s also been evidence that vinegar can reduce blood pressure in animals, although we don’t know if this is true in humans. There’s also talk of ACV improving a person’s insulin sensitivity and balancing blood sugar, which is good news for diabetics. This reduction of blood sugar after meals heavy in carbs is also good for those looking to lose weight, because it prevents further carb cravings.

It makes sense to include vinegar in salad dressings, but lately people have been drinking it straight. For the homemade versions, people are mixing 1 tablespoon of ACV in water and gulping it down before meals, or to help indigestion or heartburn. There’s no concrete evidence that this works, but it’s been a old wives’ remedy for decades. Diluting vinegar in water is essential, otherwise you’re going to experience throat irritation, breakdown of tooth enamel, or even burns. To help make the concoction taste better, people also like to add a little raw honey, which has a myriad of health benefits on its own.

Drinking vinegar isn’t actually a new thing. In ancient Rome, the lower classes would often mix vinegar in their water to purify it and make it taste better. In 17th-century England, people would create “shrubs” by macerating leftover fruit in sugar, running it through a sieve, and jarring it with vinegar to preserve it. Shrubs have been experiencing a comeback in the bar scene, especially in the UK.

Creating these “shrubs” or vinegar drinks has become a savvy business move for a lot of companies. Beverages like Suja’s Drinking Vinegar are mixing ACV, water, fruit juice, sugar, and probiotics into health tonics that can have as few as 20 calories. Because drinking straight vinegar and water is not appetizing, and who wants to pay $3 a bottle for that, Suja’s and others are concocting interesting flavors. Suja’s offers peach-ginger, lemon-cayenne, and strawberry-balsamic. Some brands are fizzy in imitation of soda, while others are flat.

One of the hottest brands comes out of Pok Pok, an award-winning Portland eatery. They serve drinking vinegars in-house, and now bottle them because of their popularity. They have flavors like apple, thai basil, pineapple, and honey. Made with fresh fruits, spices, herbs, and organic cane vinegar, the vinegars can be used as a soda drink (when mixed with four parts soda water), as a cocktail mixer, or marinade ingredient.

If you’re interested in the health benefits of sipping some vinegar, but want something a bit tastier like Suja’s or Pok Pok, just make sure to look at the amount of sugar in your drink of choice. Your drinking vinegar should not taste like a normal soda pop, and you should expect a good deal of tartness. If it’s too strong for you, you can also keep diluting until it’s pleasant enough. Some people experience stomach distress after drinking vinegar that’s too strong for them, so be sure to be at home the first time you try one.

Money, Marriage and the Avoidance of All-Out War

The Life of a Perfectionist – How to...

Everything you Need to Know about CBD oil...

The Reason Why People Avoid Dentists? It’s Not...