Most people know two things about Chopin if they know anything: 1) he was a composer 2) he was always sick. Chopin died young at only 39, having been ill for most of his life. Tuberculosis, considered a “romantic” disease because it supposedly made people more emotionally-sensitive, was the official cause of death, but historians have wondered for years if that was accurate. The secret lies in Chopin’s heart itself, pickled in alcohol.

The life of Chopin 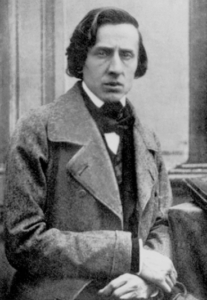 Frederic Chopin’s life was always all about music. He made his official debut in Vienna, and then went to Paris in 1831. Originally from Poland, he spent the rest of his years away from his homeland. In 1832, he was able to earn his living by publishing his music and teaching rich students. He hated giving public concerts – it troubled his fragile health – so he was happy staying out of the spotlight. He is most famous for his “Nocturnes,” short piano solos that he wrote between 1827 and 1946. The form existed before, but Chopin really defined the genre. “Nocturne in C Sharp Minor” is arguably the most famous, and can be heard in the film The Pianist.

Chopin’s health sharply declined in 1842. His partner at the time, author George Sands, took care of him, but their relationship ended five years later after tensions came to a head. In 1848, he gave his last public concert for Polish refugees. Attendees were not doubt troubled by his appearance – he weighed less than 99 pounds. The end was near. He spent his last year in bed in a Paris apartment, visited only by his closest friends. His sister Ludwika came, and early in the morning on October 17th. Some of his final words were to his doctor, asking him to “cut me open,” and remove his heart to be sure he was dead. Chopin had a fear of being buried alive.

According to his wishes, Chopin’s heart was cut out and put in a jar with alcohol. His sister took it to Poland in 1850. It was entombed in a church. The story gets strange here, and at some point during WWII, a German soldier took the heart before the church was destroyed. It eventually made its way back to a Polish cardinal, and was returned to a church pillar. It was supposed to remain there until 2064, but questions persisted about Chopin’s cause of death. 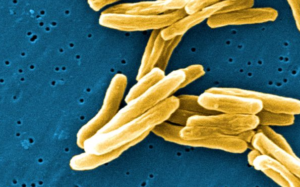 After much debate, scientists were finally allowed to get a look at the heart. During the war, Nazi occupiers in Poland tried to block Chopin’s music, because he was held up as a “native son,” a representative of free Poland. His heart is seen as somewhat of a relic, which is why it took so long for any study to be allowed. Scientists didn’t even open the jar, because it would destroy what was inside. Historians aren’t even 100% sure it is Chopin’s heart, but after looking at details like the type of thread uses to stitch up the heart and the type of jar, it does match his era.

When scientists looked at the heart, they saw it was covered in fine white fibers and lesions. This lines up with symptoms of tuberculosis. The heart was also enlarged, which implies problems with the lungs. Diagnosis? Pericarditis, a rare complication of tuberculosis. It seems we finally have a certain answer about what killed Chopin.

Because diseases like tuberculosis were so common during Chopin’s time, people had a morbid fascination with death. Evidence of this can be found in the daguerreotype.