There’s something about having a little girl that makes a parent want to cocoon them in copious amounts of pink: Pink swaddling blankets, pink onesies, pink dresses and later on, pink matching shorts sets. It’s become a given and because of social conventions, it has also become an expectation. Therefore it raises the question for female infants: is it expected that baby girls will wear the ultimate feminine color? Despite yellow, white and purple are often seen too, pink currently reigns supreme as the most commonly “worn” colors by bundles of joy of the fairer sex. 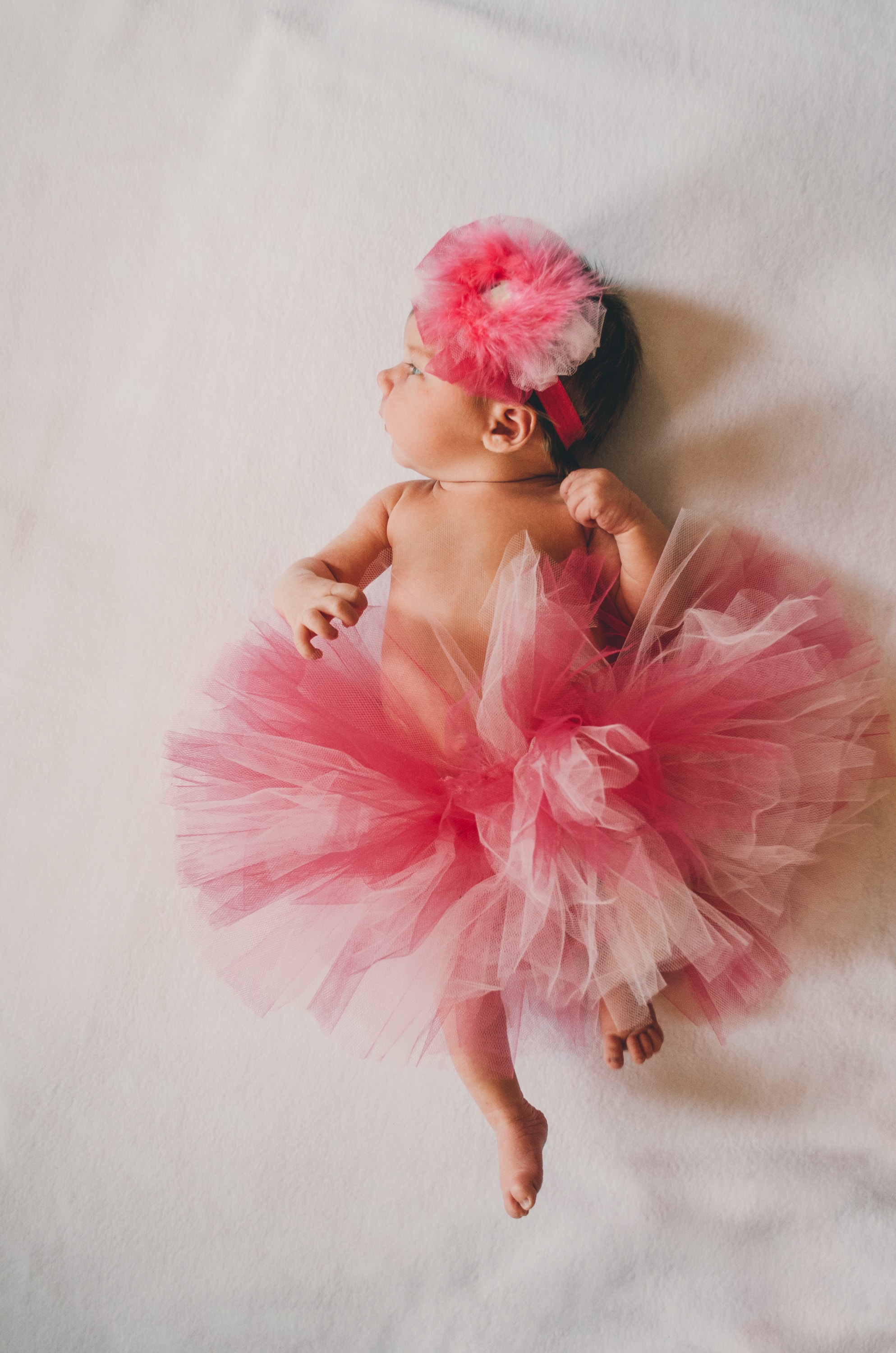 For decades, pink has been the staple color for baby girls. In recent years, more and more parents have been dressing their children in more neutral colors.

Identity Crisis: Forced Upon by Parents?

Not that the little ones have any real choice in the matter. There is a direct and sequential system involved in the entire scenario that starts at the top: Babies wear pink because their parents put them in clothes in that color.  Parents, in turn, obtain the outfits they dress their baby girls in by purchasing them or receiving the clothing as gifts from others courtesy of department stores and online boutiques. Retailers in turn, stock them because it’s simply what baby girls are known to be dressed in. The pink question for female infants can be attributed to the intricacies of gender identity and roles dictated by society which has been studied by sociologists the world over since the early 19th century.

Ultimately many parents have bucked the “trend” and opted to eschew social conventions choosing not to dress their baby girls in outfits that were varying shades of cotton candy. However, Kanye West and Kim Kardashian are arguably the most famous and well-known parents to do so. Over the past 18 months, various photographs of their daughter North reflect the fact that the high profile duo prefer to dress her in unconventional colors for girls under the age of 5 such as black, white and grey. Yet nothing much has been said by bloggers regarding the couple’s unique choice to dress the child in that manner. Regardless, their decision begs the question regarding whether or not parents should be willing to make their own rules when it comes to their baby’s wardrobe, irrespective of social mores.

Considering  the pink question for female infants on whether it really is important for girls to wear pink clothes in addition to elaborate floral hair bows, white Mary Janes and frilly white socks may not necessarily be a negative thing. Reasonably they, like North, can look perfectly cute and “girly” without them and it is presumably cheaper and less time-consuming to dress girl children in unisex , gender-neutral styles. But then is it really worth it to? Possibly, but many would undoubtedly beg to differ. Primarily because most can attest to the fact that it is one of life’s joys to gaze at a little puffball of cuteness crawling around, leaving delightful coos and the sweet, euphoric smell of talcum powder in their cotton candy-colored wake.

Annette Kellerman and the First One Piece Swim Suit