written by Gabriela Golumbovici May 21, 2018

The MLB season continues to roll along. For some MLB teams the hunt for October is alive, while other clubs have started off slow with a small chance to reach the MLB playoffs. While it may seem early, the season still has over four months left of baseball, we have seen over the years a slow start is a difficult task to overcome. 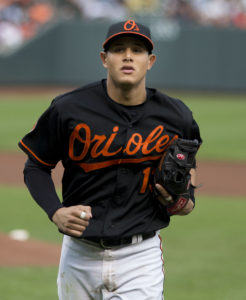 For the clubs that have started off slow, the MLB rumor chatter has begun as teams start to look for possible MLB trade candidates while sports analysts being to put together prospective trade potentials. The same can be said for this year as we have seen a few big name stars linked to being traded.

At the top of that list is the Baltimore Orioles shortstop/third baseman Manny Machado who is in the final year of his rookie deal with the club. With the expectations he will test the free agency waters this offseason, and the amount of rumors around a trade this past offseason, we can expect to see him on the move as the Orioles sit double digit games out of the second Wild Card position.

One club who could be all in, is the Chicago Cubs who continue to be linked to Machado. As Machado is the top headliner on the trade market the list of other possible candidates are pretty solid as well. Here are a few of the other potential MLB trade candidates who should be on the MLB rumor mill till the trade deadline.

The Marlins catcher’s name service for most of the offseason as the team elected to trade off key stars including 2017 MVP Giancarlo Stanton. As long as Realmuto stays healthy we expect to see him dealt before the trade deadline to a team that needs a solid catcher. Realmuto has a .313 batting average to go with six home runs over just 25 games played this season. 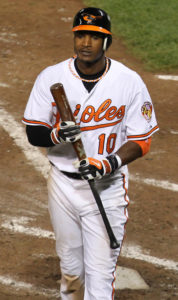 Here is another Oriole who could see his name service till the trade deadline and one that could send the team’s longest tenured Oriole on the move. That said, for the Orioles they could reach out to Jones telling him they are willing to trade him to a contender to have a chance to reach the World Series, but will be very active in pursuing him in free agency as they look to start a new ERA next season.

While teams fight for Machado who can play both short stop and third base, Donaldson might be the next best option available as he enters his last year with the Blue Jays. Donaldson has battled injuries this season but has five home runs and 16 runs over 26 contests. In the end, if Donaldson moves it will come down to how the Blue Jays play from now till the trade deadline (22-22). 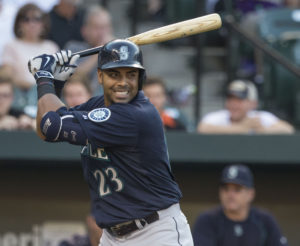 Here is a proven power hitter who has seven home runs on the season while dealing with some injuries limiting him to just 29 contests. We expect the Mariners to shop Cruz as they look to get younger heading into the next season while saving some of the cash on his current salary. Look for Cruz to be a candidate on many of the playoff caliber clubs in the American League. 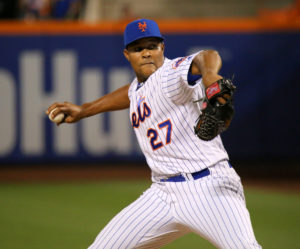 As teams fight for starting pitchers and closers, Familia could be a very attractive target for a club looking to solidify the back end of their bullpen. Over the past few seasons we have seen clubs trade a ton of valuable prospects for closers. While the Mets are hanging around contention, a slow end of May and June may lead the club to look at the trade market to help add some valuable young assets.

Now you might think this is crazy but the Dodgers are currently eight games under the .500 mark, five games behind the second Wild Card spot and eight games behind the Arizona Diamondbacks in the National League West. While everyone continues to expect them to turn the switch on, the club has won just two of their last ten contests and Kershaw will be a free agent after the season. These are all solid reasons and a trade for Kershaw could land the Dodgers a solid haul of prospects to build around or trade for pieces this offseason while reaching back out to their ace during free agency.

Health News: Ditch the Hamburgers to get Pregnant, and Firefighters’ Cancer Risk