Predictions About Today From 50 Years Ago 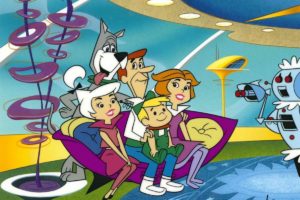 “Meet George Jetson. His boy, Elroy. Daughter Judy. Jane, his wife.” The theme song for The Jetsons wasn’t just the beginning of a cartoon. We believed that the Jetsons world would be ours by now. How did the experts foresee 2018 for the United States? Gildshire looked into the archives and found a 1968 New York City-hosted symposium, attended by representatives from several international news organizations. Reuters, Associated Press, United Press International and Paris Match were there. Here were their conclusions. Let’s keep score to see how accurate they were.

The U.S. population would number 400 million. Since 1968 the size of the American household has shrunk from an average of 3.32 persons to just 2.49 persons. The slowdown has stalled population growth even as the foreign-born American population has grown. How many people call this country home? Just 316 million. Wrong!

The numerical term “trillion” will come into common usage. In 1968 “one billion” was a number almost too large to fathom. Now, corporations and sports franchises are easily worth a billion dollars. The national budget will never again drop below a trillion dollars a year. Correct!

One city will merge toward another and 200 million cars will crowd the highways between them. It is true that “wide open spaces” are harder to find today than they were in 1968. Travelers on Interstate 95 down the eastern seaboard only rarely see much in the way of open ground. While there are only 111 million cars on the roads, when trucks and motorcycles are added into the mix, vehicle totals are 254 million. Correct!

Supersonic trans-Atlantic travel will reduce the time it takes to cross the pond. First to 1.5 hours, and then to 45 minutes. The Concorde cut the time it took to the fly New York-London route to 3 hours, 20 minutes and it looked like we were on our way. But, the airfare and fuel consumption of the Concorde limited its appeal. Then a Concorde crashed, killing all who were aboard. That pretty much ended the Concorde’s appeal. Forty-five minutes across the Atlantic? Wrong!

China’s population will exceed 1.5 billion and the Sino-Russian relationship will reach the breaking point due to China’s need to expand into eastern Russia. While the Chinese population is about 1.35 billion, the rest of the prediction is incorrect. In fact, China and Russia have never enjoyed a closer relationship than they do today. An energy pact satisfied China’s need for fuel and Russia’s need for money. More wrong than correct! 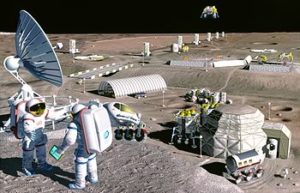 By 2018 America would have a colony in space. The last man to walk on the moon was Gene Cernan aboard Apollo 17. That took place in 1972. Today, more than one private company is planning lunar passenger travel and we make noises about travel to Mars. But, the sheer logistics of time and distance baffle us at every turn. Colonization isn’t happening anytime soon.  Wrong!

Nuclear weapons will have proliferated around the globe. The following countries now have nuclear weapons within their military arsenals: China, France, India, Pakistan, Russia, the U.K. and North Korea. The number grows almost annually. Sadly…Correct!

The 40-hour week of 1968 will be the 29-hour workweek in 2018. In other words, four six-hour days, followed by five-hour Friday. Average family income, now $7,800 a year, is likely in another half-century to exceed $20,000 a year in 1968 dollars. As much as the prognosticators of 1968 foresaw short workdays followed by grabbing a cold one from Rosie the Robot Maid, that is far from the norm. Average work hours per week are actually up from 1968. The average American worker logs 39 hours from Monday through Friday and 5.5 hours on the weekend. But, where the predictions really fell off the rails was in their salary expectations. “$20,000 a year in 1968 dollars” translates to $153,050 dollars a year in 2018 numbers. The American household, on average, brings in about one-third of that amount. Wrong!

1968 will seem as the good old days to a dangerous and overcrowded 2018. Fifty years ago has seemed like the good old days since time immemorial. In 1970, Archie and Edith Bunker sang, “Mister, we could use a man like Herbert Hoover again.” So, sure, in some ways, 1968 was as good as it is old. But, the Selective Service was plucking young men out of the parking lot of the “Chocklit Shoppe” and dropping them in a Vietnam jungle. Race riots wracked and ruined our cities as minorities fought for the rights they should have won at the end of the Civil War. In 1968, Rev. Dr. Martin Luther King Jr. and Robert F. Kennedy were gunned down before they could have the impact on society that they could/should have. So, a true eye on history won’t see those days as “good old…” Is 2018 “dangerous?” The raw numbers say “no” but to young, black males driving through white neighborhoods at night, raw numbers mean nothing. So, let’s call this one Half and half!

If you were around in 1968, how did you think life would look today? Did it turn out that way? Your friends at Gildshire hope it turned out better than you thought.

How Accurate Are The Five Stages of Grief?