Happy President’s Day, boys and girls. From George Washington to Donald Trump, the American Presidency has been a landmark of orderly transfer of power. Where so many countries change leadership through coup and bloodshed, the United States of America transfers power with a handshake and a note left in the desk in the Oval Office.

Who are these guys? What made them different than you and me? Were they born to power or did they have power thrust upon them? Or, were they in the right place at the right time. Good questions that are worthy of discussion and debate on this President’s Day.

Today, though, Gildshire wants to shed some little-known light on the Presidents. We hope you enjoy a round of President’s Day Presidential Trivia:

1. This President was also a committed inventor. He is credited with the invention of the coat hanger and the hideaway bed.

The correct answer is b). T. J. was an icon of his day. He invented both of the above items, and the dumbwaiter, as well. Jefferson chose what would be on his headstone, and President of the United States is not included. Instead, Jefferson preferred to be remembered as the author of the U.S. Constitution and the founder of the University of Virginia.

2. This President established Yellowstone as the first in the National Park system.

The correct answer is d) and you don’t believe us. We were surprised, too. In fact, T.R. is credited with the expansion of the National Park system, but Yellowstone was in place long before the Roosevelt Presidency.

3. This President hosted his daughter’s high school prom in the White House.

The correct answer is a). Susan Ford gave her classmates a never-to-be-forgotten experience when she had them over to the house for prom.

4. This President received a speeding ticket while in office.

The correct answer is d). President Grant galloped down the streets of Washington D.C. on his horse, at an excessive rate of speed and was fined $20 for the infraction.

5. This President lost the entire White House china collection on a single hand of poker.

The correct answer is a). It is lost to time what hand President Harding was holding when he went all-in with the dishes, but it wasn’t enough. 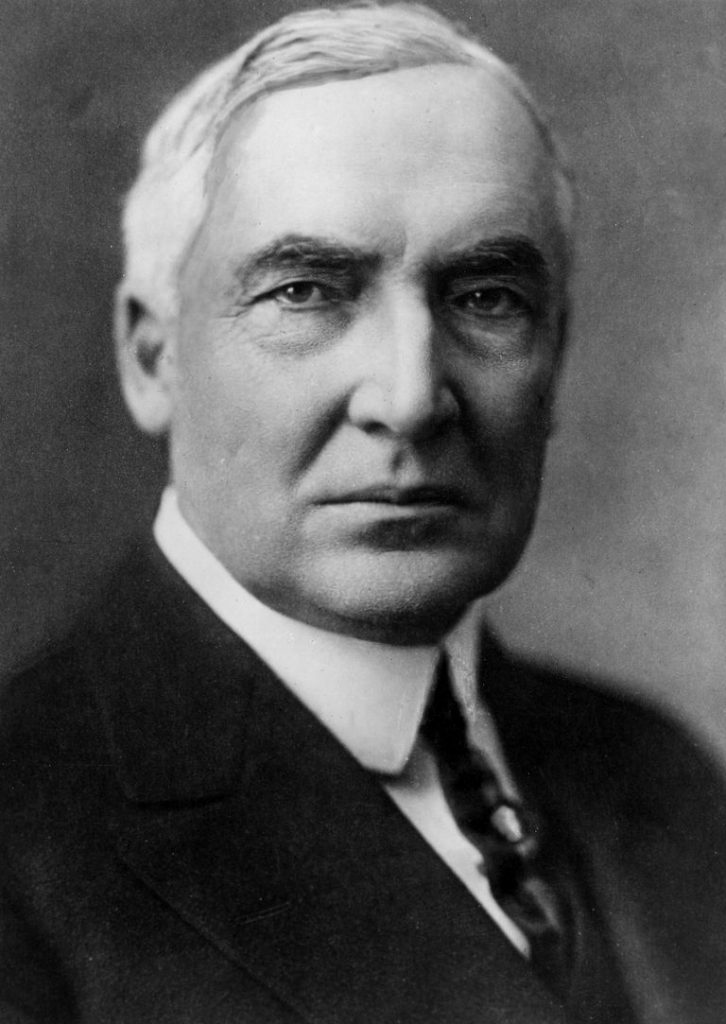 6. This President averaged nine hours of sleep a night and supplemented with a 2-4 hour nap every afternoon.

The correct answer is a). The somnolent President Coolidge was renowned in Washington for his ability to fall asleep at a moment’s opportunity.

7. This President was the first to reside in the White House.

The correct answer is b). When President Washington’s came to office the executive home was in Philadelphia. John Adams moved his family into 1600 Pennsylvania Ave while the paint on the walls was still drying.

8) This President was the first to have been named a Rhodes Scholar.

The correct answer is c). President Carter missed out on being a Rhodes Scholar by a fraction of a point.

9) This President, an accomplished pianist, got up at 5 am every morning so he could practice the piano for two hours.

The correct answer is a). President Truman was known to play a tune or two at White House gatherings.

10. This President is one of two to be a cousin to a previous President. Franklin Roosevelt was the fifth cousin to Theodore Roosevelt. Can you name the other Presidential cousins?

The correct answer is d). President Carter is a distant relative to Richard Nixon. They are sixth cousins.