Prettiest Places in the U.S. to Go For a Run

Home » Healthy Lifestyle » Prettiest Places in the U.S. to Go For a Run

For just two grand NordicTrac and Bowflex can restore to you the body you had when you were twenty. The shiny and new ones have software that can simulate the outside world. The platform rises and falls, just as if you were jogging along the Pacific Coast Highway. Or, you can save $2000 and jog along the Pacific Coast Highway. Gildshire Magazines did the legwork, thus all you have to do is work your legs. Here are our choices for the prettiest places to go in America to go for a great run. 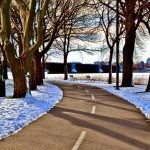 On the Cambridge side of the Charles River, you’ll run past M.I.T. and Harvard. Imagine yourself a future President of the United States (seven of them are Harvard grads), or that you invented Facebook. Directions: From downtown Boston go west across the Longfellow Bridge, and take Western Ave. to the trailhead. 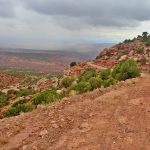 Hidden Valley Trail, Moab, Utah: Utah has some of the starkest and most striking scenery in the United States. It begs slow and careful pondering. Seventy-five miles an hour is no speed to ponder anything slowly and carefully, but four miles an hour sounds about right. On Hidden Valley Trail’s experience Utah’s famous Behind the Rocks area and connect with the Colorado River for a cool dip at the end of your three-mile run. As always stay hydrated, but even more important on this trail. The combination of midday temperatures and elevation will suck the water right out of your body. From Moab take U.S-191 south to W. Angel Rock Rd. Follow Rim Rock Lane to the trailhead.

Mesa Trail, Boulder, Colorado: The folks who live in Boulder look like they were born on an elliptical machine. Their taut little bodies and their bulging tendons get that way from hiking, running, and biking at altitude. 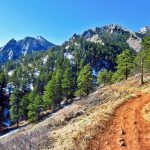 The ever-present smile on their faces is from living in this beautiful part of the world. Don’t you just hate them? Don’t hate them! Join them on the Mesa Trail. This seven-mile trek is actually just the gateway run for a myriad of trails that wind through the Flatirons. Eventually, you will be atop 8,459 foot Bear Peak, gazing down as the Master of all you survey.  From the heart of Boulder take Broadway to Table Mesa Dr. Left on Lehigh, right on Bear Mountain and follow the signs from Stony Hill Dr. to the trailhead. 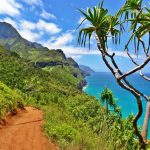 Kalalau Trail, Kauai, Hawaii: This one almost isn’t fair. The 50th State is Number One in places to run that will include scenery beyond compare. You can run through midtown Honolulu and see soaring peaks and blue water. Where is the challenge? Ah, but which run offers the very best experience? That’s what your friends at Gildshire sought out. Welcome to the Kalalau Trail, on the island of Kauai! You will get some awesome cliff views along the way and be rewarded at the end with Hanakapai’ai Waterfall. Be aware that this is a taxing run. We don’t recommend it as anyone’s first try but for the experienced, it is a run of a lifetime. From Princeville take the Kuhio Highway west to the Ke’e Beach trailhead.

Broken Hill Trail La Jolla, California: There is little point in holding Most Livable City Award ceremonies because San Diego wins them all. Little wonder then, a San Diego-area hike would be included on our list. Just south of the achingly pretty town of Del Mar, Broken Hill Trail samples the Torrey Pines State Natural Reserve. It’s home to some of California’s most-stately pine trees. 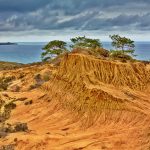 At the top (only 300 feet above sea level) Broken Hill can be the end of the run or it can combine with Razor Point and/or a beach sojourn. What will you see besides pine trees? The blue Pacific at sundown will make you glad you’re alive. From Del Mar take Camino Del Mar and N. Torrey Pines Rd. to the trailhead.

Wildwood Trail, Portland, Oregon. First, we need to define our terms. New York’s Central Park is the nation’s largest urban “park,” while Portland, Oregon’s Forest Park is the nation’s largest urban “forest.” The difference skews toward the Pacific Northwest when we’re talking about the best places to run. Wildwood Trail is thirty miles worth of sweet-smelling hike with a soft surface underneath your feet. That matters a lot because I believe I said, hello, 30 miles! On the trail, find views of the Portland skyline along with views of Mt. Hood, which is, for our money the most “mountain-looking” peak in the Cascade Range. Ask Portlandians and they will cite chapter and verse about why their city is the best in the West. Wildwood Trail is very good evidence in their favor. From downtown Portland take NW Cornell and Skyline Blvd. to the trailhead.