When archaeologists dig up coffins and graves, they often find human remains inside. They can piece together bones and collect clues about who the person was based on what they were buried with, but what did these people look like? Reconstructing ancient people can be a challenging, but rewarding process. Recently, scientists achieved a remarkable feat: they constructed a voice.

Nesyamun was a priest during the reign of Pharaoh Ramses XI, an especially chaotic time. As a waab priest, he was able to enter the most sacred part of the temple of Amun found at Thebes. It’s most likely that he died in his 50’s from an allergic reaction and he also shows signs of gum disease. The Leeds City Museum cares for his mummy.

Speaking and singing were essential to his job. On his coffin, there’s even text that says Nesyamun wished his voice could be heard in the afterlife. Researchers managed to make that possible. Reconstructing ancient people is never easy, but this was something that’s never been done before. How did the scientists do it?

Researchers from Royal Holloway, the University of York, the University of London, and Leeds Museums scanned the mummy’s vocal tract. They were able to do this thanks to the excellent preservation of the soft tissue. If the mummy had been more degraded, we wouldn’t know what his vocal tract looked like. With those measurements, they 3D printed a voice box. The “voice” was then created using an artificial larynx sound. What did Nesyamun sound like? Right now, researchers have just heard a vowel sound, so it sounds like a goat. The hope is to use computer models to create full sentences. 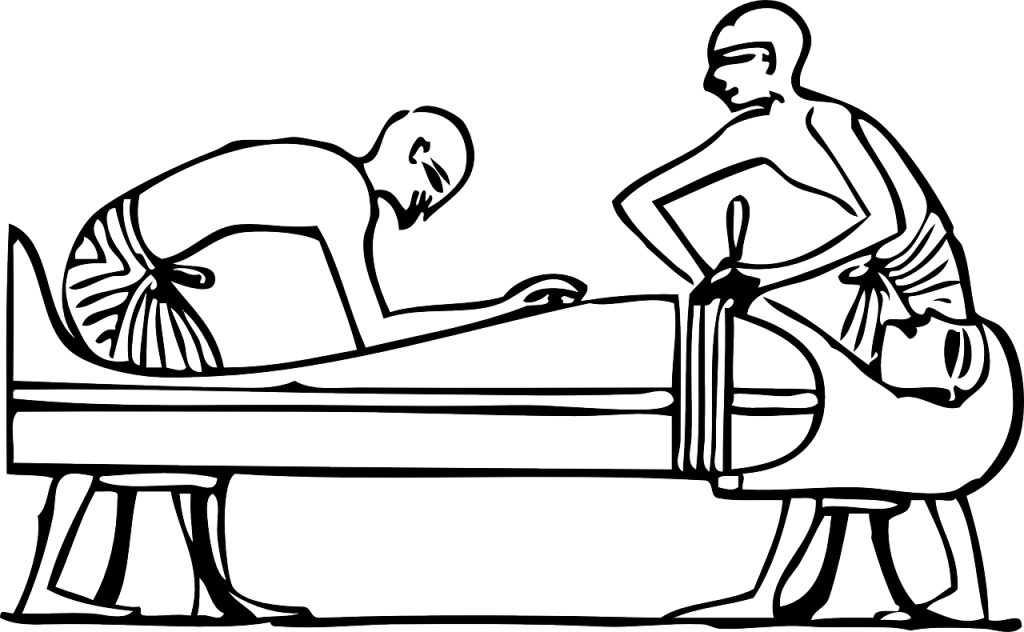 Thanks to the Egyptians’ embalming skills, researchers could scan the mummy’s vocal tract

Nesyamun isn’t the only Egyptian that researchers have attempted to reconstruct. In 2005, physical anthropologists and forensic artists examined one of the most famous Egyptians of all time: King Tut. They used 3D CT scans of the mummy, collecting 1,700 digital images. Using forensic techniques, they constructed a face. In 2014, a team went deeper with more scans and genetic analysis, building his whole body. It revealed physical attributes like an overbite and club foot.

Credible reconstructions get more difficult with very old or degraded remains. Well-preserved remains from the Neolithic era are rare, but a male skeleton originally found in the mid-19th-century was good enough. Expert Oscar Nillson took on the facial reconstruction in 2013, using 3D scans of the skeleton and materials like silicon. The Neolithic man has dark brown hair and hazel eyes. His model stares out at visitors of the Stonehenge Visitor Center, where he stands.

Face to face with the past

Whether it’s their faces or voices, reconstructing ancient people brings history to life. When all we see are bones or mummies, it’s hard to imagine real, breathing people going about their lives. With innovative technology, experts can create vivid, life-like depictions of what people looked like in their own time. It can make us feel a deeper connection to the past and our collective history as a species.

There’s a joke on the Internet about Nesyamun and that recreating his voice will conjure an evil spirit. This isn’t the first time people have gotten funny about Egyptian history. In 2018, a petition involving a mysterious black sarcophagus got the media’s attention.